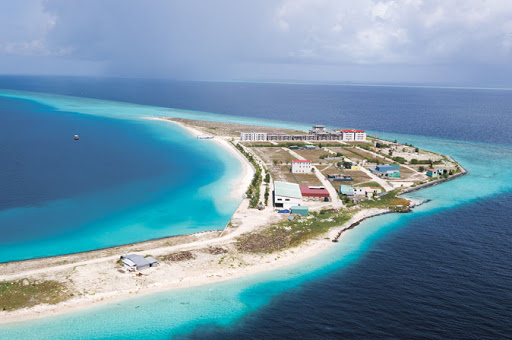 The People’s Majlis Environment and Climate Change Committee have proposed to the government to allocate land for minimum 6,000 housing units from Gulhifalhu in Kaafu Atoll.

The ongoing reclamation at Gulhifalhu has been causing several disputes with regard to the damage to the reef of Villimale’ where the parliament committee and Environment Protection Agency (EPA) has been reviewing the matter closely. The finalised report from the committee outlined that due to the massive impact of the project on the environment, it is important to gain economical and social benefits as well where 15% of land can be allocated for minimum 6,000 housing units as essential with the highly-dense population and lack of housing in Male’ area.

The environment committee has further suggested other guidelines to minimize the environmental impact of the project such as for the operators of the project to follow the measures of EPA with a temporary committee of authorities to monitor the damages daily and release the detailed report to the public by EPA and through media weekly while halting reclamation during high tides. Furthermore, additional measures were suggested including setting a maximum depth threshold for reclamation and rejecting permission to proceed if no budget is allocated for environment protection for any such projects in the future and that relevant actions will be taken if the regulations are not followed.

Gulhifalhu is being promoted as a strategic location for manufacturing, warehousing and distribution facilities with key infrastructures installed including water and sewerage systems, electricity grids, high-load capacity roads, telecommunication networks and an industrial wharf.