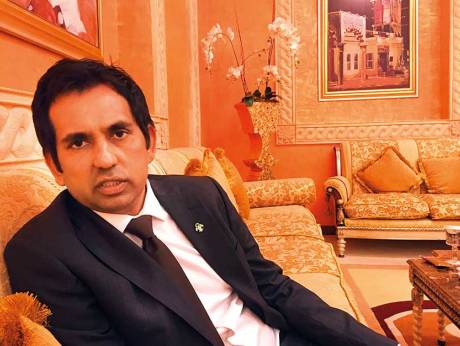 DUBAI: Apart from the serene beaches and blue lagoons, Maldives is sending a message to the world: It’s open for business.

Through presenting its multi-million projects to further develop the infrastructure, mainly the international airport, the South Asian Island country is seeking more foreign investments, declaring it as the “most competitive investment destination” in South East Asia, its economic minister said.

Mohammad Saeed, Minister of Economic Development in the Republic of Maldives, said his government is not only seeking stronger economic relations with UAE — its biggest trade partner but also trying to tell the world that it is thriving.

Speaking to Gulf News in an interview on the sidelines of an investment forum in Dubai on Monday, Saeed said his country’s participation is not just for networking with the business community in UAE. “But [it also wants] to convey to the world that the Maldives is open for business and Maldives continues to thrive, achieving the development milestones set by President Yameen when he assumed power in 2013.”

He added: “We believe that by presenting our potential projects to the international audience using Dubai as a platform, we can have a wider coverage… what exactly we are doing back home as far as investments are concerned.”

To cite an example of the positive economic environment, the per capita GDP (gross domestic product) in the Maldives has almost doubled to $12,000 in a span of four years from nearly $6,000 in 2013. This comes as a result of several factors, including government plans and the arrival of foreign investments, Saeed said.

The UAE is the biggest trade partner of Maldives, with nearly “40 percent” of imports from the country in the form of petroleum and non-petroleum products, the minister said.

It is estimated that Maldives imports more than $150 million of non-petroleum products from the UAE every year, including machinery, food and beverages, construction materials and other key items.

The fact that the UAE is connected with the Maldives with several flights a day by Emirates and Etihad certainly help. The two airlines offer the European tourists a “very frequent and convenient routes to visit the Maldives,” Saeed noted.

Nearly 40 business leaders from the Maldives representing some of the leading companies in the South East Asian country accompanied Saeed to the forum.

Commenting on the potential investment sectors from the UAE and the Maldives, Saeed said: “Tourism, of course, is our key attraction. [And] real estate, transportation, communication, aviation and renewable energy are [attractive businesses] in this part of the world, especially in the UAE.”

Currently, “the size of the portfolios that were given registration in the last four years for a span of five years is estimated at $14 billion,” he said. At the same time, the government itself is implementing a number of projects to facilitate the foreign investments pooling.

“Every island is capable of using phones and internet — the most effective communication in any small island state. We currently have 1.2 million tourist arrivals a year. And we are targeting seven million tourists in another 5-7 years,” Saeed said.

The Maldives comprises 19 atolls with a total of 1,200 islands. So far, the Chinese tourists constitute, for the seventh consecutive year, the highest number of tourists, while the Singaporeans, as a group, are the biggest foreign investors.