A ruling party lawmaker has berated islanders in the south of the country, accusing them of being ungrateful towards the president and telling them to boycott an upcoming opposition rally.

The MP and parliament majority leader Ahmed Nihan lashed out Tuesday night at a Progressive Party of the Maldives event, taking aim at the people of Thinadhoo in Gaafu Dhaalu atoll and two former PPM politicians who lost their seats after being expelled from the party.

Nihan lauded the achievements of President Abdulla Yameen, claiming the leader had brought in MVR1 billion (around US$65 million) worth of development to the island and recounting his own Thinadhoo ties to the audience.

“Where is the appreciation for the sincere sacrifices made by President Yameen for the people of Thinadhoo and that atoll?

“If the people of Thinadhoo and even Gaafu Dhaalu atoll have any sincere [gratitude] in their hearts, you will not take part in the [opposition] coalition rally on the 23rd night [Thursday night] in Thinadhoo.”

The island faces a crucial by-election brought on by the two MPs exit. It will be the first test – for the opposition coalition and Yameen – ahead of presidential polls later in 2018. 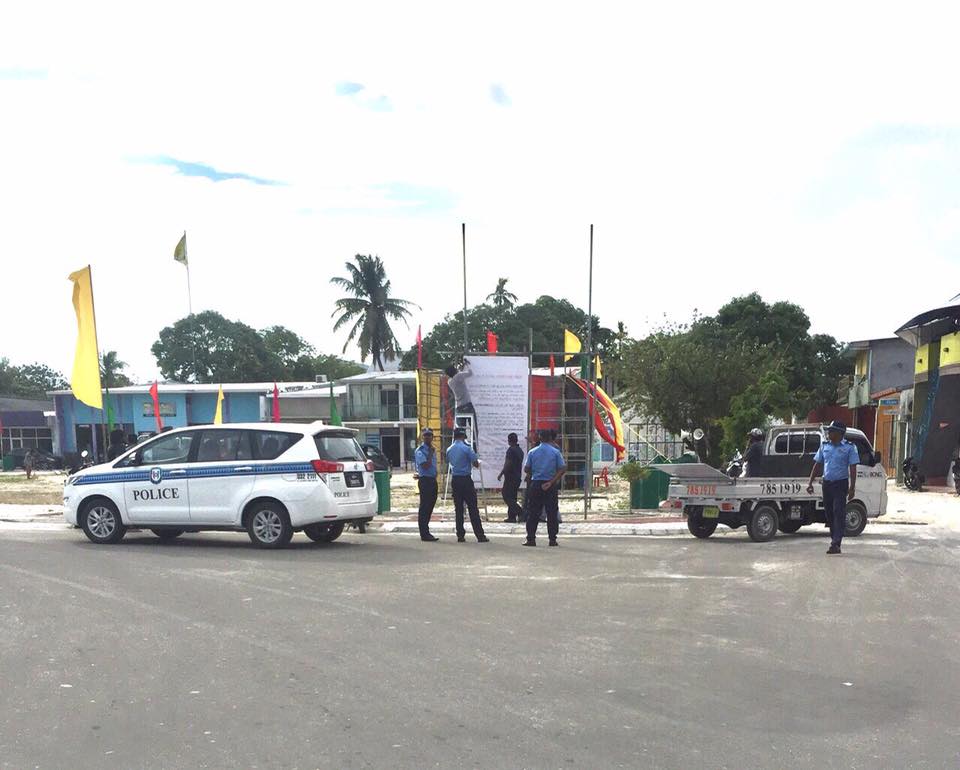 Nihan slammed the two politicians in the speech, a recording of which has been seen by the Maldives Independent.

“The two MPs from Thinadhoo, while with the parliamentary group of the president, were traitors to this nation and took part in the movement that almost led to the country being lost [to Maldivians].

“Honourable president, there are people in Thinadhoo who believe in the development you are bringing and the sincerity you have shown. We will get them out of their houses and beat the traitors and mutineers.”

Abdulla Ahmed, one of the MPs kicked out of the PPM, said Thinadhoo was an island of reformists.

“The development work in Thinadhoo was not done because President Yameen took the initiative. It is the work of the MPs for the island and the people as well. They can’t be threatened like this. It is not going to work,” Ahmed told the Maldives Independent.

Saudulla Hilmee, the second MP bashed by Nihan, said the islanders were ashamed at the way Nihan had addressed them.

“You can’t call out favours when the people get dissatisfied with the current government. The development work in Thinadhoo was kicked off or planned by previous governments.”

Both the PPM and the opposition coalition are currently campaigning in Thinadhoo.

On Wednesday island police armed with a court warrant started removing opposition party posters and billboards on the island.

The posters and billboards highlighted the irregularities and legal conflicts involved with the sacking of the Thinadhoo MPs and the loss of their seats.

Police refused to comment but acknowledged an “operation” on the island.