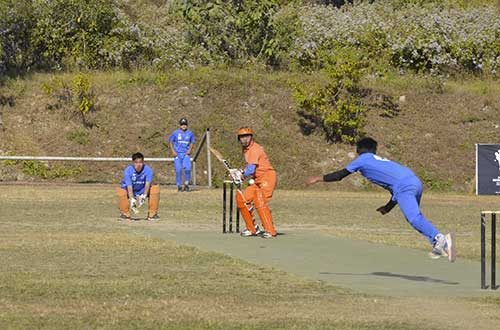 Tri-Nation cricket series between Bhutan, Thailand, and the Maldives that was to be played in Thailand between February 1 and 9 was called when the Maldives opted to prepare for the Asian Cricket Council (ACC) Western Region T20 tournament in Malaysia.

The series playoff was cancelled 10 days after ACC announced the schedule for ACC Eastern region T20 tournament that will be conducted in Thailand from February 19-26. Four countries – Bhutan, China, Myanmar, and Thailand – will take part in the tournament.

The Maldives will, however, take part in the ACC Western region T20 cricket tournament.

Bhutan Cricket Council Board’s (BCCB) head coach, Damber Gurung, said that ACC used to organise emerging nation tournament for Thailand, Bhutan and the Maldives to improve the standard of the game in three countries. “We did not play many international matches and we decided to play the tri-nation tournament.”

BCCB announced that Bhutan would take part in the Tri-series cricket playoff in Thailand on November 20.

Damber Gurung said should the tournament be on, it would have helped three countries prepare well for the upcoming ACC T20 tournaments.

“The Maldives wanted to play practice matches at the venue they were placed,” he said. “Bhutan and Thailand would play in the same venue of eastern region T20 tournament in the tri-series playoff.”

Following the cancellation of the tri-series cricket playoff, BCCB also cancelled Goalpara cricket tour to Guwahati, India. However, Goalpara district team will be visiting Thimphu for a practice match with the national cricket squad.

BCCB has a plan to send the squad at-least 10 days before the tournament to play practice matches against team Thailand.

The coach said that the selection was based on game experiences. “Most of the players played the tournaments continuously. We judge them on their domestic and past international performances.”

The squad will undergo training camp at Pelkhil oval in Thimphu from January 6. The final 14-men squad that will participate in eastern region T20 tournament will be declared on January 16.