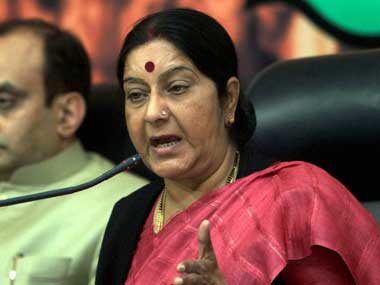 New Delhi: India said on Thursday that it attaches a lot of importance to its ties with the Maldives and hoped that the country will be sensitive to its concerns.

Replying to questions on an anti-India editorial in a Maldivian newspaper, Spokesperson for the External Affairs Ministry Raveesh Kumar said it should not be taken seriously.

The Maldives recently signed a free trade agreement with China, which is seen as Beijing’s growing influence over the island nation.

At the same time, he said India expects and hopes that the Maldives will be sensitive to New Delhi’s concerns.

On the FTA between China and the Maldives, he said India was trying to understand its implications.

“We should look beyond these developments and we should have diplomatic discussions between the two sides to address any issue between the two countries,” said the MEA spokesperson.

He said much attention should not be paid to things which are going around.

Kumar also referred to a tweet by Maldivian foreign minister Mohamed Asim a few days back in which he called the India-Maldives ties time-tested.

“Relations with #India is time-tested and is based on people to people contact & cooperation in several sectors. We remain committed to further enhancing and strengthening existing ties,” Asim had tweeted.

Meanwhile, asked about the visit of the mother and wife of Indian death row convict Kulbhushan Jadhav to Pakistan to meet him, Kumar said the modalities of the trip were being worked out.

“The modalities of the meeting are being worked out and who goes when, how do they go, how the meeting takes place, I think this is something the two countries are engaged in discussion,” said Kumar when asked about media reports quoting Pakistani officials that the mother and wife of Jadhav will be flying to Islamabad than taking the road trip via Wagah.

Asked about the comment of a Pakistani official that Islamabad may allow the two women to interact with media if India does not have any objection, Kumar did not give a direct reply, saying, “We will see.”

To a separate question, Kumar said Pakistan is under international obligation to protect the minorities in the country.

On Tuesday, External Affairs Minister Sushma Swaraj had said that India will take up at the highest level in the Pakistan government reports of Sikhs being forced to convert to Islam by a government official in Khyber-Pakhtunkhwa (K-P).

Her reaction came after leading Pakistan daily The Express Tribune published a news story about the Sikh community raising serious concerns after being forced to convert to Islam by the government official in the Hangu district of K-P.