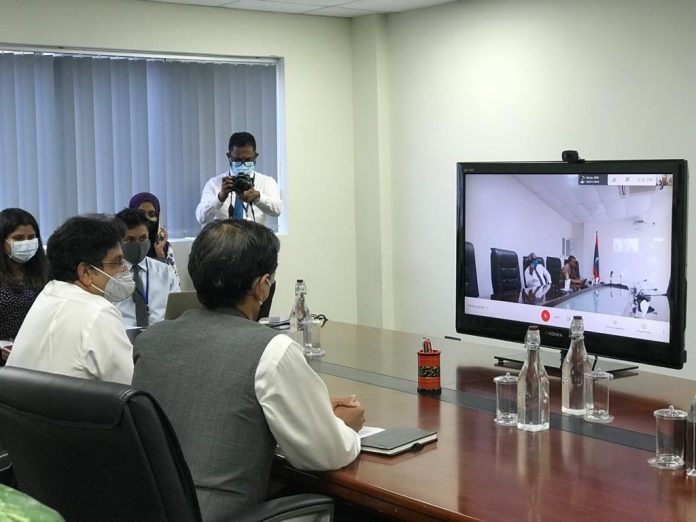 The contract for the establishment of 5 eco-tourism zones in Addu city has been rewarded to the Maldivian government and Addu city council by the Indian High Commission.

The virtual ceremony for contracting of this project has been participated by Foreign Secretary Abdulla Gafoor, Ambassador of Maldives from India, Sunjay Sudeer, Addu City representatives of People’s Majlis, Foreign Ministry, The Presidents Office and Senior Officials of the Indian High Commission.

The contract for the development of 5 eco-tourism zones in Addu City has been signed by the Indian High Commission, Maldivian Government and Addu City council during the month of February 2020. Implementing agency for this project is Addu City Council. Under this, the city council will be administrating tendering, tender evaluation and other monitoring and administrative tasks.

The project for the establishment of 5 eco-tourism zones in Addu City is being executed under the aid of MVR 85 million funded by the High Impact Community Development Project of India. Apart from this project, many other infrastructural developments are being carried out in the Maldives under this grant.

In the virtual meeting, Sunjay Sudheer stated that the aim of these projects is to encourage Councils and to instil responsible work ethics in them. He further stated that these acts will increase the capacity of councils along with its economy.