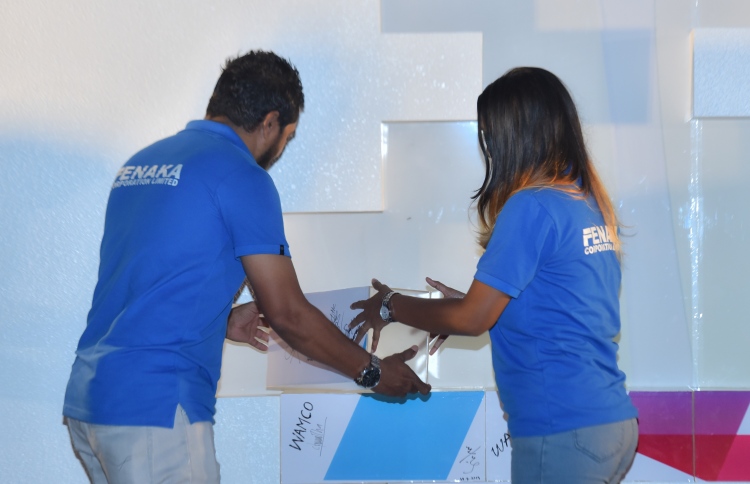 Two staff of Fenaka lays the foundation of one of the towers to be developed under the mega “Hiyaa” project in Hulhumale’s second phase of development. PHOTO/PRESIDENT’S OFFICE

In the announcement made by MTCC, it was looking to develop two towers with 15-storeys. The residential towers are to be built on a plot of 10,000 square feet. Interested parties are to submit proposals before December 10.

According to the announcement made by MPL, the company plans to develop three towers with 14 floors on a plot of 12,000 square feet. Proposals are to be submitted by December 5.

WAMCO seeks to develop one tower with 15-storeys on a plot of 12,000 square feet and asked interested parties to submit proposals by December 7.

The government awarded land to state companies to develop total 62 towers of 25-storeys each, aiming to provide housing for some 80,000 residents. The towers are to be developed and funded by the companies. However, the companies have only announced projects to develop 15-storey towers so far.

The state companies building these towers are required to allocate some of the flats for public sale after giving the rest to their employees.

Meanwhile, the government has plans to develop 15,000 flats in Hulhumale with a target completion date in 2019.