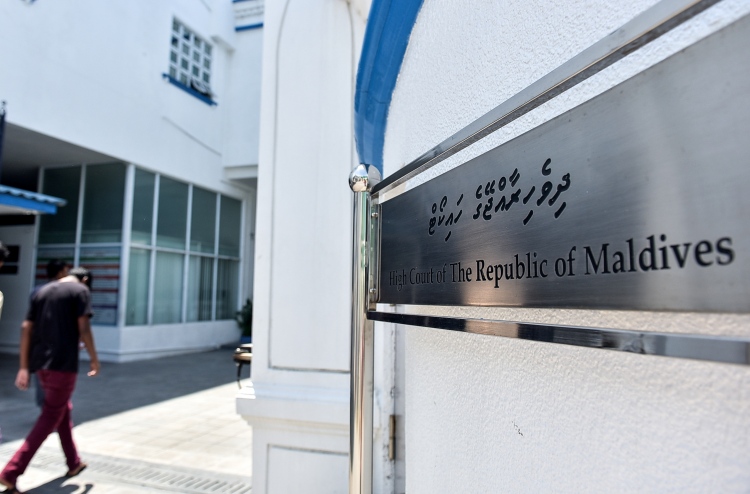 Entrance to the High Court of the Maldives. PHOTO/MIHAARU

The High Court on Wednesday upheld the 16-year jail sentence issued by the Juvenile Court on one of the perpetrators behind Ahmed Nizar’s murder in July 2013.

Nizar was riding a motorcycle when he was attacked by a gang wielding wooden and metal sticks in Laamu atoll Gan island. The perpetrator in question was 17 years old at the time of the crime, but he was of age when the Juvenile Court convicted him on terrorism charges in 2015, sentencing him to 16 years and eight months in jail.

The individual, whose identity is concealed under the Child Protection Act, had appealed the verdict. However, the High Court stated Wednesday that the testimonies of two witnesses prove that the defendant was present at the scene and involved in the crime. The court also noted that the defendant was among other suspects, who are charged in the same crime when they had gone to find an unnamed person the night before the murder and were yelling for the person to come out of their house.

Hence the High Court declared that there is no call to change the Juvenile Court’s ruling and decided to uphold the verdict.

The Anti-Terrorism Act in effect at the time of the crime stated that should a person be killed by an act of terrorism, the perpetrator would face capital punishment, lifetime imprisonment or exile.

However, the courts sentenced the defendant to 16 years and eight months because he had been a minor at the time of the murder. Maldivian law dictates that minors should receive two-thirds of the most lenient punishment for a crime.

The state is also prosecuting a number of other suspects in connection with Nizar’s murder. The trial is ongoing at the Criminal Court.