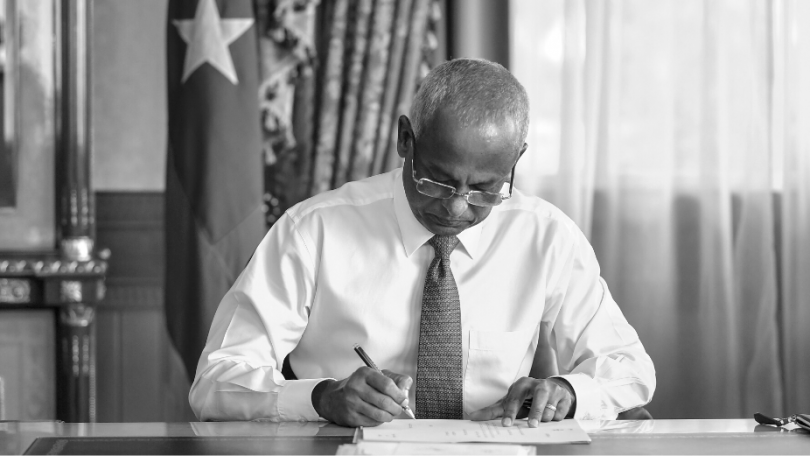 The appointments are; Uz Abdul Samad Arif as the Chief Ombudsperson; and Uza Jihada Anees and Mariyam Laiza as ombudspersons. Uz Abdul Samad Arif holds a Master’s Degree in Comparative Laws from the International Islamic University of Malaysia. He previously served as the Vice President at the Tax Appeal Tribunal.

Mariyam Laiza holds a Master’s Degree in Human Rights and Democratisation from Mahidol University, Thailand. She last served as a lecturer at the Maldives National University (MNU).

The Transitional Justice Act aims to end the culture of impunity and strengthen the rule of law, thereby strengthening democratic governance. It sanctions investigations into past wrongdoings by state authorities, heads of agencies, or individuals in power, which resulted in human rights violations.