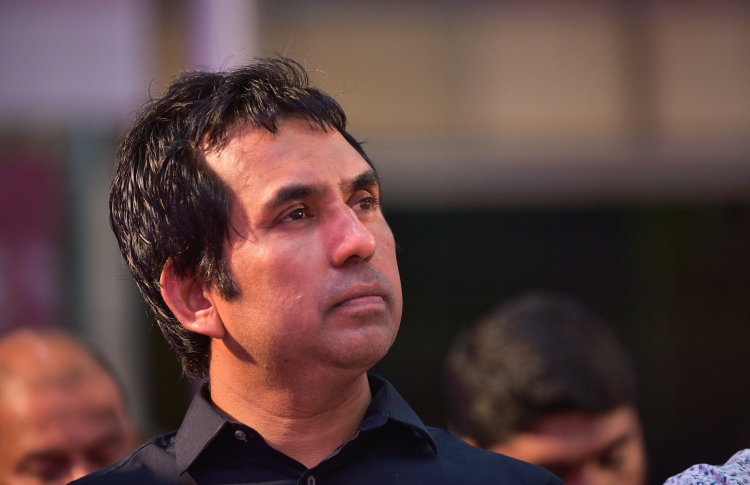 The original Dhivehi article was published on Mihaaru.com website on 4th April 2018.

‘When President Abdulla Yameen took the office there was a huge trash pile. Where is that now?’ said Mohamed Saeed, Economic Minister. ‘We don’t bluff. We have delivered. Therefore, handling the traffic issue isn’t something to raise doubts about.’

‘We will do this. We need the support of the public and businessmen in this.’

The minister described Malé’s traffic situation is like a ‘ticking bomb’. He said the from all the other government’s ignored and which they inherited, the most challenging problem to solve is the traffic issue.

‘It is 40 years since Maldives’ economic development has begun. We are going to solve the issues which had cropped up during the 40 years, within 4 years. Traffic issue is one of them,’ said Economic Minister while meeting with ‘Mihaaru’ news reporters. ‘President Yameen is building a bridge, widening Malé streets, health sector has improved drastically, the airport has double and tripled and improved, and Hulhumalé has multiplied in size. Aren’t we solving problems?’ 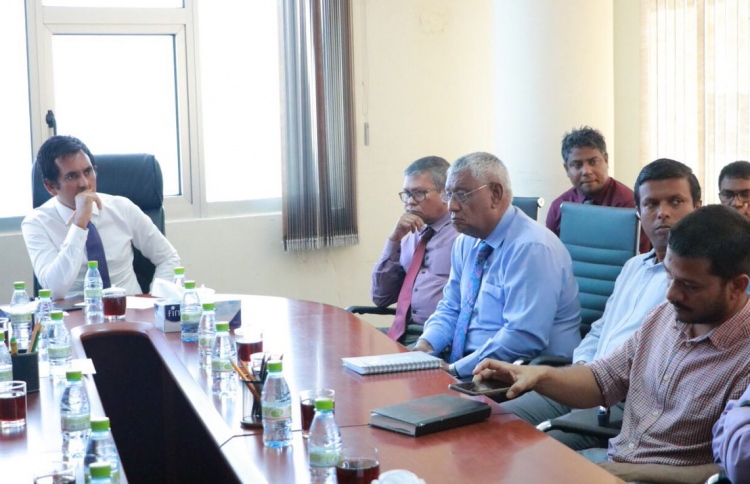 How to solve the traffic issue?

Last Sunday, assigning specific times to carry goods on the roads was the first step the government took to ease the traffic. The minister said that it wasn’t something that the government came up suddenly just like that.

‘We have the studies done with us. We made this move after planning ahead and preparing ourselves for it,’ said Saeed. ‘Malé’s size, population and Malé’s traffic are problems that had been dragged along for years. President has a great economic agenda. The projects that are being executed are due to that. For those projects to work, traffic needs to be sorted.’

Without solving that, developing Malé and expanding the economy will be impossible. Therefore, to solve that issue, there is a great big plan that involves Malé, Hulhule and Hulhumalé city.

‘It is not like we don’t have a long term solution for this. We do have a long term plan,’ said the minister. ‘To solve the traffic issue, the new laws were enforced also, as a move toward that direction. There are still more of those. Even now, in Hulhumalé city, along with advice of experts from Singapore, a plan is being devised.’

‘Isn’t the bridge a traffic solution? In the project of Hulhumalé expansion, Hulhule’s cargo area is being developed and 5 times expanded. Doesn’t that become a solution for this? Malé’s industrial zone is being developed along with big parking areas. Isn’t that a solution?’ minister said. ‘Our plans are formulated to reduce this congestion. Moving Malé’s commercial harbour area to Thilafushi island, was always a plan by this government. We will discuss that in detail later.’

We are seeing the picture that we want

Although, Maldivians had always considered it a norm to work during the day and leave the evenings free, that has changed after Sunday. After the introduction of the new law, changing commercial vehicles to carry goods after evening 6, complaints by the public and businessmen increased. However, the minister repeatedly said, to adjust to the new law, time is needed.

However, along with this law, there are other issues that emerge. One thing is rise of prices of goods; the issue of labourers; and the difficulty of getting water.

‘But for what reason should the prices rise? There is no reason,’ a short answer was given to those questions. 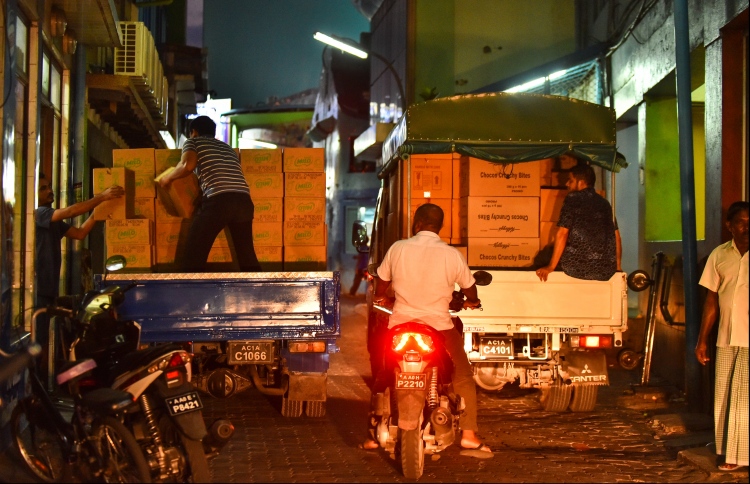 Cargo being handled at night after the new law

Saeed said, from Malé market, goods are carried in 3 categories. That is inside Malé, to resorts and to other islands. The economy and trade level has increased twice, that means it is to be generally accepted that the traffic will also double.

In spite of all these challenges, the new traffic laws will stay. And the government will not violate the law.

‘There needs to be a solution to the traffic issue. Everyone believes that.’

Minister said, after 2 days the government saw a very beautiful scene. Although, there were some difficulties, in total it was satisfaction all around, said minister.

However, to get used to it, it will take time. We believe that in the coming 4 or 5 days, the traffic will further improve,’ said Saeed. ‘Yes, we are seeing the scene we want from the streets now.’