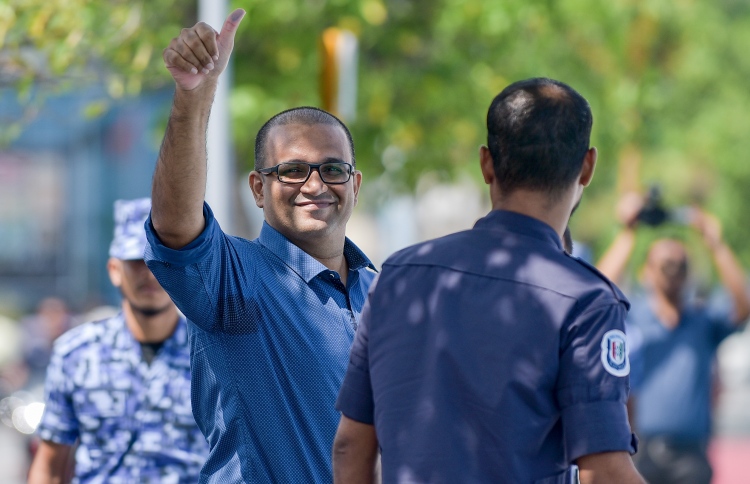 The state on Thursday requested the Civil Court to declare that it did not have the jurisdiction to take on the case of jailed former vice president Ahmed Adheeb, seeking a court order allowing him to go abroad for medical treatment.

The defence and state had submitted the relevant documents during the hearing held Thursday. However, the state raised a procedural issue with Adheeb’s case and requested the court to declare that it cannot look into the case.

The Civil Court scheduled a hearing for coming Sunday, during which Adheeb is to respond to the state’s claim.

The former vice president, who had previously sported long hair, turned up at the hearing with a surprising buzz cut.

Adheeb’s family had on multiple counts sought permission from the government to send the former vice president abroad for medical treatment, claiming that he was suffering from glaucoma, kidney stones and an internal cyst. They also accused the authorities of not providing sufficient treatment for Adheeb, and that his eyesight was deteriorating.

However, the government continued to deny permission, stating that the risk of Adheeb absconding was too high to allow him to leave the country. The authorities further stated that Adheeb would be granted permission once he returned all the embezzled state funds, for which he was convicted.

Adheeb is currently serving a jail sentence of 33 years, convicted for his involvement in the largest corruption scandal in the history of the Maldives, and for orchestrating an assassination attempt on President Abdulla Yameen in September 2015.