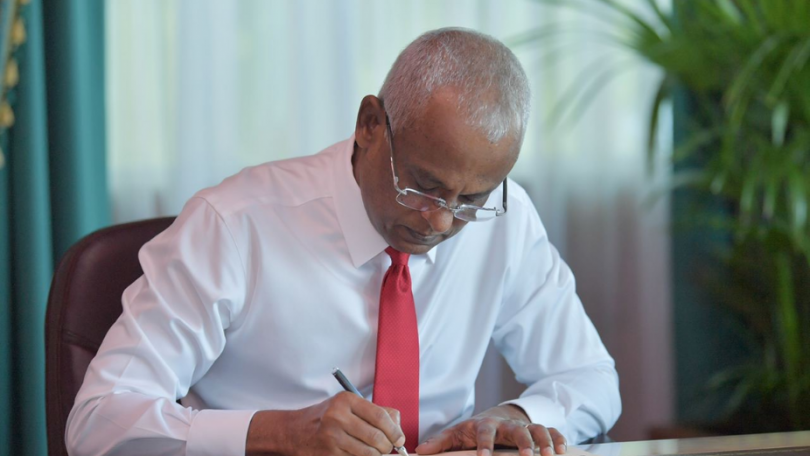 President Ibrahim Mohamed Solih has on Thursday ratified the Transitional Justice Act (Act number: 28/2020). The Act was passed by the Parliament on 29 November 2020, at the 23rd sitting of the third session of the People’s Majlis.

The key goals of the Transitional Justice Act are to end the culture of impunity and strengthen the rule of law, thereby strengthening democratic governance. It sanctions investigations into past wrongdoings by state authorities, heads of agencies, or individuals in power, which resulted in human rights violations.

The Act strengthens accountability mechanisms, provides a framework for redress and reparations for victims of the abuse of power, and outlines measures to avoid such abuses of authority in the future. The eligibility timeframe for cases that may be investigated according to this Act runs from 1st January 1953 to 17th November 2018.

With this Act, an Ombudsperson’s Office tasked with overseeing transitional justice related measures has also been established. It will function as an autonomous legal identity vested with powers to communicate, file a lawsuit or receive court charges. The Transitional Justice Act further provides specifics regarding the powers and functions delegated to the Ombudsperson’s office, further clarifying that the office’s function must be carried out in complete autonomy under the purposes stipulated in the law without any prejudice or influence.

Upon ratification, the Act has now been published in the Government Gazette.