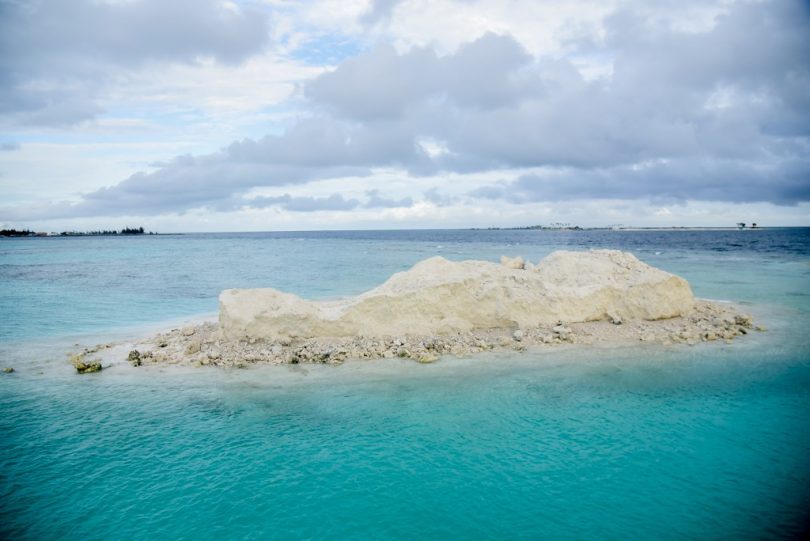 The original Dhivehi article was published on Avas.com website on 23rd May 2017.

The following is a loose translation and background included for reference: 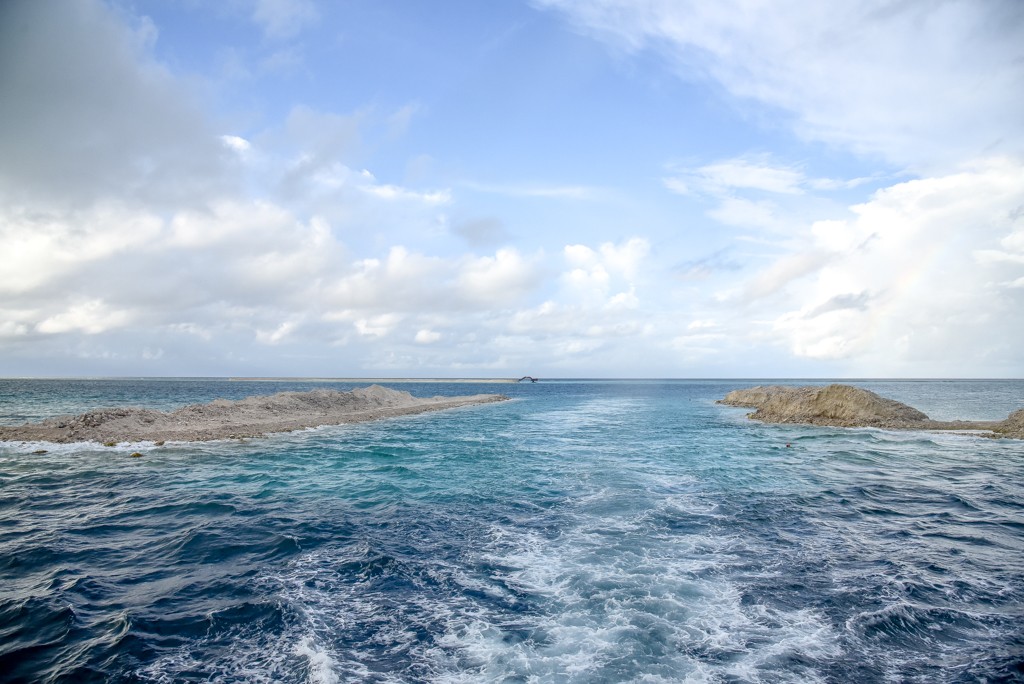 What is visible here now is just an isle. A pristine white beach. The only action is coming from the nearby excavator. This is in the Kaafu Atoll, 45 minutes away from capital city Malé. When a new concept of tourism of this scale is coming into existence here, this will also shape out a new tourism city. A brand new tourism city to emerge from beneath the sea of the Maldives. 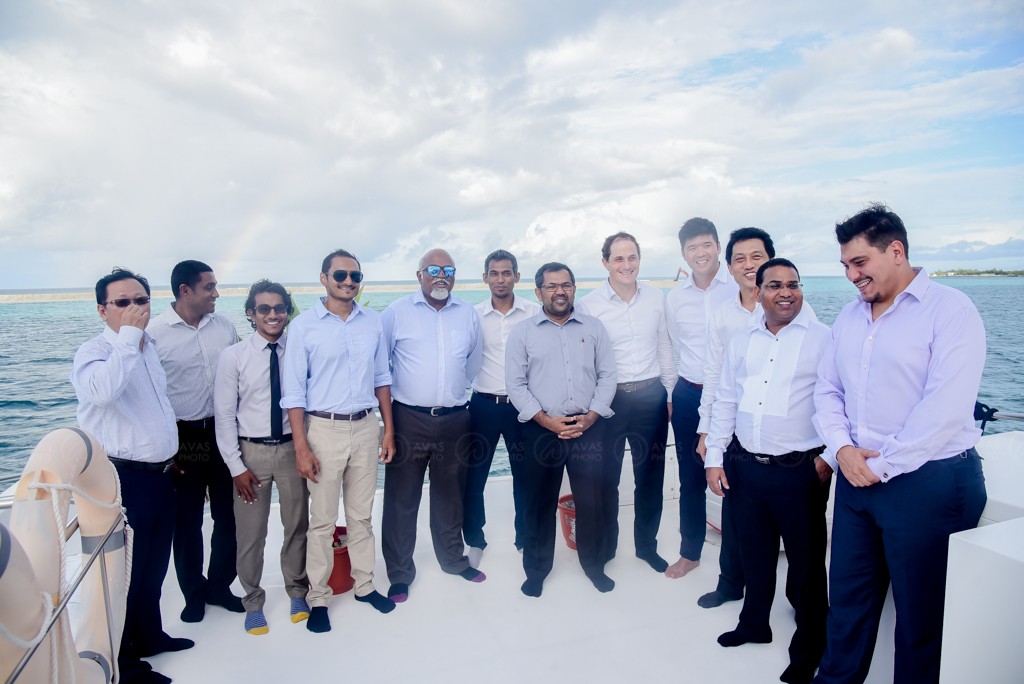 ‘Rah Falhu will become one of the most complete tourism developments to happen in the Maldives. That is our main focus.’ said an official representative from Pontiac Land Group Singapore, who are carrying out integrated tourism development project of Rah Falhu (lagoon’s local name). 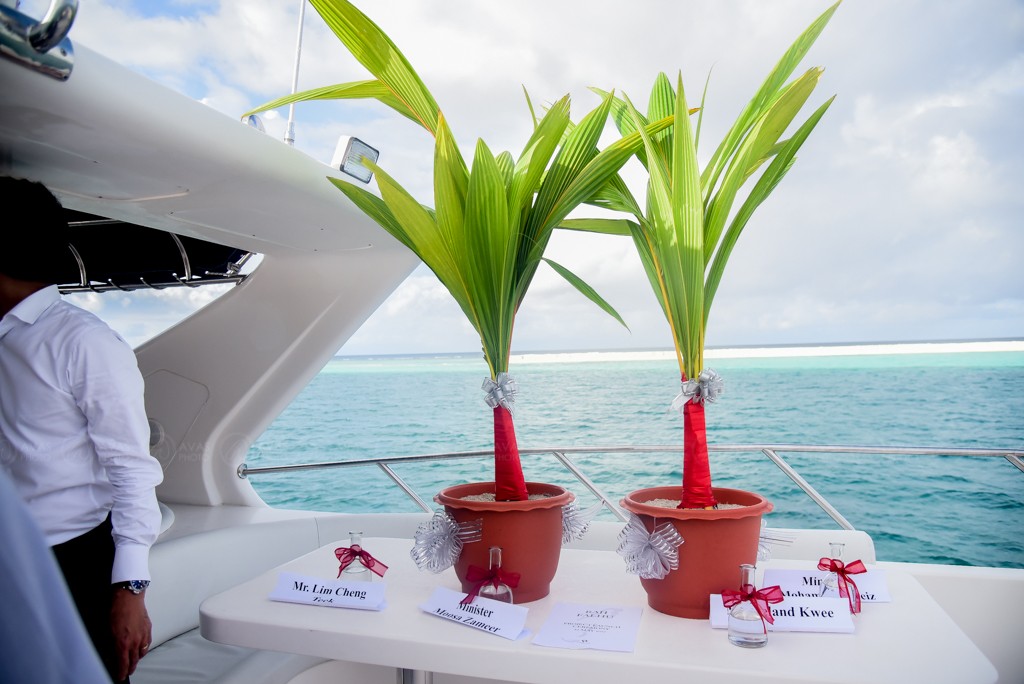 Estate project by one of the biggest landlords of Singapore and the famous wealthy Kwee family’s has begun in the Maldives. The project’s investment will be no less than 500 million dollars – due to the number of facilities and services to be available from here. The Pontiac Land Group are all prepared to bring in all these facilities here. There will be 3 high-end properties, which are all designed to be built in the most ideal fashion without disrupting Maldives’ unique environment, while preserving it and staying true to the island nation. 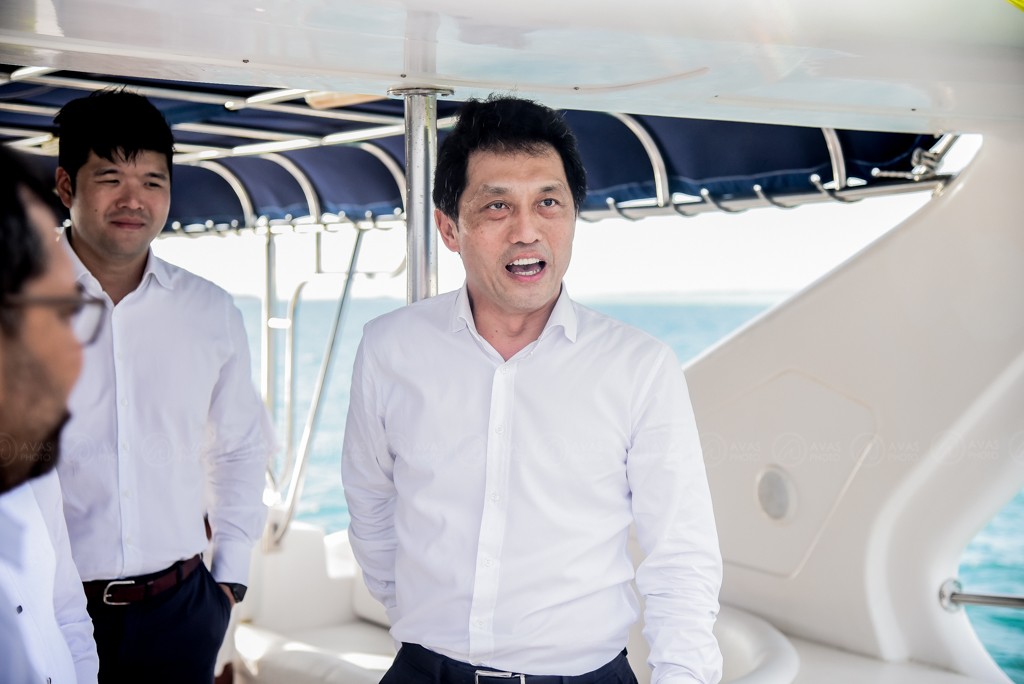 The official for Rah Falhu project development of Pontiac Land Group also said they have selected the most talented designers from among the world for this project. 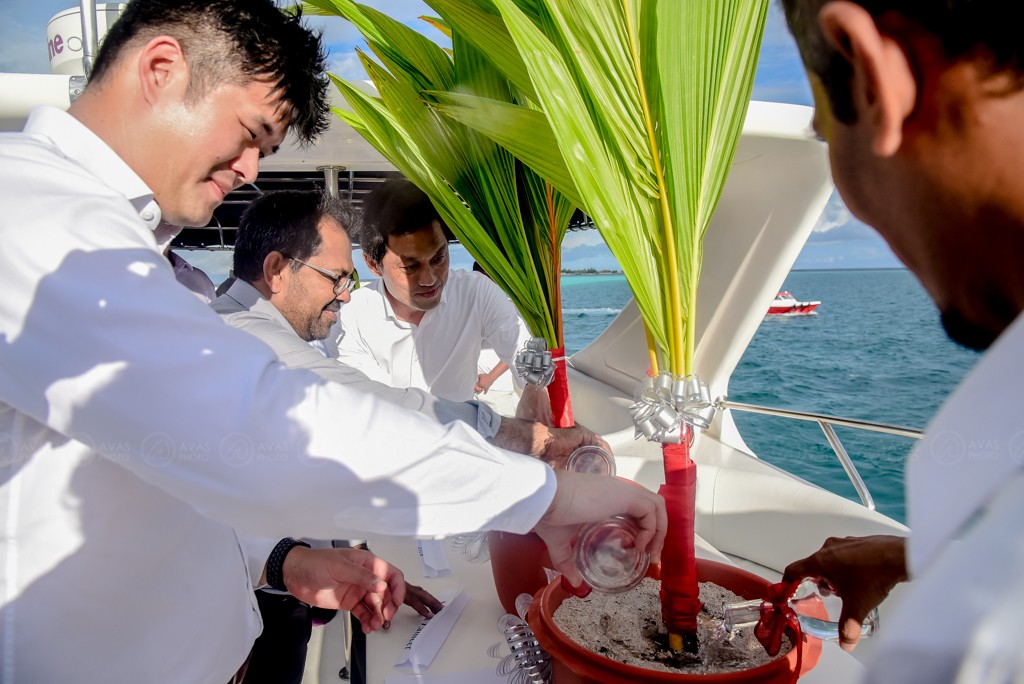 ‘This project is carried out directly from the highest level of the company. The designers come from Japan and Brazil.’ said the official representative of the privately held property developer and hotel operator with prime properties like the Ritz-Carlton Millenia Singapore, Millenia Singapore, Conrad Centennial, The Regent Singapore, Patina Hotels & Resorts, and The Capella Singapore.

The secret behind Singapore’s development was the importance given to education. Likewise, the official also revealed that education will be a priority by the group and they will also develop a ‘Hospitality Academy’. 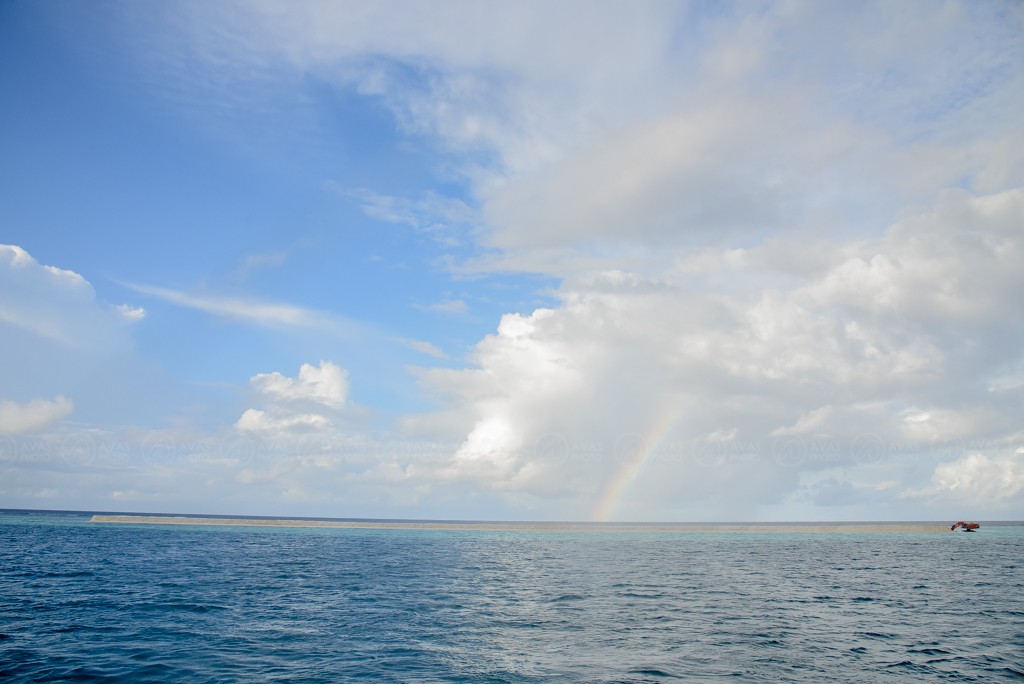 ‘The hospitality academy will be operated in association with the experts in the area and will be working with Minister of Tourism of Maldives for that,’ said the official.

Since Maldives is surrounded by sea and while this development is taking place at this breathtaking lagoon, the next focus by the Pontiac Group is also to include a marina that can accommodate 15-20 superyachts at a time.

A major part of the project will be completed next year. However, the full completion will be in 2019. When the full project is over 1000 jobs will be created. The Pontiac Land Group aims to provide a complete package for its employees; plans to build a football stadium, staff special beach and other fully designed facilities are in their plans. The football stadium will be designed with the capacity to hold big tournaments. 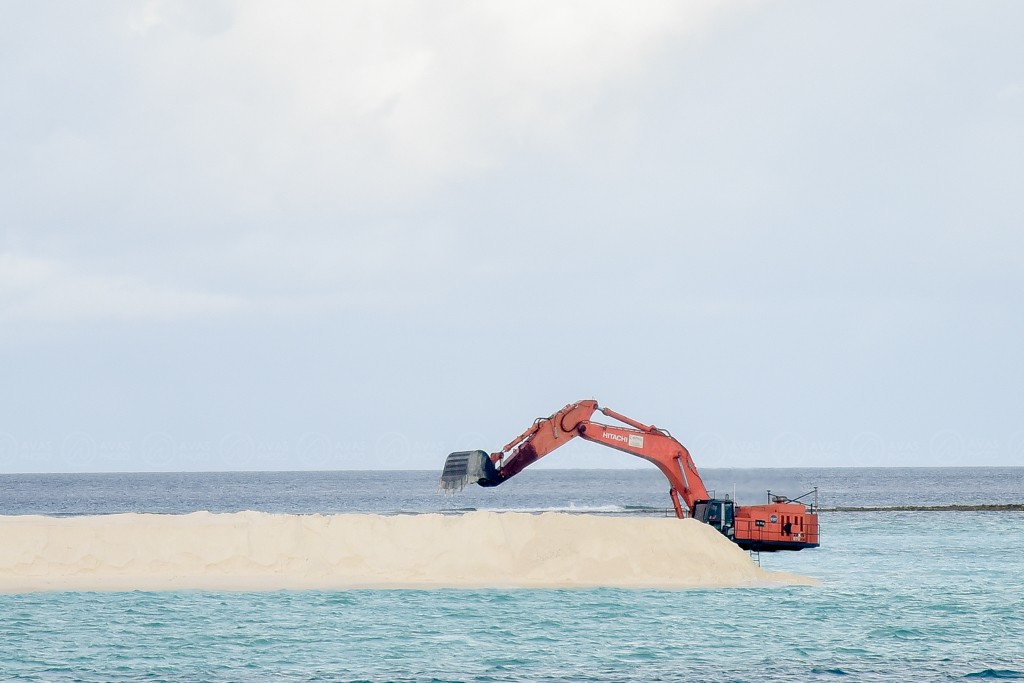 Since 1959, Pontiac Land Group owned and operated a variety of real estate assets in Singapore, including office, hospitality, residential and medical developments and now Pontiac’s project in the Maldives has launched. The aim of the company is to open the place up and for Maldivians to benefit from it.

The Kwee brothers via Pontiac Land Group own several luxury hotels in Singapore, Ritz-Carlton Millenia Singapore, the Conrad Centennial Singapore, The Regent Singapore and The Capella Singapore, as well as office blocks, the Millenia Tower and the Centennial Tower.

The Kwee brothers are the sons of Henry Kwee, an Indonesian textile trader and real estate developer who emigrated to Singapore in 1958.

After the construction of 53W53 tower – a supertall metal and glass skyscraper designed by Pritzker prize-winner Jean Nouvel – Pontiac Land Group will become one of the first Singapore developers to make its mark in the United States residential market.

*Rah Falhu project consists of 4 islands in the Kaafu Atoll of the Maldives. Mariah James Consultancy firm supported the reclamation and the procurement for the pre-construction of 3 Hotels by internationally renowned hotel operators and a service island for the hotel staff.

This will be the second largest integrated tourism development project in the Maldives after Thai group Singha Estate’s Emboodhoo Falhu mega-project, consisting of a yacht marina, retail outlets and a resort. Situated in Maldives’ largest lagoon the first phase which is set for July 2018, operated under globally renowned brand Hard Rock Hotel Group.