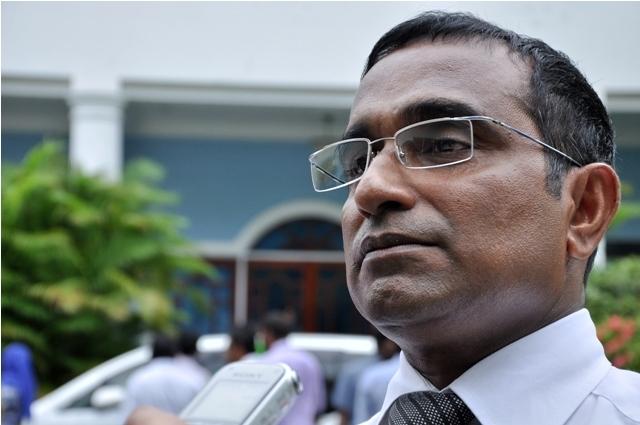 The original Dhivehi article was published on Vfp.mv website on 23rd May 2017.
The following is a loose translation:

Today is yet again a dark day in the Maldives’ constitutional life, said the former Chief Justice Ahmed Faiz Hussain in a Facebook post. He, however, didn’t detail on it. 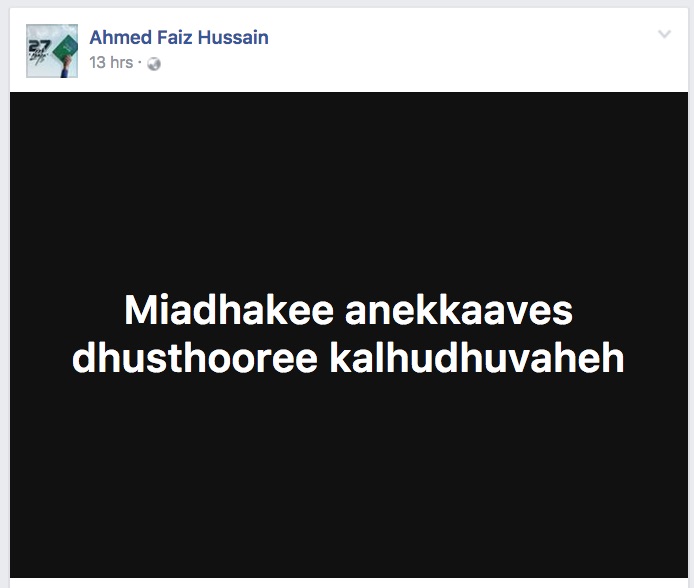 Supreme Court’s verdict came after Attorney General’s office submitted a case for an interpretation of Article 101 (Vote of no-confidence in a member of the Cabinet) of Maldives’ Constitution.

Article 101 says that ‘a motion expressing want of confidence in a member of the Cabinet may be moved in the People’s Majlis, under the hand of at least ten members, specifying the reasons.

A member of Cabinet against whom a motion of want of confidence has been passed by the People’s Majlis shall cease to hold office.’

As prescribed in Article 101, past impeachment cases were followed upon.

In the verdict passed today by the Supreme Court, it says that despite the Article 101 of the Maldives’ Constitution which is for the Vote of no-confidence in a member of the Cabinet, final decision will be deemed by the Supreme Court of the Maldives even on no-confidence cases raised against the president, vice president, judges and members of independent institutions’.