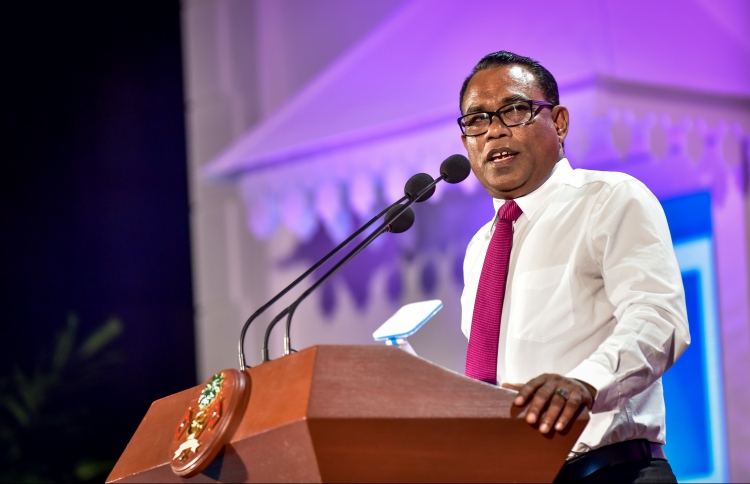 Ruling Progressive Party of Maldives (PPM)’s deputy leader and Fonadhoo MP Abdul Raheem Abdullah on Saturday night claimed that the joint opposition is not as united as they appear and that every leader in the coalition is vying for the presidency.

Speaking at the ceremony held in capital Male to mark the fourth anniversary of the PPM government, MP Abdul Raheem said that the opposition leaders do not have their “stories straight” and that this proves that they are not as strong as they claim.

Praising the incumbent president Abdulla Yameen, MP Abdul Raheem said that the president’s name would go down in history in “golden ink” and that he would be the shining example for the future leaders.

During his speech, the PPM deputy leader also criticised former president Mohamed Nasheed’s regime and described it as one of the darkest times of the Maldives’ history when there was an escalation of violent crimes and unrest.

While MP Abdul Raheem claimed that the opposition is not as united as they appear, the biggest opposition party Maldivian Democratic Party (MDP)’s congress last week decided to support the claim to nominate a single candidate from the opposition coalition to run in the presidential election slated for 2018.

The nomination of an interim president first suggested by Nasheed, who claimed that the current political situation is not fit to host a free and fair presidential election.

Since his call, religiously conservative Adhaalath Party, who is also part of the joint coalition, had officially announced that it would support a coalition government that supports its belief, and Jumhoory Party had acknowledged the call to elect an interim president, even though they have not made any official statements yet.

Meanwhile, former president Maumoon Abdul Gayoom, who is the incumbent president’s half-brother currently affiliated with the opposition coalition, has said that it is too early to discuss an interim president yet.