President Abdulla Yameen promised pay hikes for civil servants at a rally held Friday night to celebrate the fourth anniversary of his administration.

Addressing a crowd of thousands at the carnival area in Malé, Yameen pledged a 37 percent hike for civil servants in the lowest salary bracket and a 25 percent rise for the rest early next year.

“This is a salary bump for two-thirds of civil servants,” he said.

Ahead of next year’s presidential election, some MVR234 million (US$15 million) has been allocated for the pay hike in the record 2018 budget.

More than 24,500 Maldivians are employed in the civil service, a majority of whom earn a monthly salary of about MVR5,000 (US$324). The pay hike pledge comes after critical media reports about the lack of pay rises for civil servants in recent years.

In his speech, Yameen listed achievements of his administration with a slew of figures, challenging “political leaders who say they do not see development”.

The government has completed 1,800 projects at a cost of MVR20 billion (US$1.2 billion), he said, which amounts to nine projects for each inhabited island, including 24-hour electricity for all islands and sewerage systems in 37 islands.

Clean water projects have been completed in 135 islands, Yameen said, pledging to bring down household water bills in the atolls to the same level as Malé. Nine out of 10 households nationwide would see a 57 percent reduction, he said.

The government completed 42 mosques, 774 new classrooms and built more school laboratories, he continued. Some 429 convicts were released and reintegrated to society whilst crime records were expunged for 5,752 offenders.

The longstanding problem of Malé’s hazardous garbage dump was also resolved by his administration, Yameen said, which set up a new company to take over waste management in the capital.

Yameen claimed that 100,000 new jobs were created during the past four years. However, according to the World Bank, nearly a quarter of Maldivian youth are not employed or engaged in education or training.

A previous claim of adding 70,000 new jobs was widely ridiculed as the figure would suggest unrealistically low unemployment in the 255,000-strong adult population.

Yameen’s four-year administration was beset by multiple political crises triggered by the jailing of political opponents, a corruption scandal of historic proportions, and a bitter leadership dispute that split the ruling party. 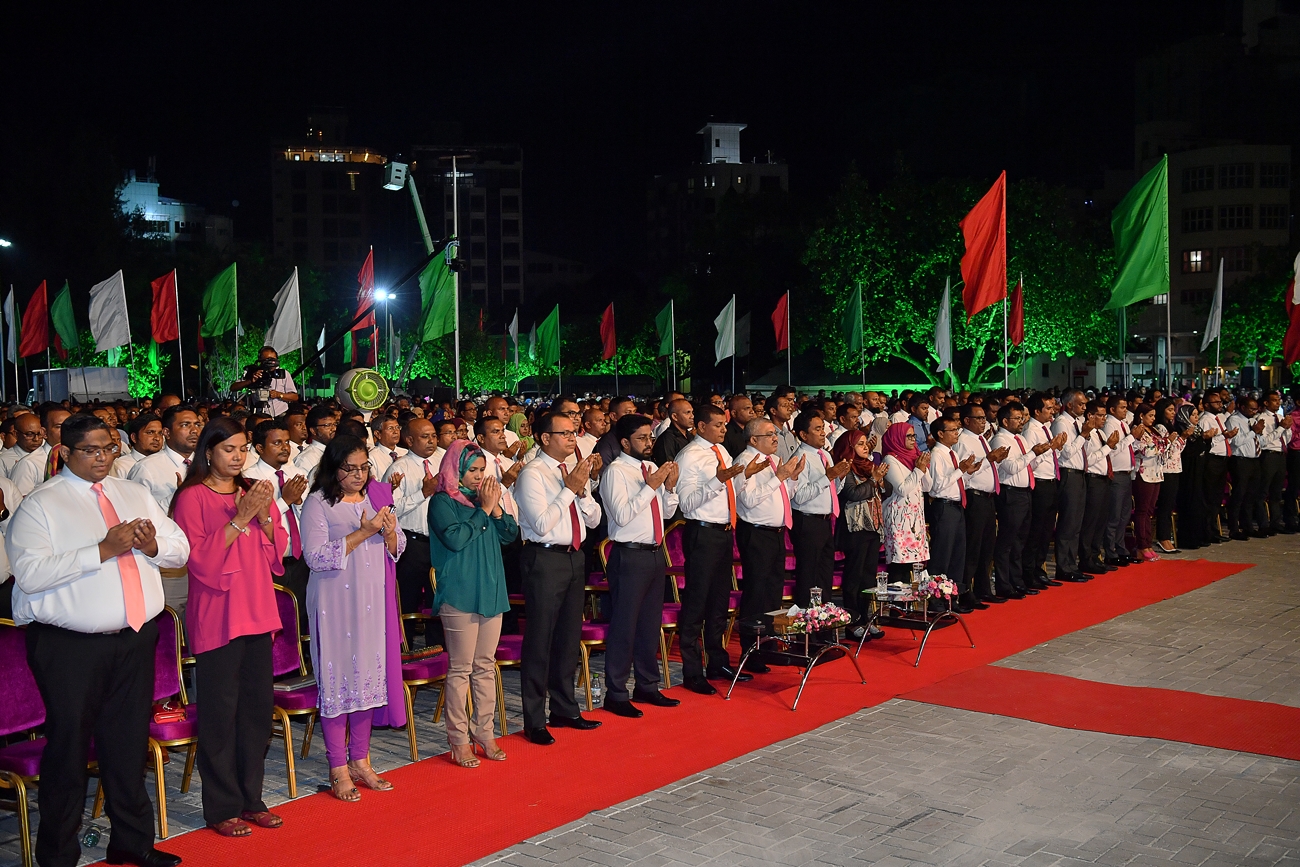 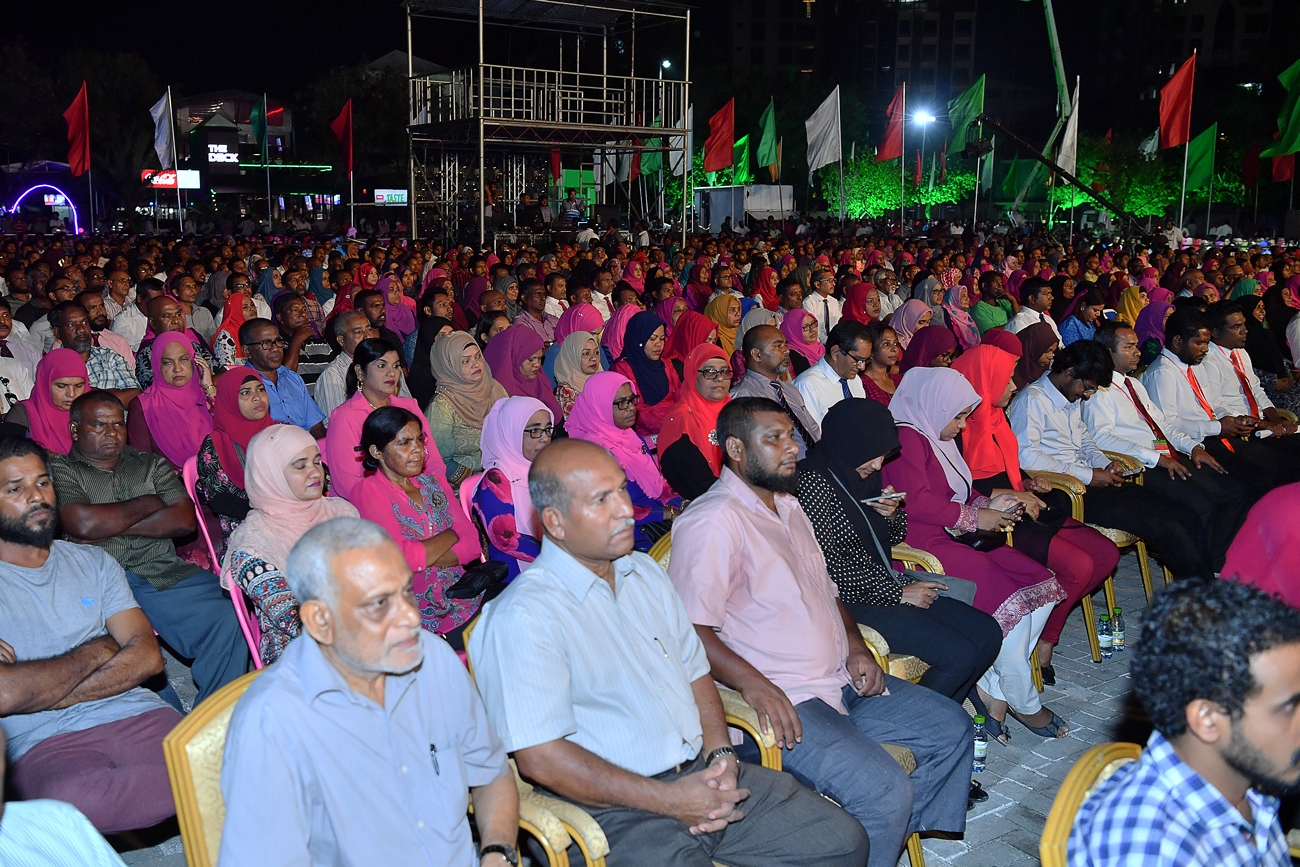 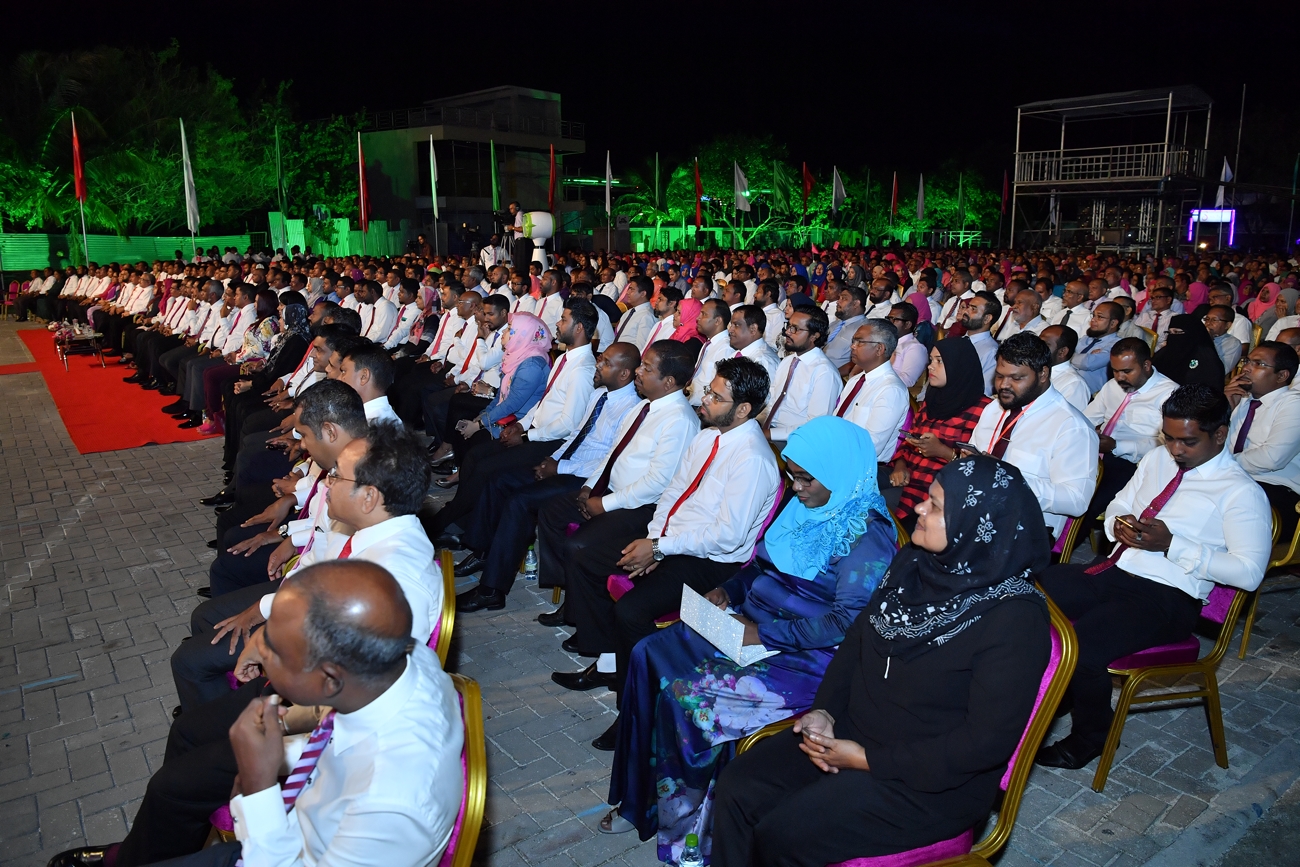 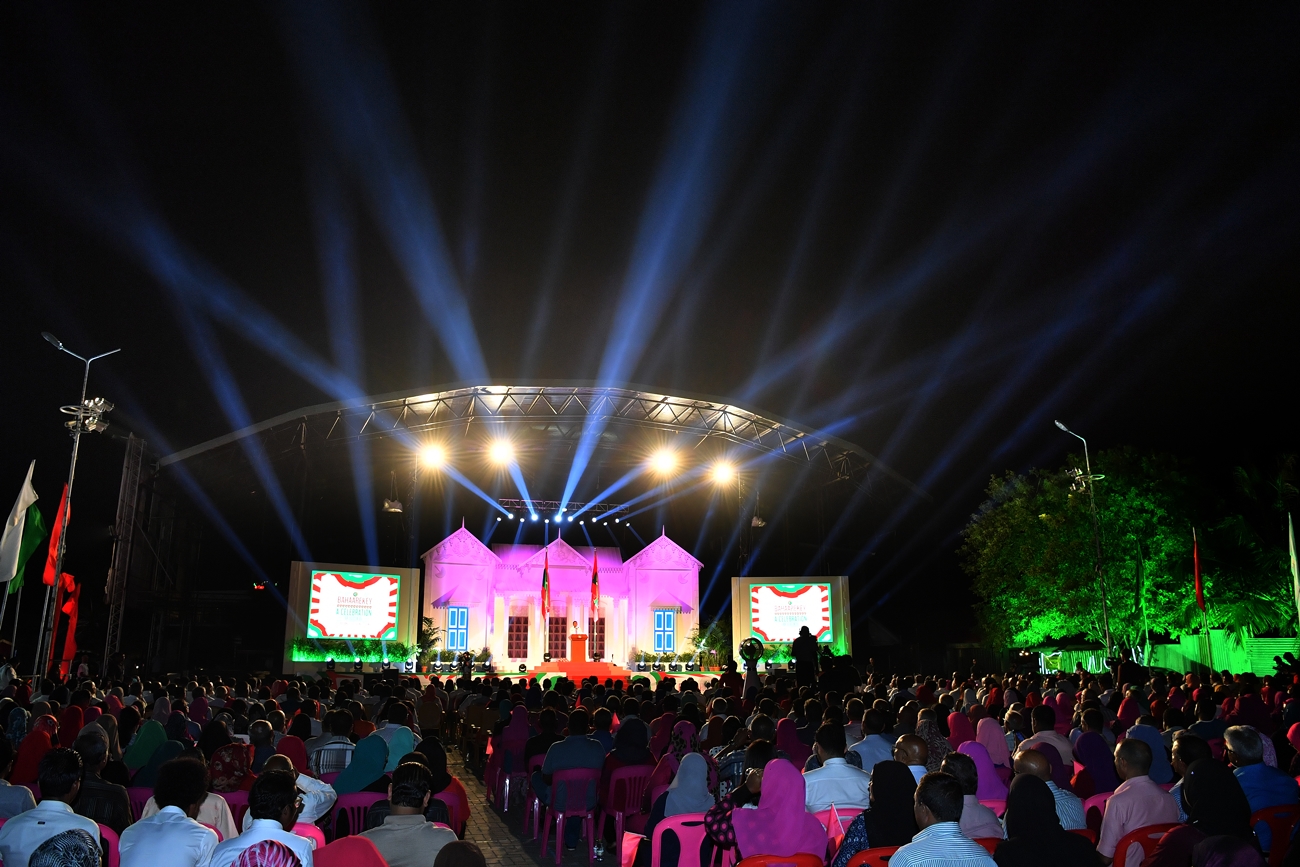