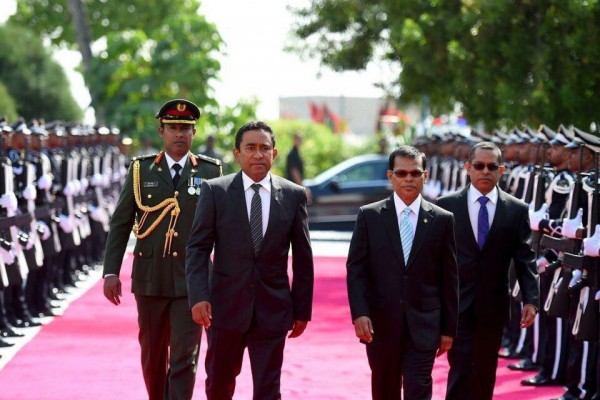 The original Dhivehi article was published on Raajje.mv website on 27th March 2017. By Azumoon Ahmed

– Speaker’s phrase shall only be used

– Voting must not be delayed for another session

It has been revealed that President Yameen instructed PPM Parliamentary Group to hold the motion to oust Speaker of the Majlis Abdulla Maseeh on Monday even if it means taking action against the opposition.

President Yameen’s exchange on PPM Parliamentary Group’s Viber group during the voting session of no confidence against Speaker of the Majlis Abdulla Maseeh, surfaced.

Based on the Viber screenshots, President Yameen laid out instructions one by one to the members, on how to carry out the meeting.

When time neared to cast vote, at 1:06pm it came to a roll call, President Yameen instructed to members to clarify with Speaker the term/phrases used. 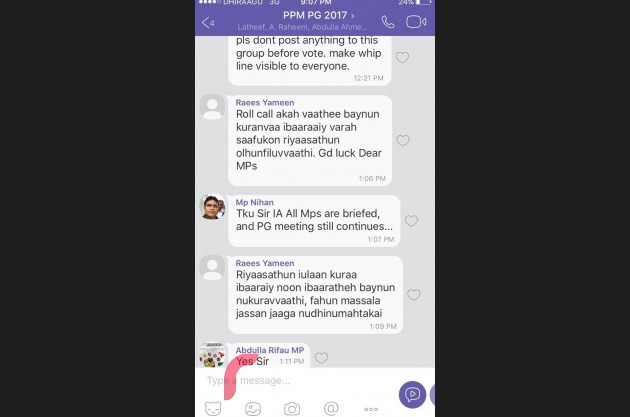 At 1:09pm, he told to not to use any other terms/phrases that the Speaker did not use, so that there is no place for them to complain/raise. 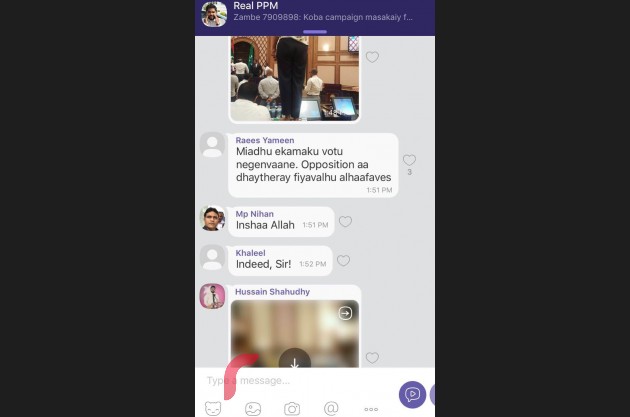 At 1:51pm, it was announced to cast votes and when the opposition legislators interrupted and objected, President Yameen informed members, voting must happen even if it means after taking action against the opposition.

At 1:58pm, President Yameen strongly said that the voting must happen now and should not be delayed for another session. 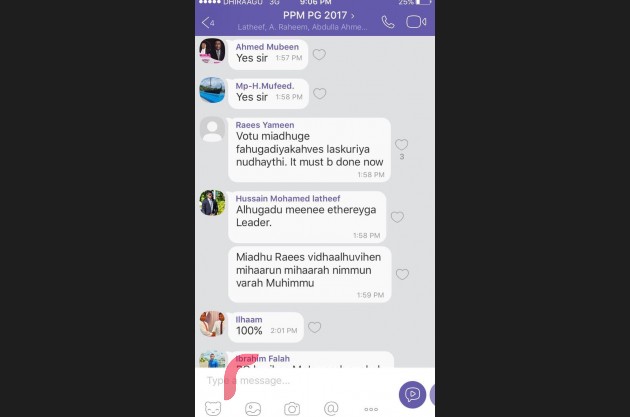 PPM members replied with a ‘yes sir’ and followed President Yameen’s instructions to the word.

The motion to oust speaker was passed by announcing names of 13 opposition lawmakers and by evicting them. When many members were forcibly removed from the chamber, the entire opposition legislators walked out.

The opposition legislators did not partake in the censure motion against Speaker Maseeh.