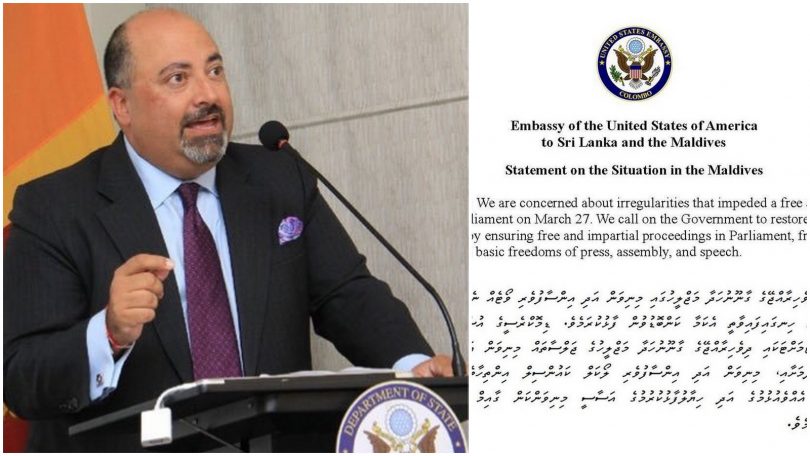 The original Dhivehi article was published on Raajje.mv website on 28th March 2017. By Ismail Naail Nasheed
The following is a loose translation:

– Called for impartiality in the parliamentary proceedings
– Ensure freedom of press, speech and assembly

The censure vote held on Monday against Speaker of the Majlis Abdulla Maseeh was not free and fair and did not adhere to parliamentary procedures, was said in a tweet sent by the United States Ambassador to Sri Lanka and the Maldives in Colombo. 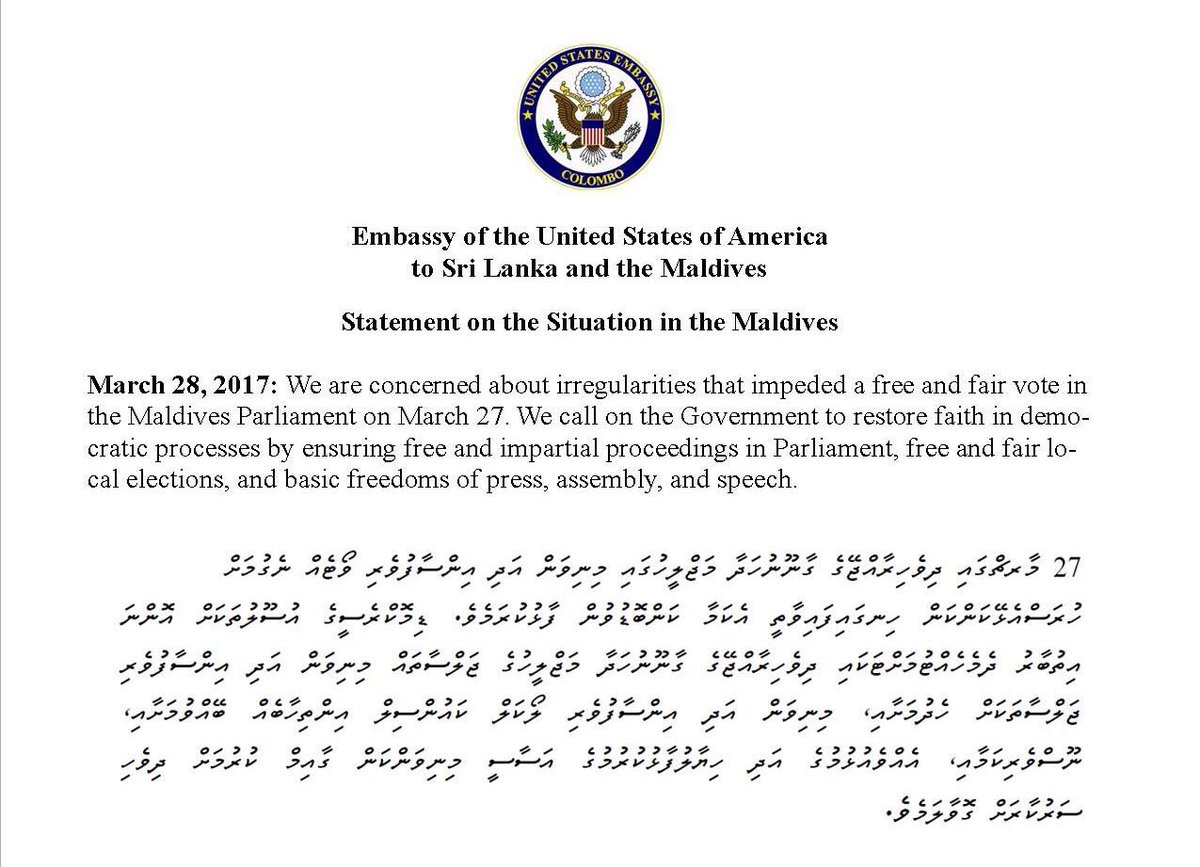 Called on the government to restore faith in democratic processes by ensuring free and impartial proceedings in parliament, free and fair local elections, and basic freedoms of press, assembly, and speech.

The US Embassy has released the statement amidst opposition protesting to a roll call vote against Speaker Maseeh and pointing that it was conducted in direct breach of parliamentary rules.