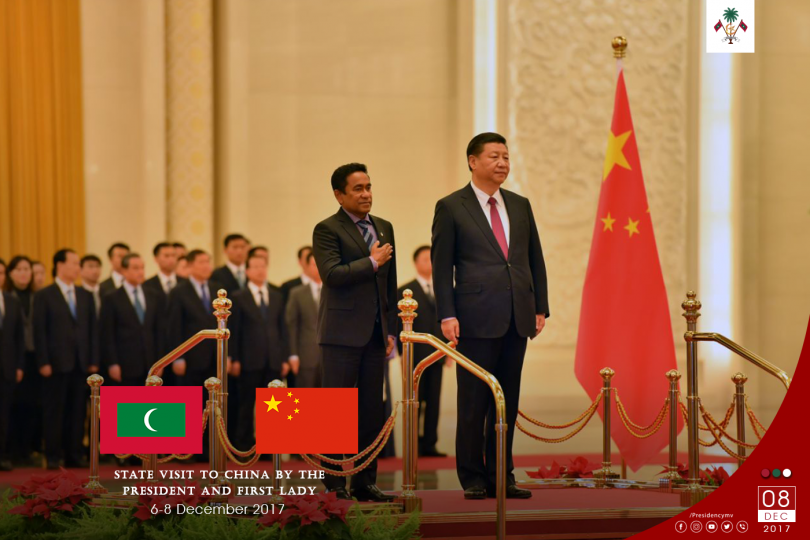 President Abdulla Yameen Abdul Gayoom and First Lady Fathimath Ibrahim have departed from China this evening, on conclusion of the state visit made at the invitation of the President of China, His Excellency Xi Jinping.

During President Yameen’s State Visit, official talks were held between the Government of Maldives and the Government of China – and 12 key agreements were signed with a view to enhance trade, professional and socioeconomic development as well as Technological and other collaborations between the two countries. The President also met with key leaders of China, and discussed ways to further accelerate socioeconomic ties between the Maldives and China.

Moreover, the President and First Lady attended the official reception held to mark the 45th anniversary of the establishment of diplomatic relations between the Republic of Maldives and the People’s Republic of China. The first couple also met with the Maldivian community residing in Beijing, as part of the State Visit.