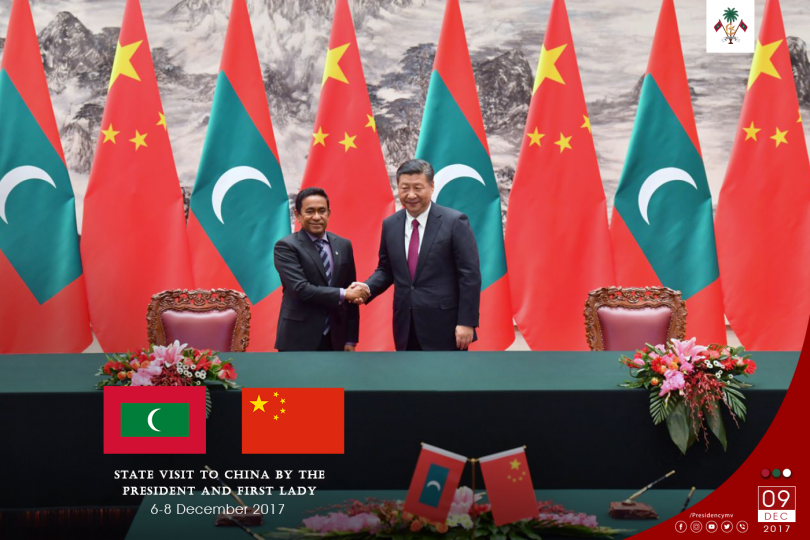 President Abdulla Yameen Abdul Gayoom and First Lady Fathimath Ibrahim have arrived back in Malé this evening, on conclusion of the state visit to China. The visit was made at the invitation of the President of China His Excellency Xi Jinping.

As part of the President’s State Visit, twelve key agreements were signed between the Government of the Maldives and the Government of China, with a view to enhance trade, professional and socioeconomic development, as well as technological and other collaborations between the two countries.

During his visit, President Yameen was accompanied by a high-level delegation that includes Cabinet Ministers and other senior officials of the government.