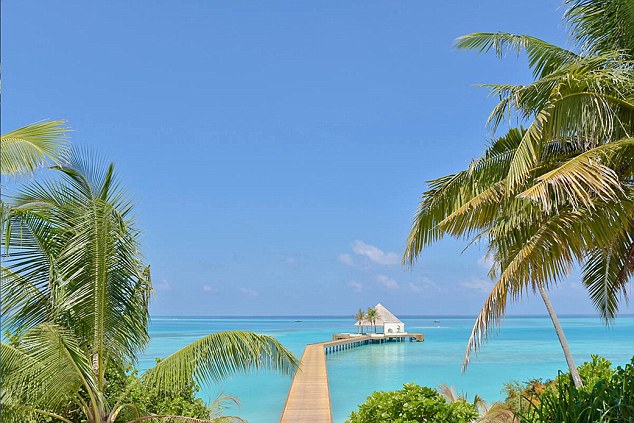 A pier at Kandima resort on part of the Dhaalu Atoll in the Maldives, in the heart of the Indian Ocean

As we were waiting for our flight to the Maldives, I started to doubt my sanity. Here I was, heading halfway round the world with three children in tow – two of whom have Asperger’s, hate change and cannot sit still for a minute.

What’s more, we were flying to a small island where we would be ‘trapped’ for a week.

We’d heard that Kandima Maldives – on part of the Dhaalu Atoll – was different from the usual five-star luxury honeymoon spots. It is billed as a four-star lifestyle resort and what attracted us was an exhaustive list of activities for adults and children.

Still, this, our first foreign beach holiday in 12 years, was a bit of a gamble. We got off to a good start. Before the flip-flops had even come out of our suitcases, Sarah, 11, discovered that at 4pm they turn on the water at Kandiland, a kids’ club, which has a large wet play area.

After getting soaked and bouncing on the trampoline, she scanned the Kandiland itinerary and signed up for candy-floss-making, Maldivian drumming, rock painting, an art class and mocktail mixing.

George, 17, who is further along the autistic spectrum than his sister, was itching to go on a jet ski, but when he declared it was the only activity he would try, my heart sank – my husband Gavin and I were keen on mojitos by the pool.

All was not lost. George discovered Burn, Kandima’s fully equipped air-conditioned gym – he’s sports-mad and cannot waver from his intense training schedule, so this was a godsend. 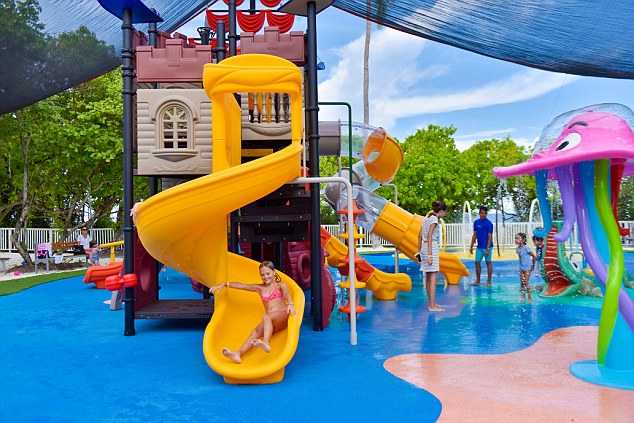 The Kandiland play area at the resort, where Sally Chaplin took her husband and three children

He also joined us on a sunset fishing trip, landed a red snapper and ate it for lunch the next day.

I worried about the food on offer before we left the UK, as our children are fussy eaters. We always argue about where to eat and there would be no McDonald’s, Starbucks or Burger King at Kandima.

We were on the Select All Inclusive package, which included all meals in the resort’s self-serve Flavour restaurant, and fortunately the choice was immense.

They had everything from a full English breakfast through to curries, freshly griddled fish and a dizzying array of salads. In fact, Sarah and her ‘neurotypical’ 15-year-old sister Alice were so inspired by the food at Kandima that they signed up for a pizza-making class. We also had high tea in the Deli – known as K Tea. 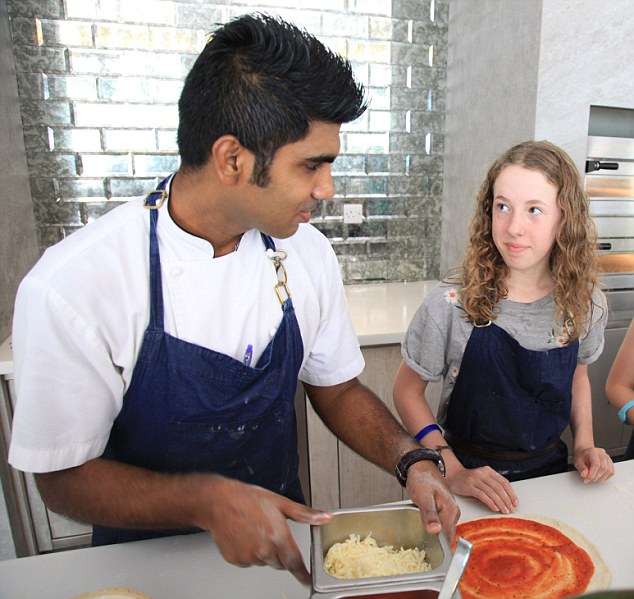 Alice learns to make a pizza at one of the classes at the resort. The family also had high tea in the Deli – known as K Tea

What I hadn’t factored in was the heat. Temperatures in the Maldives hover around the 28 to 30C (82 to 86F) mark and we’re all quite fair. While most guests basked in the rays, we tended to stick to shaded areas until 3pm.

Thankfully, our Sky Studio with interconnecting rooms was blissfully air-conditioned. It was also clean, modern and had a vast bathroom. Best of all, it had a balcony, complete with swing seat, overlooking the Indian Ocean.

No parent needs me to tell them that a holiday with kids is never really a break, but our trip was a huge success.

George, Alice and Sarah were happily exhausted at the end of each day and the adults even managed to grab the odd siesta.

Kandima was just the right mix of paradise and practicality for us.