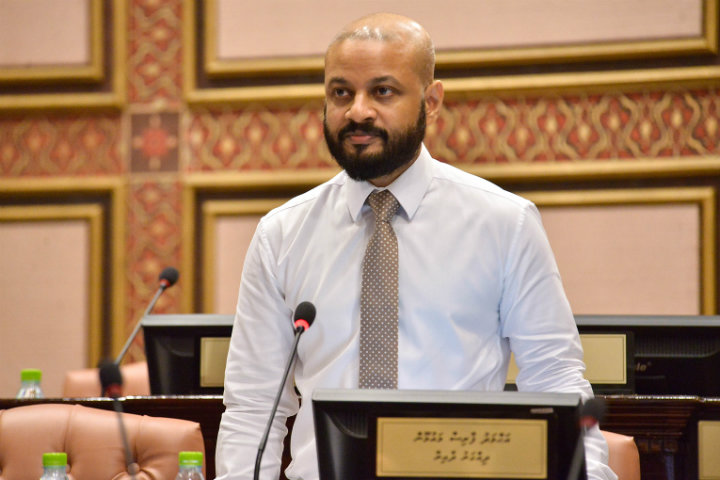 Mobile phones belonging to family members of a key witness in a bribery trial have been confiscated by police.

The police action follows Ahmed Shafiu’s allegations of a lawmaker attempting to coerce false testimony against MP Faris Maumoon, who is at the centre of the trial.

Shafiu, a Jumhooree Party activist, was arrested a day after the opposition submitted a no-confidence motion against the parliament speaker. The criminal court released him, citing a lack of evidence to support the alleged bribery of lawmakers.

Police summoned Shafiu’s wife and three other members of his family on Tuesday night, using court warrants to seize their phones. The home of a family member was also searched under a separate warrant.

The purpose of the warrants is to find evidence on charges of leaking confidential information as a state employee.

The warrant also references a charge of “giving information to RaajjeTV with the intent of harming the goodwill of the Maldives judiciary, the Laamu Gan magistrate court and its magistrate judge.”

In an interview with RaajjeTV  Shafiu said police told him shortly after his arrest that a family member wished to meet him.

It was MP Ahmed Rasheed Ibrahim, one of several ruling party lawmakers who signed the no-confidence motion.

But he refused to falsely implicate Faris, he added.

Shafiu also shared screenshots of alleged text messages from Rasheed including a job offer followed by threats if he failed to comply.

Rasheed has denied the allegations, telling news outlet Avas he has asked the police to investigate alleged death threats from Shafiu.