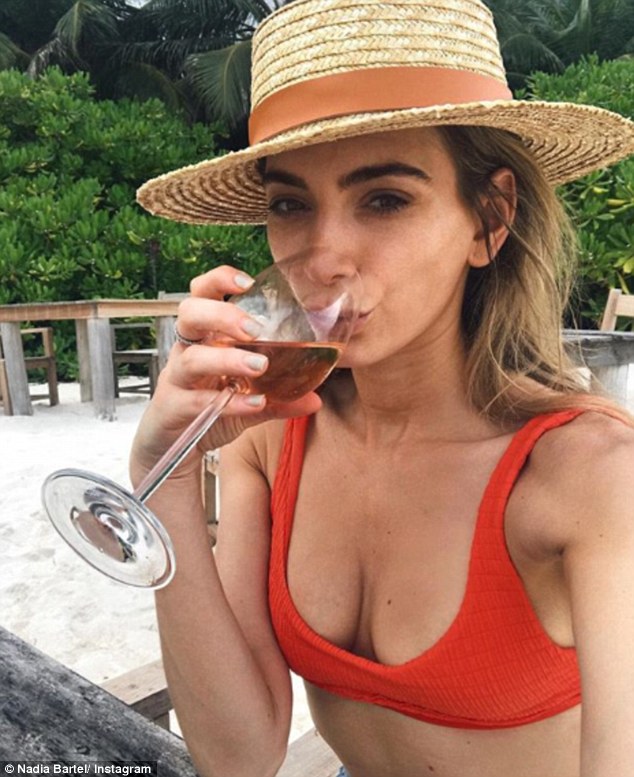 Stunner! On Tuesday, Nadia Bartel (pictured) flaunted her curves in a bright orange bikini that left little to the imagination

‘Rosé all day everyday,’ she wrote alongside a photo of herself sipping wine, while in another bikini shot, she added: ‘love our private beach’.

Last week, Nadia Bartel opened up about being skinny-shamed while pregnant.

Nadia told Daily Mail Australia that when it comes to criticism, it’s water off a duck’s back for her.

The mother-of-one also defended fellow WAG and friend Rebecca Judd, 34, after she experienced criticism on social media, when cruel fans said she was too skinny after giving birth. 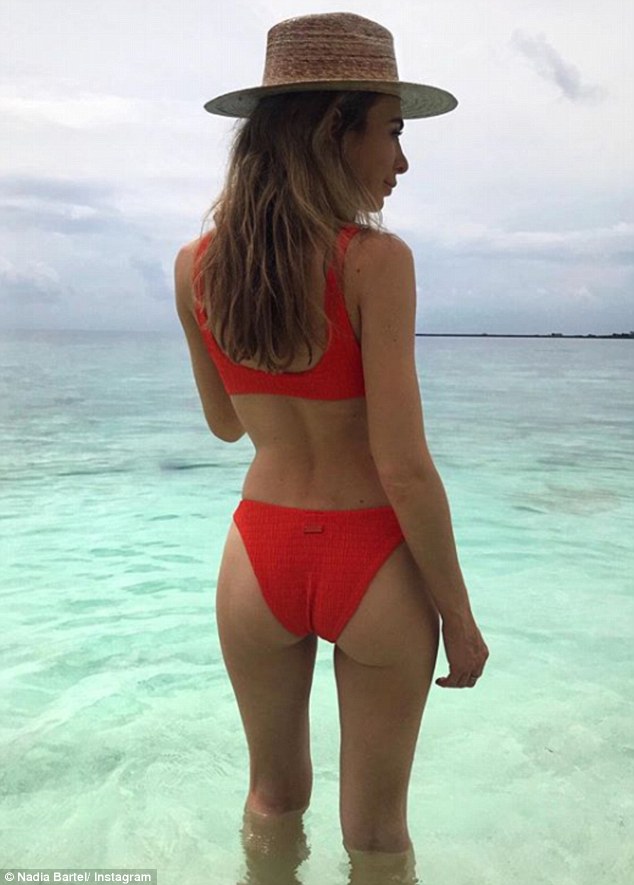 ‘Love our private beach’: In the caption alongside an image that showed off her killer physique, Nadia indicated she was enjoying her Maldives holiday 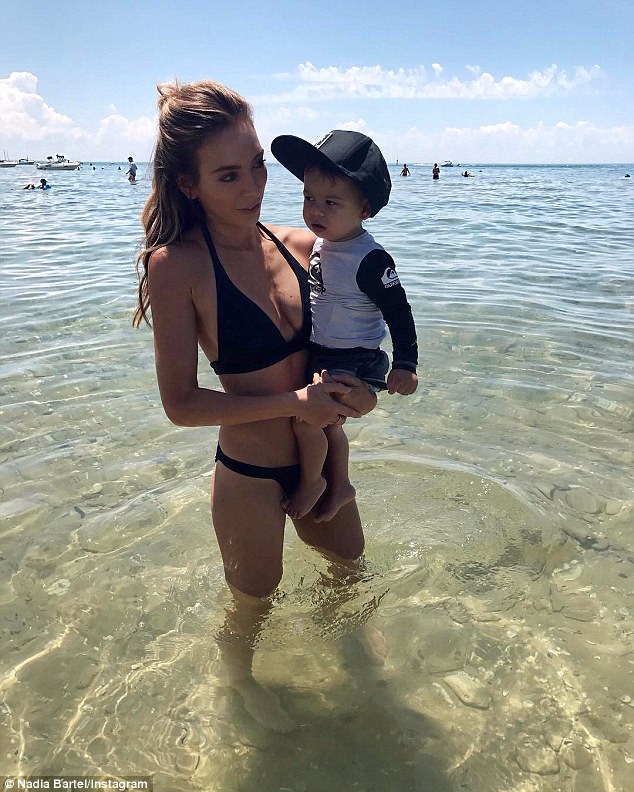 ‘You can’t take it to heart’: WAG Nadia Bartel (pictured) talks being skinny-shamed while pregnant and defends Rebecca Judd against cruel trolls who said she was too thin after giving birth

‘I think it’s something that when you put yourself out there, you’re always going to get negative comments,’ Nadia said.

‘I think it’s interesting though because even though you put yourself out there, it doesn’t mean people need to say negative things, but that’s just what it is at the moment.’ 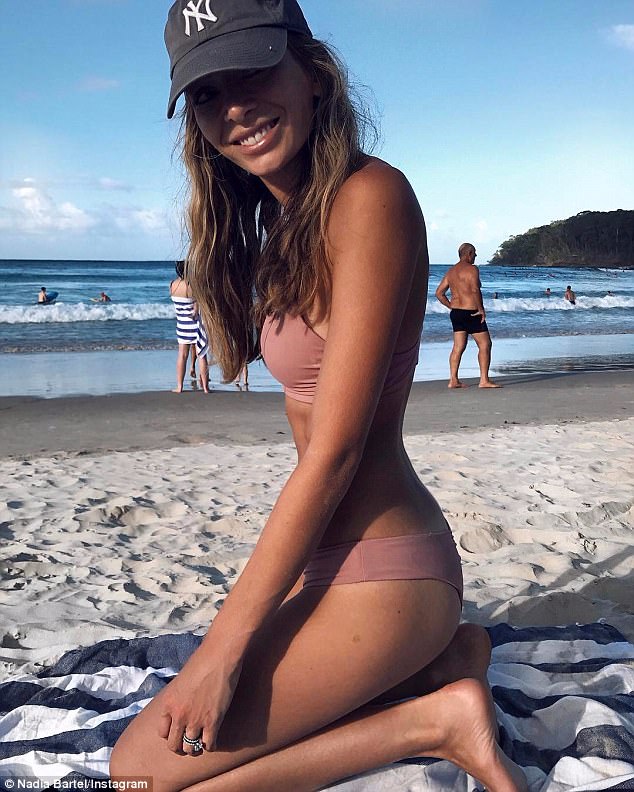 Not letting it get her down! The glamorous WAG and fashionista told Daily Mail Australia on Thursday, that when it comes to criticism, it’s water off a duck’s back for her 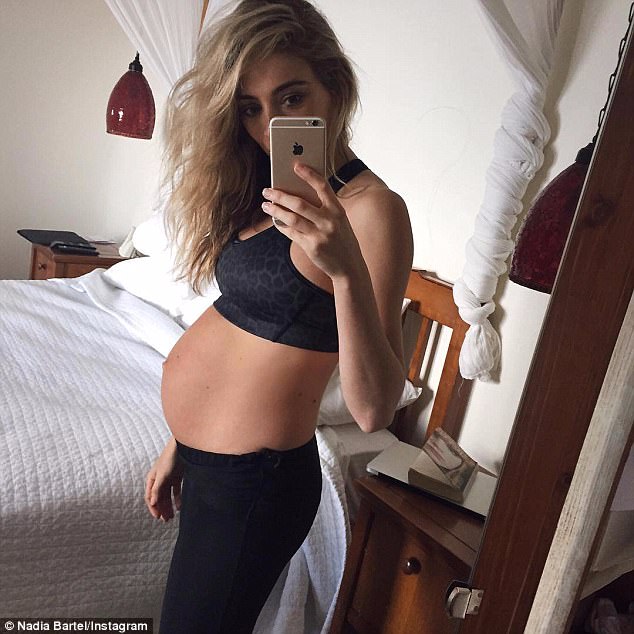 Judged: While pregnant, Nadia said that strangers on the street would cruelly comment to her that her baby bump wasn’t big enough and would ask her if her doctor was ‘okay with it’

Nadia continued: ‘I think everyone has an opinion and wants to give you their opinion. But your friends and family know you best and know the ins and out of it.’

She said you can’t focus on the negativity and let it get you down.

‘It’s hard, but I think over the years you get used to it, and it’s fine.’ 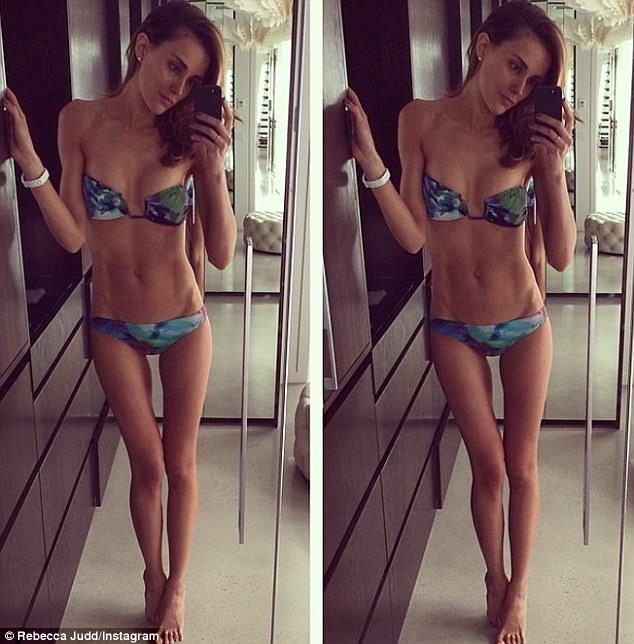 Controversial: Rebecca Judd  posted to Instagram a bikini snap in 2014, which caused cruel trolls to unleash on her 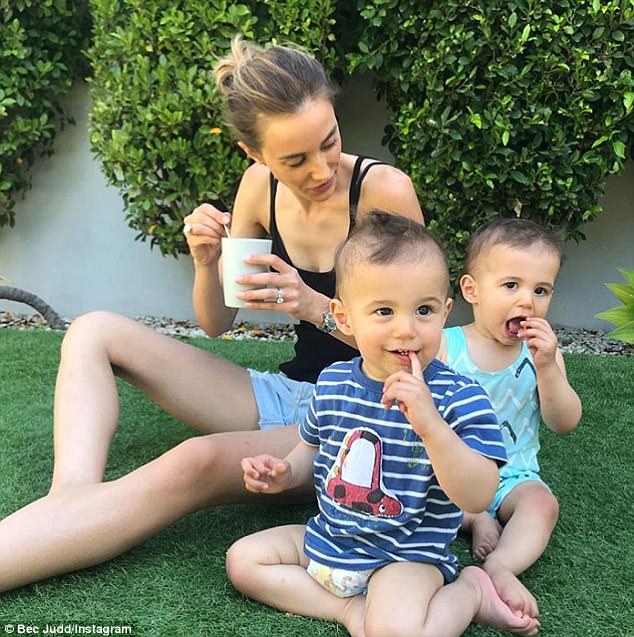