Haa Dhaalu Atoll, Maldives: About 40 teachers, including over 25 Keralites, and their family members have been stranded at the Hanimaadhoo International Airport (HAQ) here from Thursday after Cyclone Ockhi disrupted all modes of transportation at the beach destination.

The teachers and their family members were brought to the Haa Dhaalu Atoll, on the northern side of the Maldives, from various islands to be sent to India on annual leave as the holiday season had begun in the island country.

The special flight to take them was scheduled to take off late on Thursday. However, Maldivian, the national airline of the Maldives, canceled the flight and sent all the passengers to temporary stay arranged in the airport staff quarters nearby.

Other than the temporary stay, the airline or the authorities did not provide food or other essentials to the stranded passengers, complained Ramanathan (name changed to protect identity), a teacher from Kerala.

All domestic flights from Hanimaadhoo were canceled after the cyclone gained strength Friday morning. “Ten teachers and their families were sent off to Male in the first flight that took off from here. Luckily they got a flight to Thrivananthapuram from there. The authorities are not sharing any details with us,” Ramanathan said. 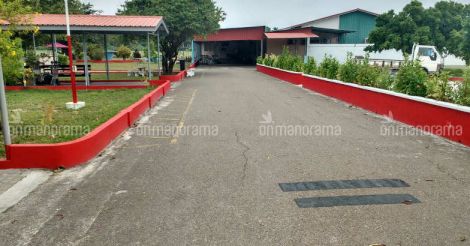 The airport, which receives only two international flights in a week, is deserted after adverse weather forced cancellation of domestic flights.

Last word from the authorities was that the group will be sent off in a special flight late Friday. “Even that seems impossible. When we contacted an official from the Meteorological Service, we were told that the chances of that flight operating are slim,” added Seetha (name changed to protect identity), another Keralite teacher from the group. “Flying tonight is risky and we are worried. Equally worrying is staying here without any support from the authorities. There are kids and elders in the group,” she added.

The airport, which receives only two international flights in a week, is deserted after adverse weather forced cancellation of domestic flights. Buying food, water and other provisions by themselves is also not an option for the group as all of them have converted their money into dollars. “We have used whatever little we had kept in Rufiyaa last night itself,” said Ramanathan. 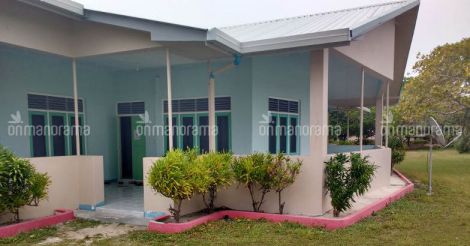 All the passengers have been put up in the airport staff quarters nearby.

“We have received call from another group of teachers from a nearby island that they have been asked to get on a boat to Hanimaadhoo. The authorities want to send them also on the flight scheduled for night. They are worried about their lives as the sea is rough,” he said.

The corporate and customer care offices of the airline were closed on Friday, and the airport authorities were not available for comment.