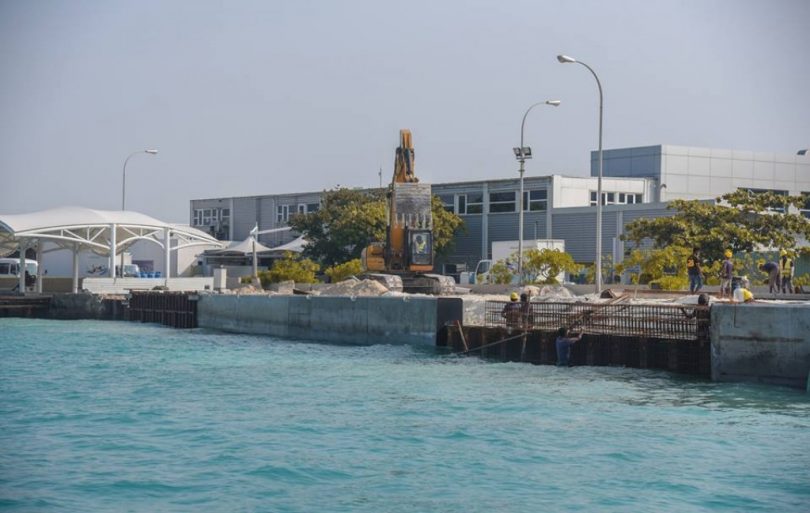 The original Dhivehi article was published on Avas.mv website on 10th January 2018.
The following is a loose translation:

There are many developmental works currently ongoing at Velana International Airport (VIA). There is no doubt about that. You would see new changes happening in every direction at the main airport. Especially, at the high-speed runway developing progress by Chinese BUCG, deserves praise. However, one thing to note is that the mega-airport developmental project of constructing the new international passenger terminal work seems to be crawling at ‘snail speed’. The work is progressing extremely slowly. Scanning the terminal work, what you discover is that the airport’s main developmental work is very sluggish and not near completion.

‘We are trying to finish the terminals main work in 2018. The terminal was assigned for construction later than when we expected,’ said Adil Moosa, Managing Director at Maldives Airport Company Limited (MACL), while speaking to Avas news in an interview on 30 May 2016.

The terminal developmental work is assigned, to a Saudi Arabian company, claimed to be government’s closest ally. The filthy rich Saudi Binladin Group was awarded this project for USD 300 million, on 21 May 2016.

Yesterday MACL has given an update on the main airport to the media. Local journalists were taken yesterday to the new apron area. While looking at the direction of Malé city from there, you see the proposed area for the new terminal. The area looks like not ‘much’ is happening. There is no sign of the main building of the new international terminal. What you witness now is just the breakwater developmental works of the new international terminal. Sheet piling and finishing work on the breakwater. 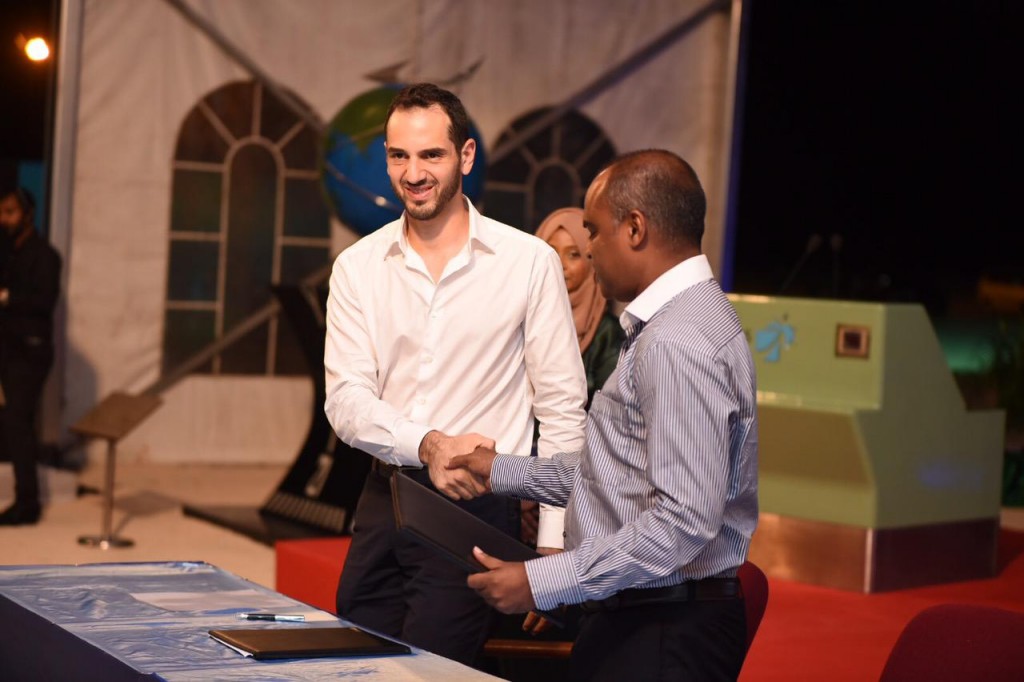 When Avas news asked yesterday whether the terminal works will finish this year, Hassan Areef, General Manager of MACL replied ‘It will also finish’. He did not add more to it. However, last year on 23 December, an official of the company said ‘Passenger terminal work is also ongoing as per schedule’. 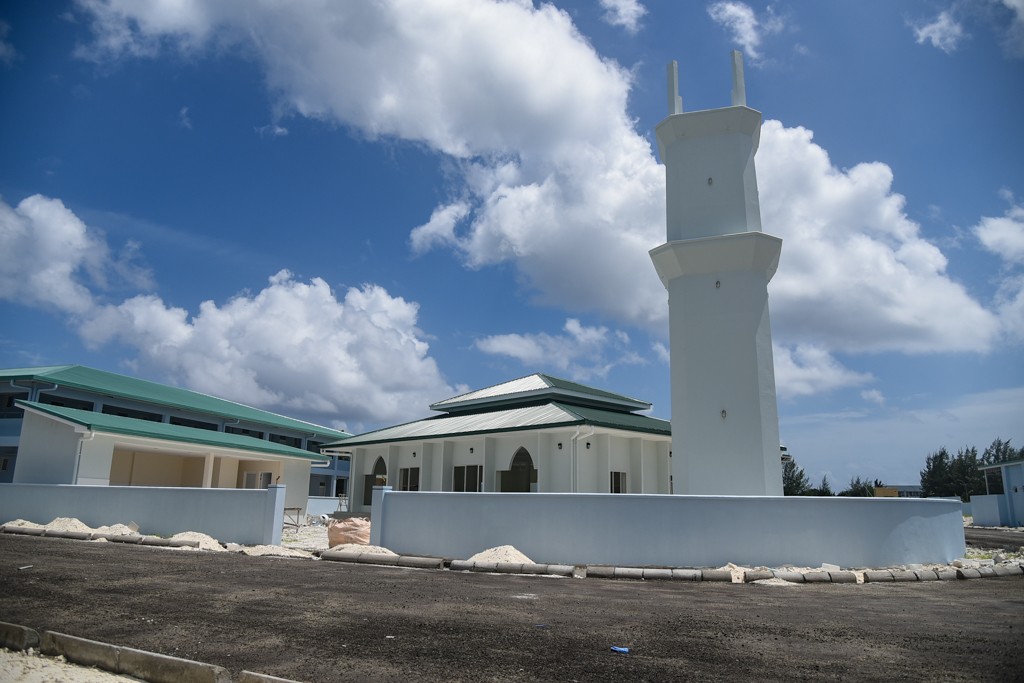 On 30 May 2016, Adil Moosa said, for this project they had made several preparations.

‘We are assuming when these 2 projects (runway and terminal) begin, during the project’s peak, 4000 people will be employed. The work will commence during the coming 3 months,’ Adil said back then.

Question is, where was the preparation by Saudi Binladin Group? Do we see the result of such a preparation?

When the terminal work has delayed this much, Saudi Binladin Group’s capability is questionable. 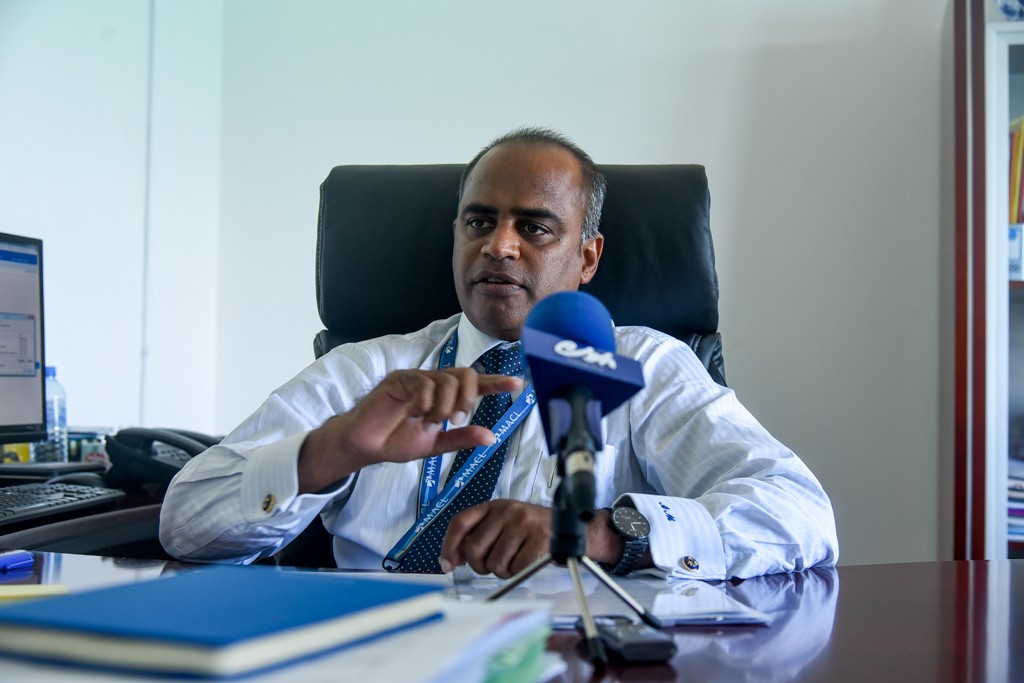 According to the government, the airport developmental projects fee has been paid. To run this project, the loans were taken from 6 overseas financial institutions.

According to the budget that the government has submitted for this year, the loans obtained to develop VIA are China Exim Bank, Abu Dhabi Fund, Kuwait Fund, Opec Fund for International Development (OFID) and Saudi Fund.

In the recent visit by President Abdulla Yameen to UAE, he also signed in a loan agreement. 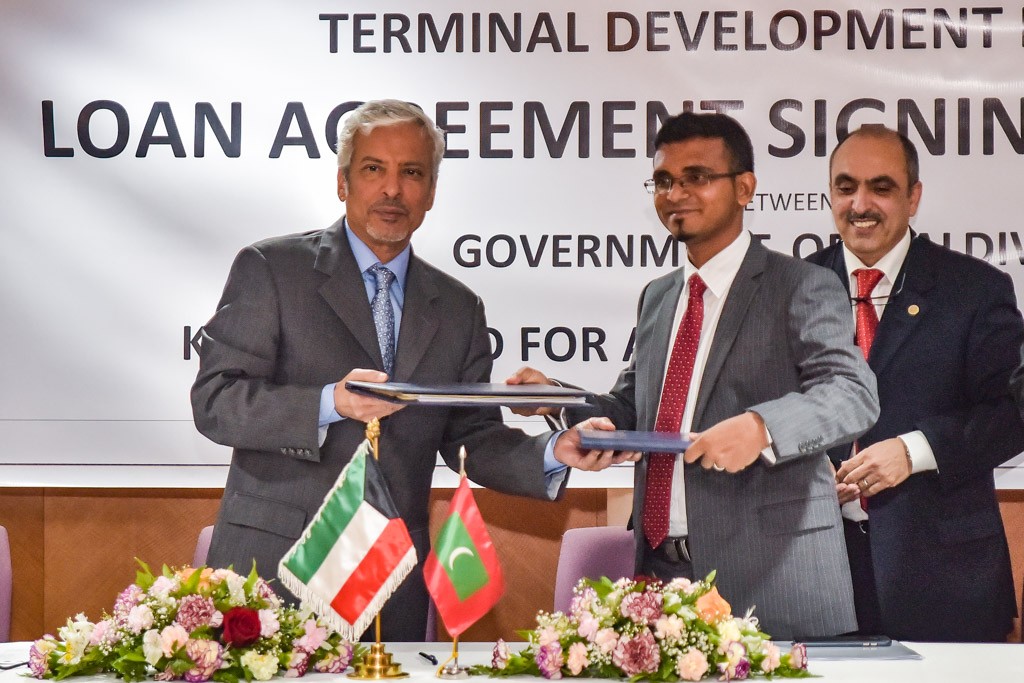 When looking at the new terminal work progress timelines from news titles, you can how the work has got delayed. MACL said on 31 October 2016, new international terminal design work has finished.

While sharing information on the master plan of VIA, Adil said earlier that the new international passenger terminal design work is almost done. And some research work has begun.

However, to date, the new international passenger terminal’s main building is still not visible. Therefore, it can be deduced that VIA project’s major portion, the new terminal won’t complete this year. Although, they said that a major part of that work will finish this year, at ‘snail speed’, it won’t speed up.