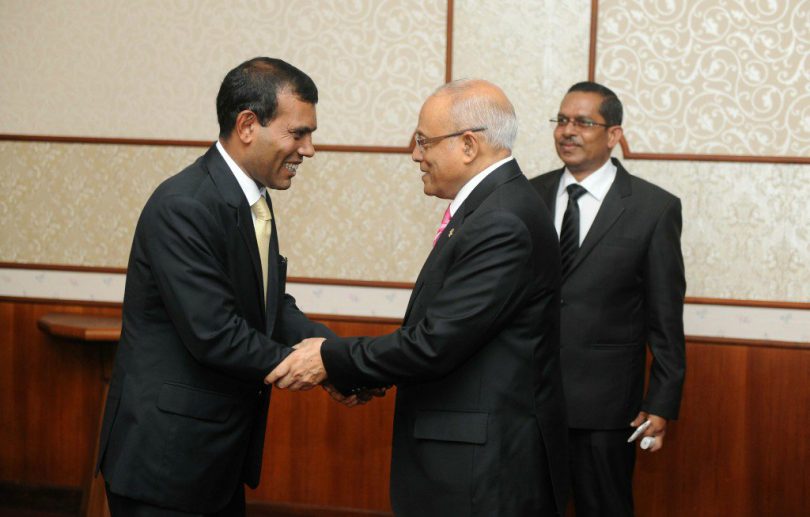 The original Dhivehi article was published on Vaguthu.mv website on 22nd January 2018.

Former President Mohamed Nasheed has admitted today that the status of democracy is better in President Yameen’s government than during former President Maumoon Abdul Gayoom’s terms in office.

President Nasheed said: ‘I believe that democracy has not yet slipped in the Maldives, for example to the level it was during the 1980s (President Maumoon’s government). Political parties can function, the press has some space. I see that from this space which we have we can take action and win the election.’

President Nasheed is a person who was engaged in lots of activities opposing Maumoon’s government. Nasheed was arrested on several occasions for publishing various articles from 1991 onwards. However, in 2008 Nasheed defeated Maumoon to become president.

Editor’s note: Vaguthu.mv, claims to be fast, reliable and unbiased news from the Maldives. Vaguthu is a pro-government website.