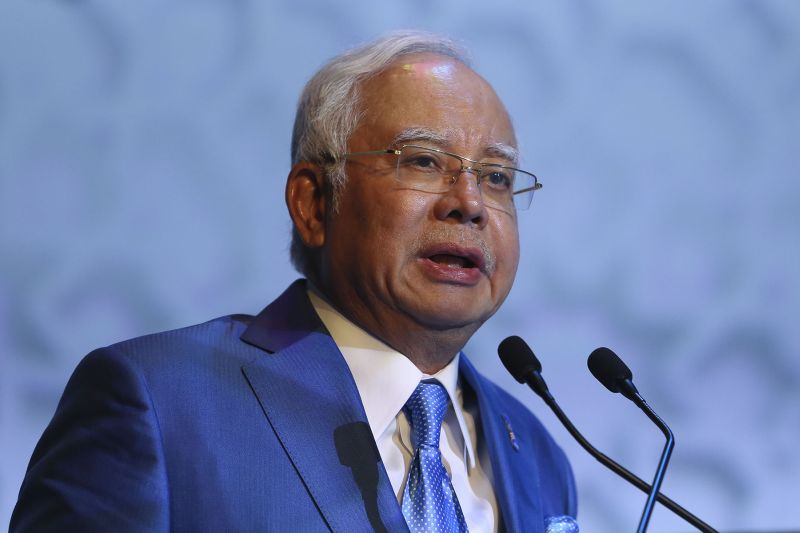 The Foreign Ministry in a statement here yesterday said the visits were at the invitation of Sri Lanka President Maithripala Sirisena and the President of the Republic of Maldives, Abdulla Yameen Abdul Gayoom.

This year also marks the 60th anniversary of bilateral relations between Malaysia and Sri Lanka.

The prime minister will be accompanied by his wife, Datin Seri Rosmah Mansor; Cabinet Ministers, Deputy Ministers and senior officials from the Government of Malaysia.

The prime minister’s visits underline the significance and importance Malaysia attaches to its relationship with Sri Lanka and Maldives, the statement said.

“These visits are also expected to set Malaysia’s future direction with both countries, covering all areas of cooperation. This will be the first official visit of the Prime Minister to Sri Lanka and Maldives.” it added.

In Colombo, the prime minister will be accorded an Official Welcoming Ceremony followed by a one-to-one meeting and bilateral meeting with the delegations of both countries, according to the statement.

Both leaders will also witness the signing of several Memorandum of Understandings (MOU) and agreements between the two countries in the fields of training, science and technology, communication and bio-economy.

An Official Welcoming Luncheon will also be hosted by the President of Sri Lanka in honour of the prime minister and wife.

The prime minister is also scheduled to attend a roundtable meeting with Sri Lankan businessmen and will also meet with the Malaysian diaspora in Sri Lanka.

A meeting with the Chief Minister of Northern Province has also been arranged.

The prime minister’s visit to Sri Lanka will provide an opportunity for both countries to discuss various areas of cooperation including trade and investment, education, tourism, health and human resource as well as issues of interest in regional and international cooperation.

While in Malé, Maldives, the prime minister will also be accorded a State Welcoming Ceremony followed by a one-to-one meeting and bilateral meeting with delegates from both countries.

Both leaders will also witness the signing of several MOUs between the two countries in the fields of health, tourism, firefighting and rescue and higher education.

A Joint Press Conference will be held prior to the State Welcoming Luncheon, to be hosted by the President of Maldives in honour of the prime minister and wife.

Both leaders will discuss various areas of cooperation covering trade and investment, tourism, health as well as issues of interest in regional and international cooperation.

Malaysia is optimistic that this visit will further strengthen the existing friendly ties between Malaysia and the two Indian Ocean countries not only in the areas of bilateral cooperation but also on regional and international issues.