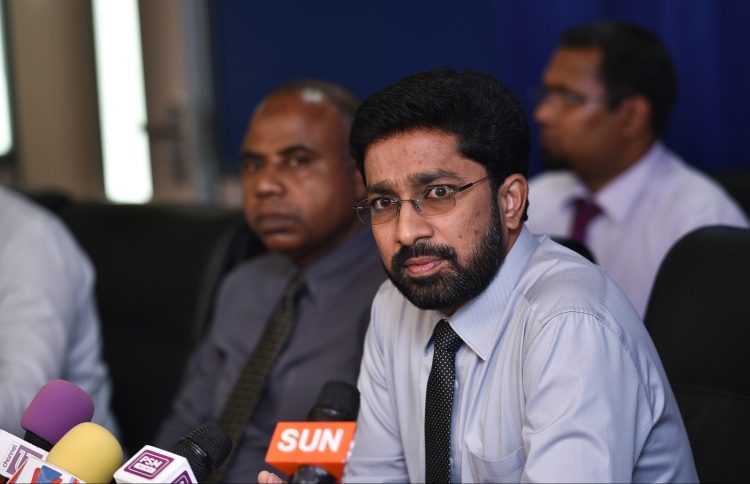 When local councillors meet with foreign diplomats, it could potentially damage Maldives’ relationship with other countries, Minister of Home Affairs Azleen Ahmed claimed on Saturday.

Speaking at a programme aired on national television, Public Service Media (PSM), the home minister said that the new regulation where local councillors are barred from meeting foreign delegates was enforced to ensure the “sovereignty” of the nation and to maintain Maldives’ status as a unitary state under the Constitution.

The parent body of local councils, the Local Government Authority (LGA) last week banned local councillors from meeting with foreign diplomats and organisations without a special permission from the government.

It had declared that all local councils are to submit a written request for permission to the LGA, which will be forwarded to the home ministry, if they want to meet with foreign diplomats or foreign non-governmental organisations and associations. The home ministry will then decide whether to grant permission or not.

Azleen, who is also the president of LGA, said that when councillors of a “certain ideology” meet with foreign delegates, it paves way for foreign nations to subvert the domestic principles and policies of Maldives, which, in turn, would disrupt the sovereignty of the nation.

He also revealed that only the personnel authorised by the government would have permission to convey Maldives’ policies to foreign delegates. He added that this policy was implemented to maintain consistency when delegating about Maldives’ domestic policies and to keep it in par with the government initiatives.

The home minister also clarified that the decision was not particularly aimed at any one country, and that it would not affect Maldives’ relationship with country.

The decision to disallow local councillors from meeting foreign delegates was implemented after councillors from Gaafu Alif atoll and Gaafu Dhaalu atoll were suspended for three months after meeting with British Ambassador James Dauris and US Ambassador Akhilesh Mira last week.

Dauris had raised concerns regarding the new rule in a tweet, saying, “Since I met elected island representatives on Thinadhoo earlier today, all local councillors have been instructed that they may only meet diplomats and NGOs with prior permission. The latest unfortunate step in #Maldives, I’m sorry to say.”