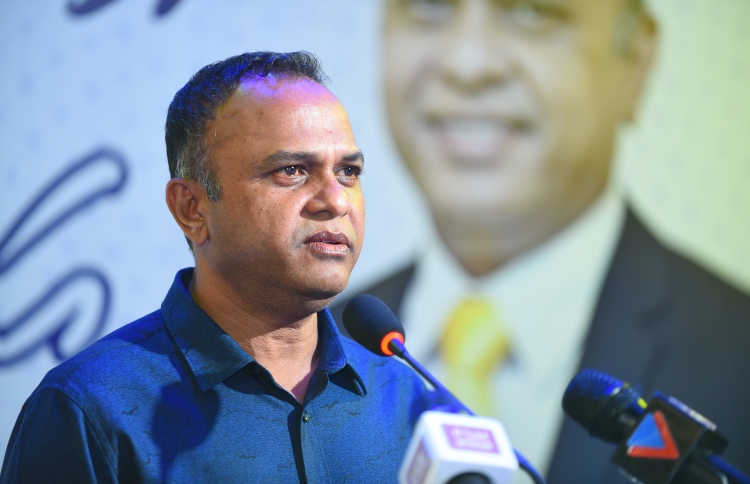 The original was published on Mihaaru on 11th February 2020.

When MP Hussain Shaheem (Andhun Hussain) said residents of Malé are facing a similar situation as the Palestinians, he came under fire and was forced to apologize.

He tweeted saying that residents of Malé are dwelling like refugees and Malé is in the same state as Palestine, to describe the living condition of Malé residents. It was never implied to belittle the rest of the citizens from across the country who live in Malé.

‘Directly or indirectly, I didn’t demean them. Yet, I ask to accept my apology from those who misunderstood me,’ said Andhun Hussain.

While speaking about the housing crisis of Malé city, he said the natives of Malé city’s rights are violated, being forced to ‘sleep in a big Coast milk powder can and shower in a small can of Coast milk powder’. Moreover, he appeared to insinuate that this is what Palestine is also going through and the reason being that in every social housing project, those registered to other parts of the Maldives are given the chance.

Hussain said after reclaiming the entire island city, what every government does to it is, after saying it’s for the deserving people they distribute it as they please in a way which is most beneficial to them. It cannot be, the island belongs to the natives of Malé, he said.

‘They have reclaimed the island till the house reef, relocated and settled the locals from across the country in the Malé city. While the natives of Malé just remained as they were. This place is facing almost the same thing as what Palestine,’ said Hussain.

Many have expressed great disapproval over what he said saying it incites discrimination. Dhaandhoo Constituency MP Yaugoob Abdulla replied to his tweet saying what Hussain said implied that the rest from other parts of the Maldives are the same as the Israeli Jews.

While some people were disappointed with what Hussain said, some thought that it was needed to be said to defend the rights of Malé natives.