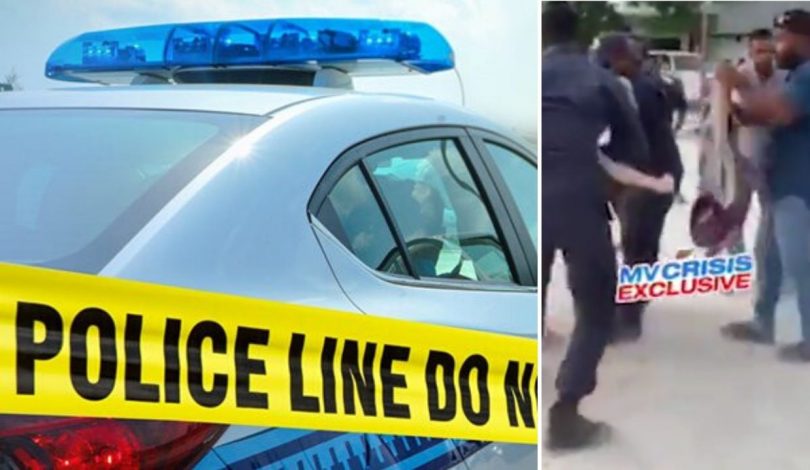 The original was published on Raajje.mv on 9th February 2020.

Following the recent viral video of the police struggling to arrest a female tourist for immodest clothing, many have criticised the police and the whole force. In the first video that surfaced showed the use of ‘unwarranted force’ being used to arrest the woman. While the woman was screaming saying she is being sexually assaulted, the force law enforcement officers continuing to restrain her.

Following the incident Police Commissioner, Mohamed Hameed had apologized on behalf of the police. Tourism ministry issued a statement condemning it. Politicians also tweeted in joining the chorus of condemnation. It also made into international headlines.

We just mentioned what happened in the video that surfaced first.

There were mixed reactions from the public, some supported it while others expressed concern. And there is no reason not to be. Since the Maldives relies on tourism, it will affect the whole industry when tourists are arrested using inappropriate force.

All this happened within 24 hours.

The video that surfaced the next day changed the whole take. This video showed what happened before the arrest. It showed the tourist refusing and resisting when the police ask her to cover up. And although officially, authorities have not confirmed, it is believed she was intoxicated.

“Anyone gets to my personal space they gonna have a problem” she said refusing to obey the request by @PoliceMv not to commit indecent exposure in a residential island and then she assaulted the police officer. Breach of law & provocation led to her brief arrest. @DailyMailUK pic.twitter.com/0DoIYruYYE

While the police have repeatedly asked her to cover up, a person with her who is believed to be her husband, using an item of clothing like a towel joining in with the police to cover her up. And while struggling with police, it can be seen her knocking a police officer’s glasses off. This was what happened.

Before we decide that the police used unnecessary force, we have to re-examine the situation. Especially where the police giving her the chance to cooperate, despite it being against the law and order in the Maldives islands (dress code wear).

In countries where it is legal to sell and consume alcohol, power is also used when a person refuses to obey the police. It is done so as to protect society and a community as a whole from harm, a best practice method applied by many countries.

True, this is will harm tourism, especially where a video shows a tourist is believed to be assaulted.

However, take a look at the big picture. It is the responsibility of any visitor to respect the culture and tradition of a country. They are expected to obey the set of rules and regulations laid by the country. The same rule applies to a Maldivian who is abroad, they have to follow the law and order of the respective country.

Perhaps, it was an issue that a female police officer was not available on the island, in such a popular local tourism thriving island. Additionally, it looks even worse when three police officers were seen to be wrestling with a woman, grabbing on to her.

Apart from that, there was no other issue.