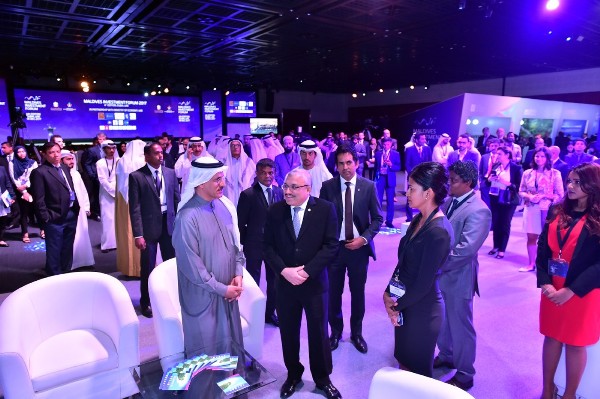 Justly famous for its idyllic palm-fringed resorts in the middle of the vast Indian Ocean, the Maldives is now eager to add to its persona by becoming the Dubai of the South Asian region – an ideal place for entrepreneurs from the region and beyond to network and strike deals in a uniquely pleasant and relaxed atmosphere which only the Maldives can provide, writes P.K.Balachandran in DailyFT.

While continuing to be a slice of paradise on earth, the archipelago of 1,200 islands is keen to exploit the multifarious opportunities provided by its geographical location, says Imjad Jaleel, Chief Communications Strategist at the Maldivian President’s Office.

‘Being on the international East-West shipping route, the Maldives could well be developed as an international maritime and trading hub, the government of President Abdulla Yameen feels,’ Jaleel told The Citizen.

Abdulla Yameen came to power in 2013 under turbulent political conditions. But he disregarded political animosities both at home overseas and quickly got down to drawing up a plan to exploit the country’s locational advantage. He launched his trademark ‘transformational development program’ to propel the Maldives into the 21 st. Century by developing its infrastructure with international investments.

‘The President correctly felt that even tourism, the country’s main breadwinner apart from fish, cannot be sustained and promoted unless it is backed by world-class infrastructure and support services.’

‘President Yameen’s ultimate aim is to make the Maldives an international centre of commerce and communication. The Maldives aims to be Dubai of South Asia, where people from the region and beyond would congregate to interact, network and transact businesses under ideal conditions. The Maldives will have the right ambience for mixing business with pleasure,’ Jaleel said.

The Maldives will eventually fill the gap between Dubai in the West and Singapore in the East, he added.

The Maldives’ achievements thus far assure that the ambitious goal can be reached. Despite motivated and baseless propaganda about Islamic radicalization and terrorism, the Maldivian tourist resort sector is booming, attracting all the top international brands, including Hard Rock International. China and Thailand have invested hundreds of millions of dollars in infrastructure projects.

To help the local fishing industry and also to get machinery and services for rapid infrastructural development, the Maldives has entered into a Free Trade Agreement with China. Additionally, the Yameen government has struck up a good relationship with Malaysia, an engine of growth in South East Asia. Prime Minister Najib Razak, who visited the Maldives recently, pledged Malaysian investments, Jaleel points out. 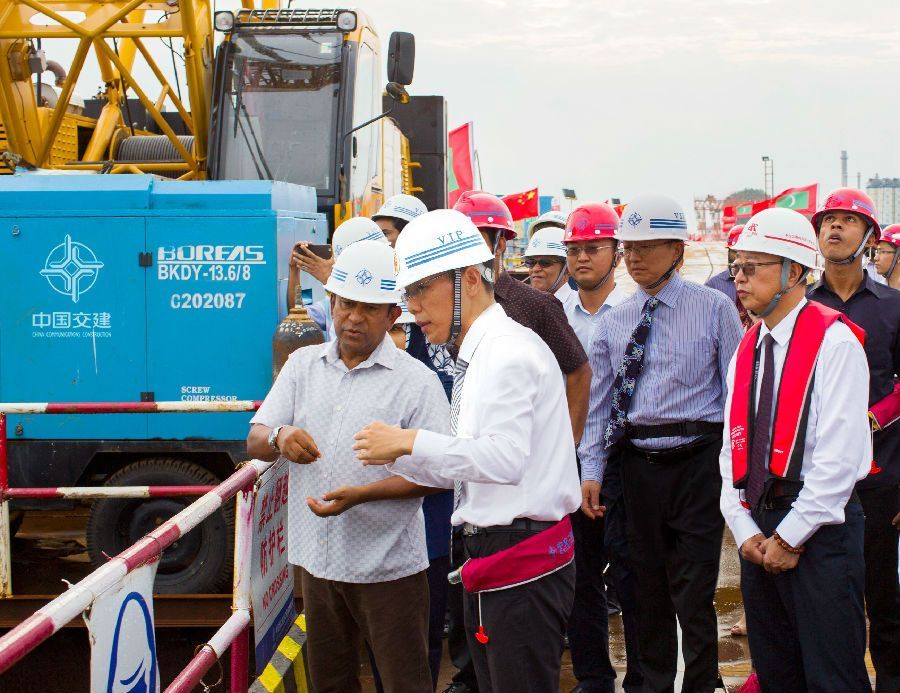 To attract international investments and also to encourage Maldivian entrepreneurs and businessmen to tie up with partners overseas, the government has been periodically holding a Maldives Investment Forum (MIF) overseas. The fourth edition was held on December 18 and 19 this year in Dubai.

‘In the MIF participants showcase their products and capabilities. It is encouraging to see an increase in participation in the MIF. It is also significant that the MIF in Dubai was organized both the Maldives and UAE governments,’ Jaleel noted.

Nearly 40 business leaders from the Maldives representing some of the leading companies and SMEs accompanied Economic Development Minister Mohammad Saeed to the Dubai forum.

In 2017, the Maldives became one of the world’s smallest nations to receive credit ratings from Moody’s and Fitch. Both prestigious agencies commended the country on its deficit reduction, economic growth, infrastructure investment and political stability, rating the country with a ‘stable outlook.’

The second Moody’s report said: ‘the Maldives also demonstrates strong debt affordability metrics, due to a large revenue base and a well-funded banking system.’

Adding to this, Finance Minister Ahmed Munawar said that there are no capital controls, long leases are available on properties and there are special incentives for investors who are able to reclaim land.

Sea As Good As Land

Communications Strategist Jaleel cautioned against dismissing the Maldives as a ‘small’ country. ‘the Maldives may have a small land area, but it has a vast stretch of the ocean to itself which can be used profitably, not just for fishing and developing fish related products, but for setting up boat building, water sports equipment manufacturing, and so on. A variety of support services to keep these sectors ticking will be needed and these would require investment,’ he said.

In an interview with Gulf News Economic Development Minister Mohammad Saeed said that among other things, renewable energy would be a key emerging sector in the Maldives. With plentiful sunshine, solar energy especially could be an area of investment. 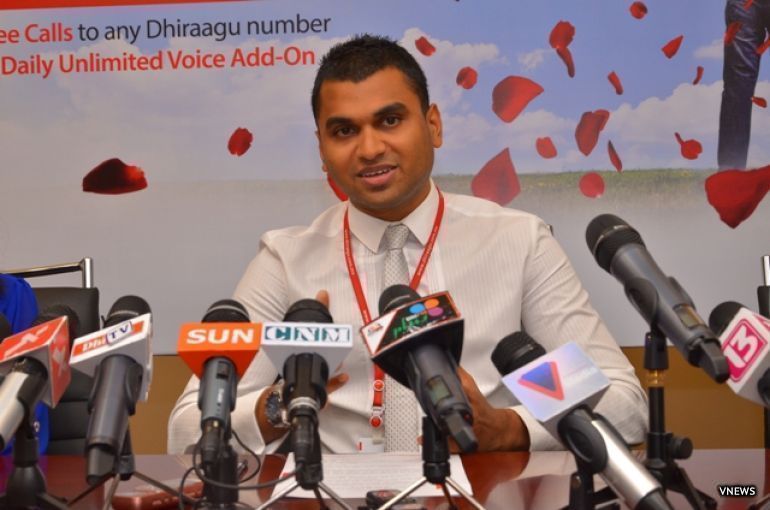 Further, Maldives’ has taken several measures to attract FDI. These include high return on investments in tourism, allowing 100 percent foreign ownership, avoidance of red tape and regulations that block people from doing effective business. The size of the portfolios that have been given registration in the last four years for a span of five years is estimated at US$ 14 billion,’ Saeed said.

The government itself is implementing a number of projects to facilitate foreign investments pooling. These include the US$ 1 billion international airport upgrading project envisaging a second runway capable of receiving the giant A380 aircraft. There is a huge youth township up coming up near Male with a bridge to connect it to Male funded by China. The government has implemented two state-of-the-art submarine cables, with 100 percent coverage. Every island is now capable of using phones and internet.

And the Maldives has an educated and ‘eager to work’ young population. 99% of its 410,000 people are literate and youngsters are given incentives to study abroad, Jaleel pointed out.

The Maldives currently receives 1.2 million tourists a year. But it has plans to raise it to seven million arrivals in another 5 to 7 years. So far, Chinese tourists constitute, for the seventh consecutive year, the highest number of tourists, while Singaporeans, as a group, are the biggest foreign investors in the country.

Asked about the effects of the scare created by the Western powers about political violence, terrorism and Islamic radicalism, Communications Strategist Jaleel said that going by the growth in investments and the steady increase in tourist arrivals, false propaganda about dangers lurking in the Maldives has had no effect.

‘The government has controlled Islamic radicalism through a reform process,” said the Maldivian Police Spokesman, Ahmed Shifan. ‘ The Maldives believes in a moderate Islam which is taught in schools,’ added Jaleel.

He pointed out that the joint communiqué issued at the end of the visit of Malaysian Prime Minister Najib Razak recently had said that the Maldives and Malaysia are ‘peace-loving countries’ which will work together to promote the ‘true values of Islam’ internationally.

Both countries pledged to combat terrorism in all its forms but appealed to the world to observe ‘moderation’ in its approach to Islamic radicalism and terrorism and use discussion and dialogue instead.