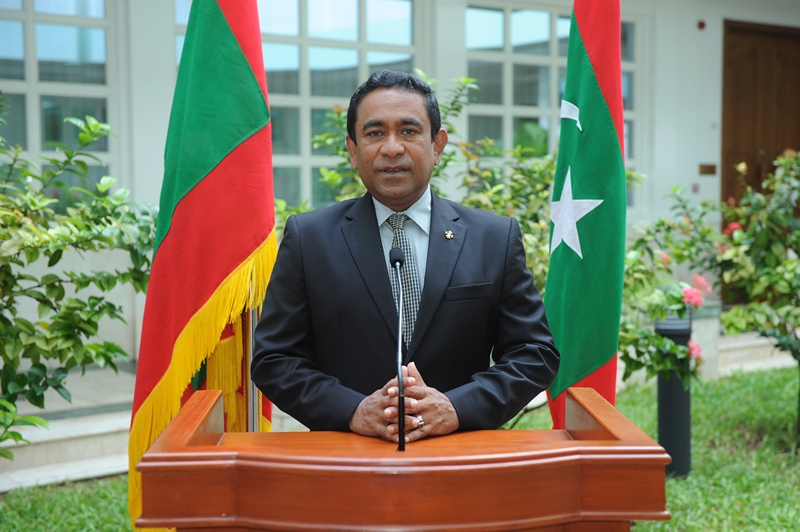 President Abdulla Yameen has advised the people ‘to recognize and accept the work being carried out for the progress and development of the nation’.

He made the remarks in his address to mark Unity Day, the official day declared in remembrance of the 2004 Indian Ocean tsunami that devastated the whole region.

In his address, the President also urged the people ‘to make it a necessity to put forth national spirit’.

Furthermore, noting that the 2004 tsunami was ‘the most tragic, and the largest national calamity faced by the Maldives in recent history,’ the President said that the National Day of Unity ‘is observed in remembrance of the spirit of national unity and solidarity shown by the people of Maldives in the immediate aftermath’.

He added that ‘memories of the tragic day still evoke bitterness and sorrow,’ as many had lost loved ones to the disaster ‘and the nation faced a huge amount of loss in a short time frame, causing extreme socioeconomic damage to the country’.

“Even today we should recall the team effort put in by Maldivians to overcome the loss caused in the disaster,” added President Yameen.

Further highlighting that the solidarity, love and compassion that was displayed by Maldivians during the catastrophe was ‘remarkable,’ the President said that ‘learning lessons from the disaster and moving ahead with solidarity was a national duty’.