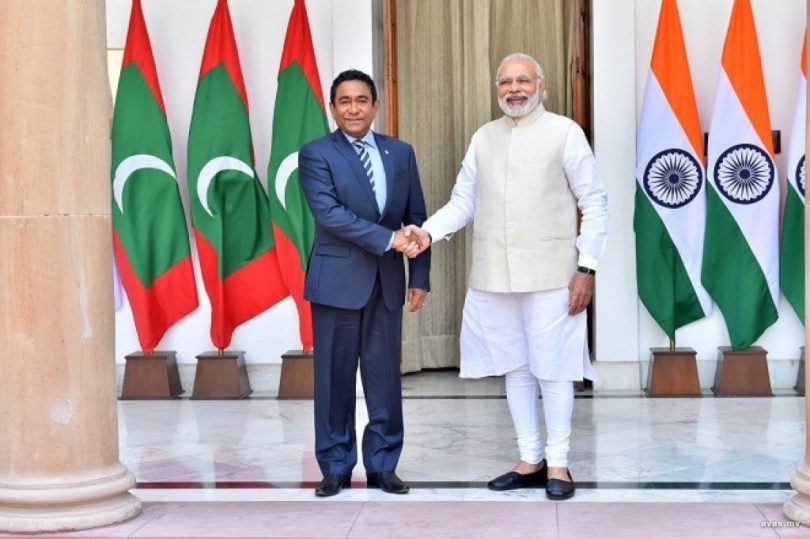 The Maldives is discussing a high-level bilateral visit from India to overcome the strained relations between the two nations, Indian media has revealed.

According to The Times of India, a top delegation from India is expected to arrive in the Maldives early next month. However, the governments of both countries are yet to make any official statements regarding the visit.

Ties between the Maldives and India became strained in the wake of the former’s Free Trade Agreement (FTA) with China. While experts in India have raised concerns over China’s growing influence in the Indian Ocean, the Indian government has not officially made any comments against the pact.

India-Maldives relations also took a blow when the government suspended the councilors of Gaafu Alif atoll after a meeting with Indian ambassador Akhilesh Mishra. While the suspension was over the council failing to procure permission to meet the diplomat, as per the new Local Government Authority (LGA) rule, it was perceived as a snub towards India.

Tensions between the Maldives and India peaked last week when a government aligned news website published an editorial accusing Indian Prime Minister Narendra Modi of being anti-Muslim and calling India an enemy of the Maldives. President Abdulla Yameen has rebuked the offence and called on the local media to refrain from insulting India, proclaiming that India is one of the Maldives’ closest and most important allies.

Yameen also reiterated that the FTA with China would not undermine the Maldives’ relations with India, and disclosed that the government is looking to enter into free trade with India as well.