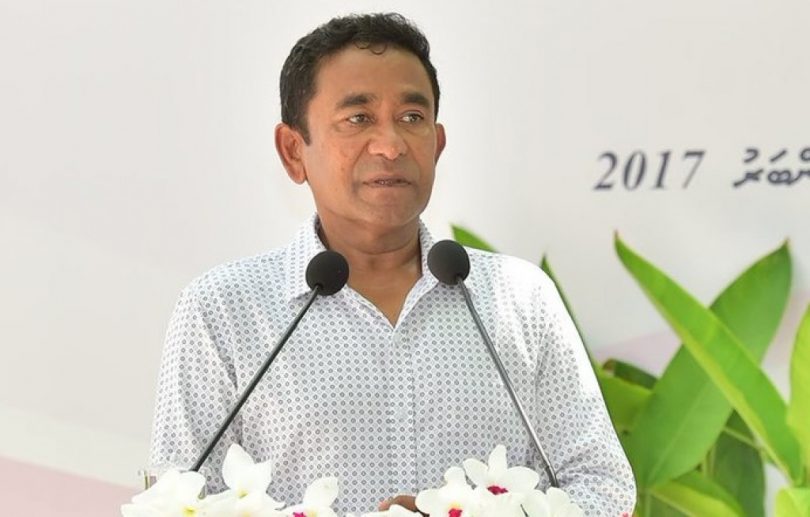 President Abdulla Yameen Abdul Gayoom on Sunday described neighbours India as Maldives’ closest ally appealing for restraint in criticism and asking to not engage in negativity towards India, especially in the media.

Speaking after inaugurating a new harbour in Noonu Atoll Velidhoo island, president Yameen reiterated that his government would never entertain negative sentiments towards India, highlighting that Indian assistance formed an invaluable contribution to the Maldives — further adding that the government was currently working towards a free trade agreement between the Maldives and India.

The Maldives’ fast-tracking of the FTA with China was understandably widely reported in the Indian media saying that Sino-Maldivian trade balance remains considerably in favour of China, and there are concerns that the FTA will further increase the deficit and push Maldives towards a debt trap like Sri Lanka — an issue that has alarmed Delhi amid apprehensions of neighbourhood plunging into economic crisis in future.

Touching on the recent free trade agreement between the Maldives and China, President Yameen stated that it would bring several opportunities to the country.

“I urge our journalists not to respond or counter the individual opinions published in the Indian media. India is our closest ally. That’s how it has always been and how it will remain in the future. So we must never criticize India or its leaders. It’s certainly something the government will not do,” president Yameen insisted.

President Yameen’s comments come days after a local online newspaper published an op-ed piece severely criticizing India and had described the south Asian giant as an enemy of the Maldives.