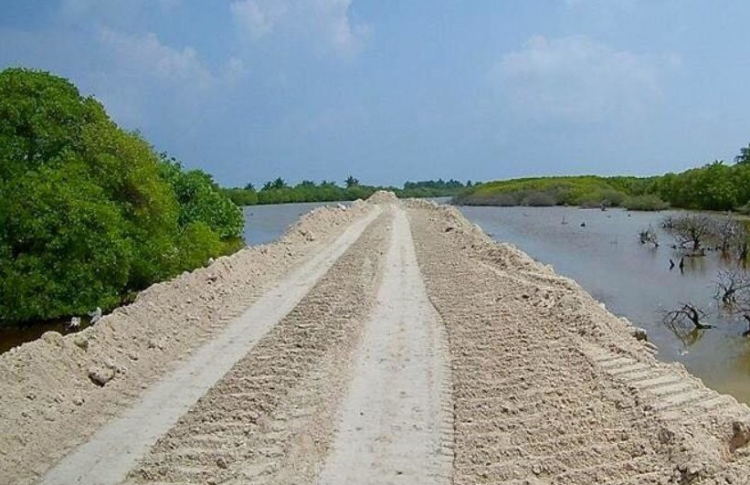 Reclaimed strip for the bund wall through the mangrove swamp of H.Dh. Kulhudhuffushi. PHOTO/SOCIAL MEDIA

Twelve hectares of land has been reclaimed for the airport development project in Haa Dhaal atoll Kulhudhuffushi island.

Maldives Transport and Contracting Company (MTCC)’s newest dredger “Maha Jarraf” is to reclaim a total of 15 hectares, six from the island’s lagoon and nine from the island’s wetlands. While reclamation of the swamp commenced on November 12, MTCC had previously claimed that it would be completed in a month’s time.

MTCC had also stated that construction of the runway would begin as soon as reclamation was complete. The government initiated project to develop a domestic airport in Kulhudhuffushi is to be completed by mid 2018.

The reclamation of the mangrove swamp had sparked outcry with 13 environmental agencies from across the nation calling on the government to halt reclamation, as Kulhudhuffushi’s swamp is notable for its rich biodiversity, including several endangered species of mangroves. They have also filed a case in court.