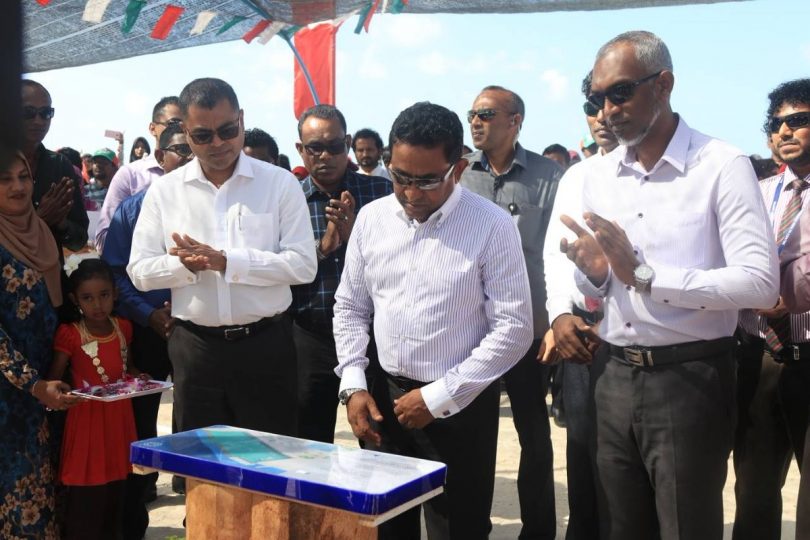 President Abdullah Yameen has stated that discussions on issues pertinent to citizens, was a waste of time and that he would not do that.

Speaking from Eydhafushi island Baa atoll, President Yameen said the opposition had always accused him of heavy-handedness in his way of conducting affairs of the state. However, he said that he had worked in the Parliament and senior Government positions and was well versed in discussion.

In this vein, the President said that he did not see a point in discussing trivial matters and instances where the outcomes were clear, as it took up too much time.

He went on to claim that he had taken ‘shortcuts’ when critical issues needed to be discussed at Cabinet level. As such he noted that he had split the cabinet into two to facilitate speedier decisions.

President Yameen had also responded to the allegations of cruelty made against him, stating that these were to contrary. He also refuted claims that no individual was in jail without a verdict.

He also addressed the claims of wealth gained illegally during his tenure, stating that all he had was obtained legally and ethically.