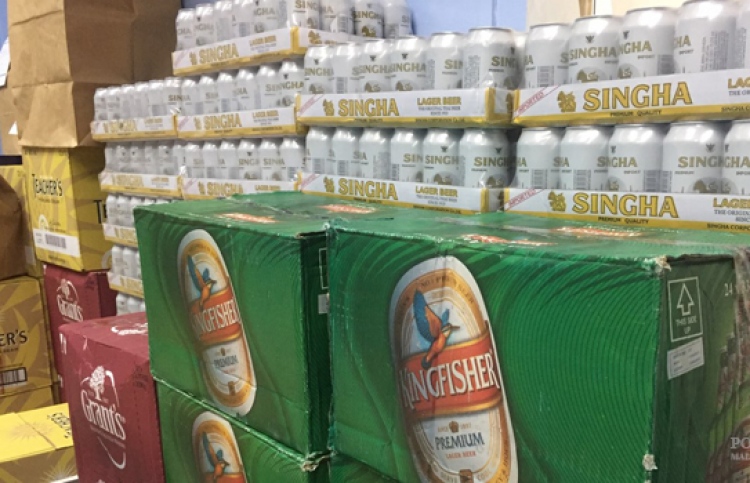 Some of the beer cases that the police apprehended from the safari cruiser docked in Hulhumale. PHOTO / MALDIVES POLICE SERVICE

The police revealed that one of the expats was apprehended from capital Male and that he had bottles of liquor in a bag with him, at the time of the arrest.

The three men are currently in remand, and the Criminal Court had added five more days to their remand.

Every year the police are extra vigilant and run special operations to confiscate the large amount of alcohol that is smuggled into the capital city towards New Years.

The police have informed that they will be patrolling Male, as well as vessels going in and out of Male around New Years. The police’s dog squad will also be used in some of these operations, they warned.