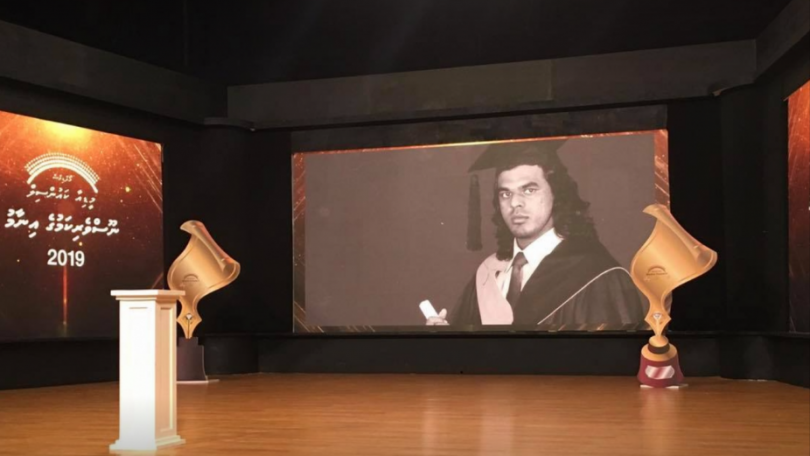 Six years after his forced disappearance, journalist Ahmed Rilwan Abdulla has been recognized for his valuable contribution to the field of journalism by the Maldives Media Council.

Rilwan, who had worked for an English news website by the name of Minivan News, was awarded posthumously for his contribution at the Journalism Award Ceremony 2019 held last night. The award was received on his behalf by Rilwan’s sister, Fathimath Shehenaz.

Rilwan’s disappearance in 2014 shook the Maldives. According to a report released by the presidential inquiry commission, he was forced into a car at knifepoint outside his home on the island of Hulhumale and taken to a boat out at sea where he was killed.

In a video message during the ceremony, President Ibrahim Mohamed highlighted the forced disappearance of Rilwan, as well as the murder of blogger Yameen Rasheed. He gave his assurance that the ongoing work by the government to seek justice will continue to prevail.