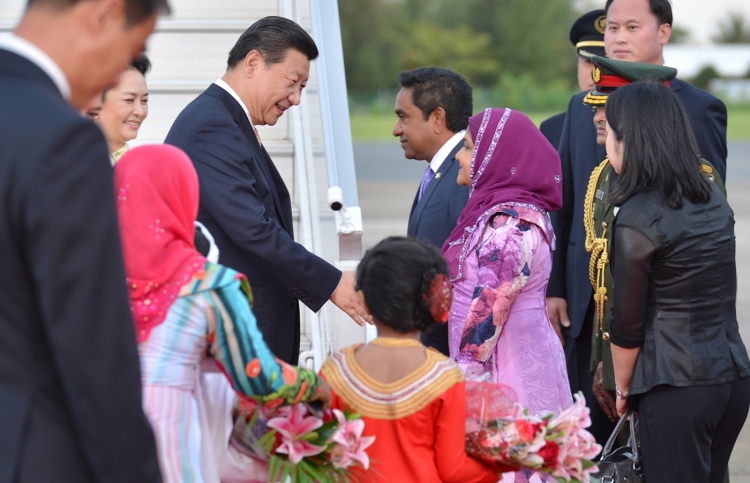 Mihaaru understands that the presidential couple had stayed in Singapore for two days prior. The Maldivian delegation accompanying Yameen to China had met up with the president on Tuesday night in Singapore.

The visit is at the invitation of the Chinese president, Xi Jinping.

According to the President’s Office, the state visit entails official talks between the governments of both countries, including signing of key agreements to enhance bilateral relations in the sectors of trade, professional and socioeconomic development, and technology among others.

Yameen will also call on key leaders of China to discuss ways to further strengthen socioeconomic ties between the Maldives and China.

The President’s Office did not disclose details of the agreements to be signed.

This marks Yameen’s first State Visit to China since he assumed presidency in 2013. However, he had made official trips to China in 2014 and 2015, while Xi Jinping had also visited the Maldives in 2014.

The president’s first State Visit to China comes in the wake of his government’s decision to enter into free trade with the Asian giant, an agreement approved by the parliament. However, it remains unclear whether the historic free trade agreement would be signed during this visit.