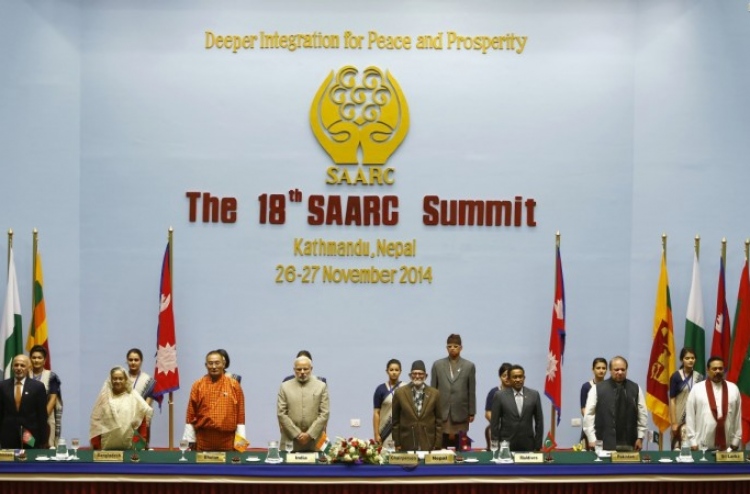 President Abdulla Yameen has called on South Asia to remain united and not let differences in belief and outlook obstruct regional efforts to accomplish common goals.

In a message to mark the 33rd SAARC Charter Day, Yameen noted that the region of SAARC is vast and densely populated with a diverse range of social and cultural backgrounds.

“Despite political drawbacks over the past three decades, SAARC has succeeded in creating opportunities where we were able to amicably agree and move forward. In this vein, people-to-people contact is crucial to achieving the full potential of the SAARC region,” he said.

Yameen declared that education is key for SAARC, a region with a low literacy rate, to harness its true potential. Stating that more access to quality education would help eradicate poverty and sustain development, he called on SAARC to streamline its education systems and attain the goals in the SAARC Charter, which include inclusive and quality education as stated in SAARC’s Agenda 2030.

“SAARC is not exempt from global threats, such as climate change, terrorism and natural disaster,” he went on to say. “To address these global threats and fight them, we, as a region, need to unite and help each other.”

The president assured the full support and cooperation of the Maldives to boost ties between member states and to improve socio-economic standing, peace, security and stability of the South Asian region.