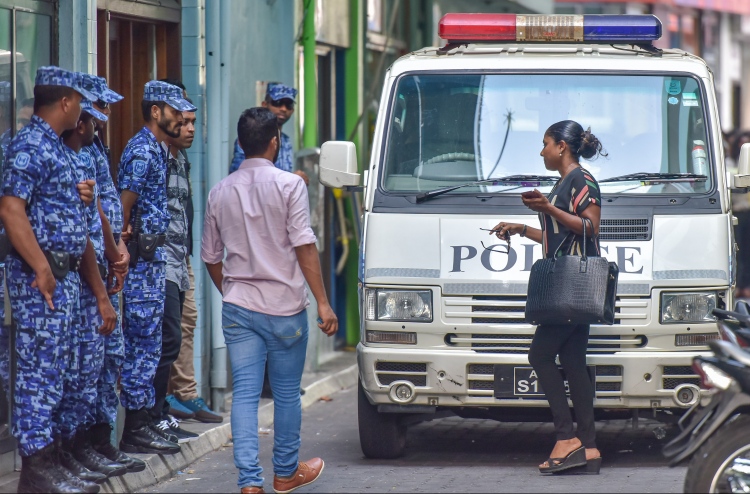 The original Dhivehi article was published on Mihaaru.com website on 18th April 2017. By Fazeena Ahmed.

In the political sphere, all eyes are on Jumhooree Party leader and bigwig Gasim Ibrahim’s court case. Member of parliament for Maamigili constituency Gasim is suspected of bribery. He was summoned to the police station on that charge and it didn’t take even two weeks to conclude the police investigation. Subsequently, at high speed, the case was prosecuted and the trial started.

The charge against him is that he declared that he will help re-elect those members who vote against Maseeh in the censure vote.

Police have still not stopped frantically gathering evidence for the three cases filed against Gasim. After obtaining search warrants, his home and offices were searched.

If he had bribed members that’s certainly a crime; and to investigate it and take action, is the legal duty of the police.
However, in this case, many are bemused as the institution to uphold law or justice is acting rather differently (to that of other similar cases). Even though it is written that in front of the law all are equal, some are questioning the fairness of investigations being carried out in various cases. 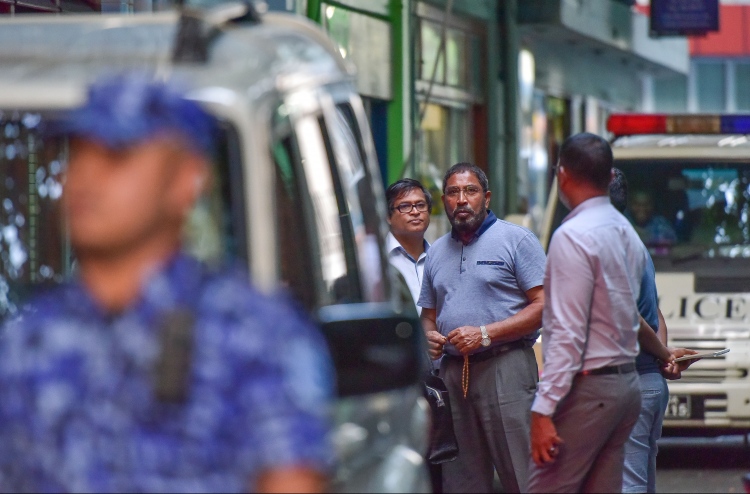 The public is enraged as while the cases against members of the opposition for bribery and others are carried out in lightening pace, there is no institution to even look at cases against pro-government people.

‘When Gasim is accused of bribery without any evidence, what are the steps taken against the member who said he went to members with sacks full of cash? Where is the justice? Where is it?!’ ex-President Maumoon questioned in a tweet tagged to the police and the attorney general’s office.

Public were aware that members of parliament were offered and (some) they accept bribes even before the censure vote on Maseeh. In the largest fraud case in the history of the Maldives, President Yameen announced that MMPRC’s money was given away as a bribe to parliament members by (ex-Vice President Ahmed Adeeb ). Not only once, he has reiterated that on several occasions in his speeches.

Member for Hoarafushi constituency Mohamed Ismail’s confessed that it was he who went to the members distributing the large ‘sack of cash’, reinforcing what President Yameen has said. He has repeatedly boasted that parliament members of both PPM and MDP accepted MMPRC’s money as a bribe while talking in several TV programs too.

However, he later retracted his words and said it was just ‘political rhetoric’. He also said that he has given his cooperation with the ongoing investigation of the fraud by the Anti-Corruption Commission.

When it was very clear that 1.2 billion Rufiyaa of the state money was taken by members of the parliament, to date, no action has been taken on the matter.

The case of the said member bribing members of the parliament for some reason was not investigated by the police and it has been two years since the event. Also to date, the authorised bodies to investigate, such as Anti-Corruption Commission hasn’t taken any action. 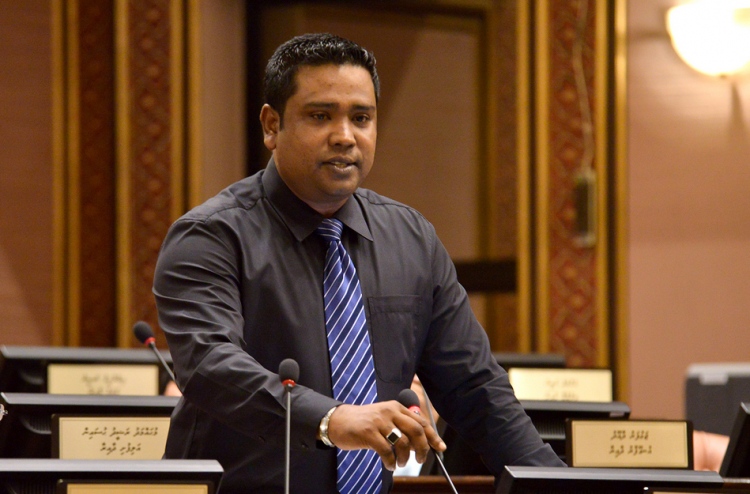 Even if no one filed a complaint, there is no legal obstacle for the police to conduct an investigation on their own on this matter.

The other issue is, along with the censure vote, Dhangethi member Ilham Ahmed’s threats to members of the parliament. Just a week before the voting day, during a rally, he said that those members who vote against Maseeh who get hot water poured onto their feet need not cry and ‘’ when they feel the pain. We won’t accept hypocrites. And then the only thing that can be said is a ‘no’, during the vote. The opposition saw the motive of Ilham making this threat in the rally where President Yameen himself attended was to directly influence the vote.

Ilham was summoned to the police to investigate the matter. Members of the public believe that this was just a smoke screen to justify ongoing investigations by the police on trumped-up allegations against Gasim. MP Abdulla Riyaz and Faris Maumoon’s. After summoning Ilham once, the investigation was shut closed.

Former Deputy Prosecutor General Hussain Shameem says that since no legal action was taken against Mohamed Ismail who made an indication of bribery, which leaves room to raise the question on the current modus of justice on being implemented in the country.

“Justice is not just justice done, people have to perceive that justice is done or it has to be conducted in a manner for the public to feel that it is in fact happening,” he said.

Shameem said investigations have to be carried out without regarding the party, gender or race, the person belongs to.

“The system should not run based on an individual or the party,” he said.

The concerns are resounding to the fact that two persons accused of a similar crime are being treated differently. Another injustice pointed out was that there will not be any penalties even if you commit a crime if you belong to a specific party.

These are the concerns many have in the bribery case against Gasim. Since Gasim is a leader of the opposition, he is being treated unfairly.