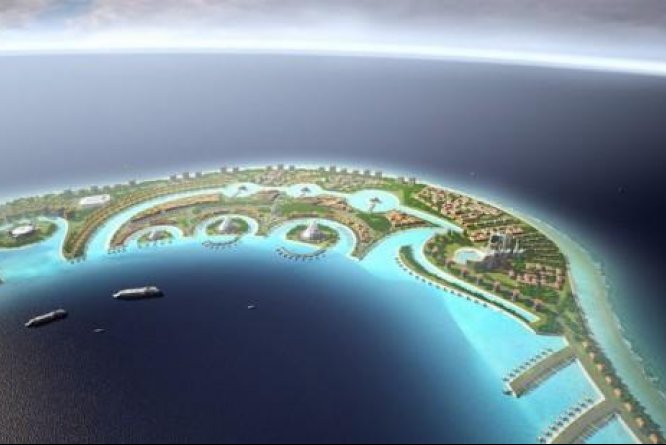 The original Dhivehi article was published on Vaguthu.mv website on 19th April 2017. By Rian Rasheed

The island nation lying south of Malaysia’s Johor state – Singapore was not a common topic for Maldivians. However, when President Yameen mentioned in his speech that Maldives is the same as Singapore, the public started their research on Singapore. Maldivians wanted to know if the President is not making a joke.

Yes, that development is now visible across the country.

President Yameen spoke on 3rd May 2016 that Maldives also could gain similar development as Singapore in a speech to the natives of Bandidhoo on the occasion of inaugurating the new harbour of the island.

Speaking at the ceremony the President said; “Like we go to Singapore, people from elsewhere could visit Maldives thinking this is Singapore. Why can’t we reach that level? If we have the foresight to make use of the resources in the Maldives for development, we should do it. This is something achievable.”

President said to achieve that target we have to expand tourism, the spinal cord of our economy.

The opposition mocked at these President’s remarks. However, by exploring what is possible and by brainstorming the ways and means, President Yameen continues to take developments to the pinnacle by ignoring that mockery.

In the same manner, when we look at the large ongoing projects:

– the bridge project which people in Malé appreciatively go and observe daily it’s work progress;
– the main international airport – Velana’s runway expansion project;
– the I-Heaven project;
– the tourism sector’s development;
– along with the domestic airports, are all of noteworthy and which definitely cannot be ignored.
People living in the previously neglected small islands are also now showing happiness and contentment on their faces. What we hear is that we have never had such a leader as a President in the Maldives before.

Developments are also visible in all areas. We now have the capability to compete with Singapore or Malaysia in the education sector. Remarkable improvements can be seen in the health sector too. With the 25-storey the government’s main hospital building (new extension to IGMH) in the works, there is no doubt about the many new health services that will be introduced in the country. Begging-for-prescribed-medicines method has stopped, and through Aasandha (free health insurance scheme), the government has facilitated the citizens to get medical treatment either from within the Maldives or from the overseas.

Discussions are being held with relevant people to bring about developments into other sectors as well.

The public will not see it as a crime to talk about the new services that they are receiving and compare the future developments of Maldives to that of Singapore.