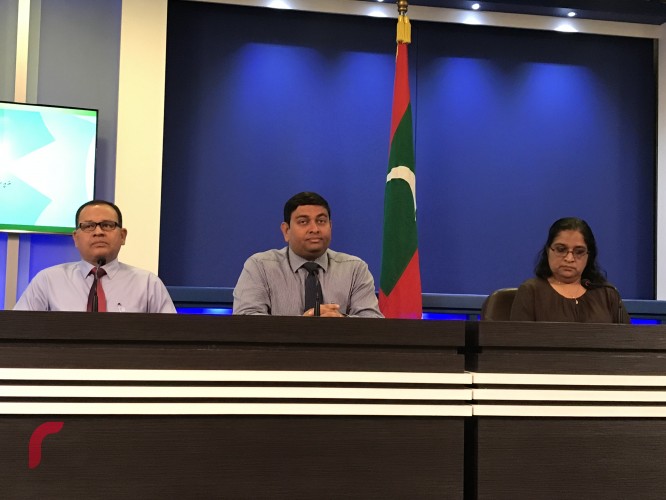 The Government of Maldives has once again called for a resumption to the stalled All-Party Talks, after leveling strong criticism against the opposition parties.

The letters calling for a resumption to the talks were sent to the opposition parties and former President Maumoon Abdul Gayoom on August 30th. The opposition on Monday, passed not to participate in the talks.

The opposition called on the Government to cease the pretention, be sincere in reforming the nation and resume talks after releasing jailed political leaders.

Speaking in a press conference held in President’s Office on Tuesday, lead negotiator and Fisheries Minister Dr. Mohamed Shainee accused the opposition of insincerity. He said the Government had attempted to hold the talks on multiple occasions.

Referring to the opposition’s calls for release of jailed leaders, Dr. Shainee said the Government had the bigger picture in mind; which was implementation of the reforms highlighted by the opposition. He said the President will engage in discussions of national interest with politicians and political parties of differing views.

He added he did not believe the Government had acted illegally and this was the basis for the different views.

‘Under previous Governments, we’ve seen the arrest of people without court orders, used tanks on the road trained guns on doorsteps and arrested people, there are individuals who had been lost in the system. We have not acted outside the means set in the Constitution,’ Dr. Shainee said.