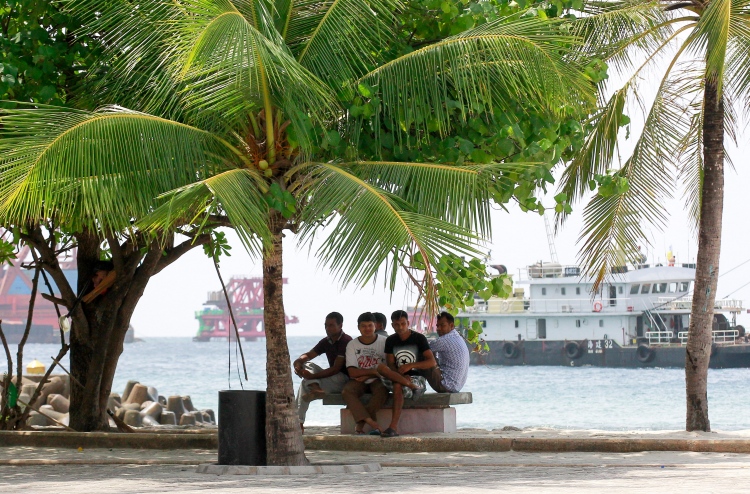 The original Dhivehi article was published on Mihaaru.com website on 10th September 2017.

The main reason why Bangladeshi workers are preferred and brought into the Maldives is that of their low wage. Their usual wage ranges from USD 150 – 200. They are the cheapest labourers to come in for work in the Maldives. Since neighbouring India workers costs USD 400, ends are not met without using cheap Bangladeshi workers, says local companies.

From 6th November last year, Maldives Immigration stopped issuing a visa for Bangladeshi workers. They announced that they put a break on issuing regular work visa for Bangladeshis. They now give quotas only to government run projects and to tourism related jobs.

Thousands per head for bribe

When visa for Bangladeshi workers was ceased, ongoing projects came to an abrupt halt and many foreign workers agencies expressed great concern. The construction industry especially faced major challenges. Which eventually lead to the beginning of obtaining a visa through corrupt methods.

Some say for a Bangladeshi worker’s visa, additional thousands of money are required to pay. In other words, that is to “buy” visa through the Maldives Immigration.

‘Now we are able to bring in a Bangladeshi worker after paying an extra MVR 6000 to MVR 8000. That is even after paying the deposit. Without offering that you can’t bring them,’ a spokesman from a foreign workers agency, said in anonymity.

Many other agencies also confirmed that. Some agencies said that influential companies pay their way through the immigration staff and brings the Bangladeshi workers. 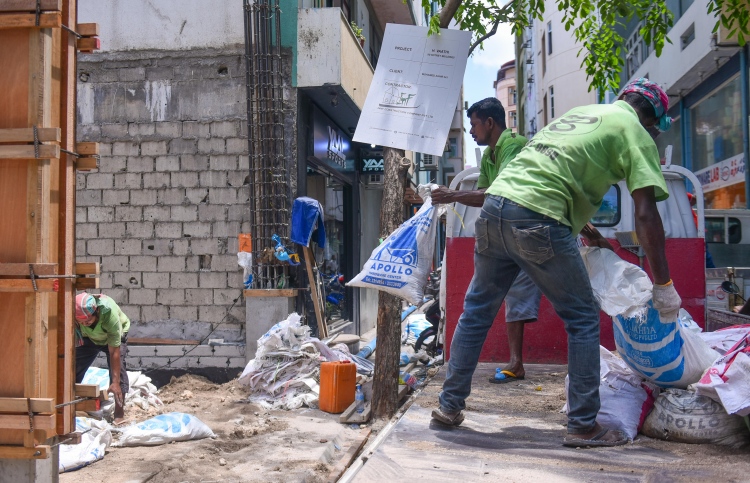 Bangladeshi workers at a construction project

It’s done so in name, however certain companies keep bringing workers from Bangladesh without fail. Bribes are being taken. There is no chance for a shop owner or to a hire as a janitorial worker. However, for the rich there is,’ said a senior staff from an agency.

When Maldivian airline is operating direct flights from Malé to Dhaka, even now, there are a many numbers of Bangladeshi workers entering the Maldives. However, those are not only workers for government projects and for the tourism industry, some informed sources say.

It has been revealed that more than 2000 labourers entered Maldives since the Immigration stopped issuing regular work visa for Bangladeshis.

Not possible through Expat Online System

Maldives immigration says that Bangladeshi citizens can now enter Maldives for work under the newly introduced ‘Maldives Immigration Pre-Departure Screening System’, after getting screened through the relevant agencies. Moreover, works are also in place by the staff of Maldives Immigration, in collaboration with the designated agencies in Bangladesh.

Unfortunately, the date for the system to be implemented surpassed and it has still not begun.

When works are ongoing to familiarize agencies to the online system and two company has already got the opportunity to use the system; however, they cannot still bring in workers through the system, say agencies.

Immigration’s Information Officer Hassan Haleem says that visa for Bangladeshi workers are issued to government projects. He said the claim that immigration officers taking bribe to issue a visa to the rest are false.

Maldives Immigration did not want to further detail on the matter.

It is, in fact, true that Bangladeshi workers are brought in by perverting the system. However, it is not for all. The rich overpowers the rest.