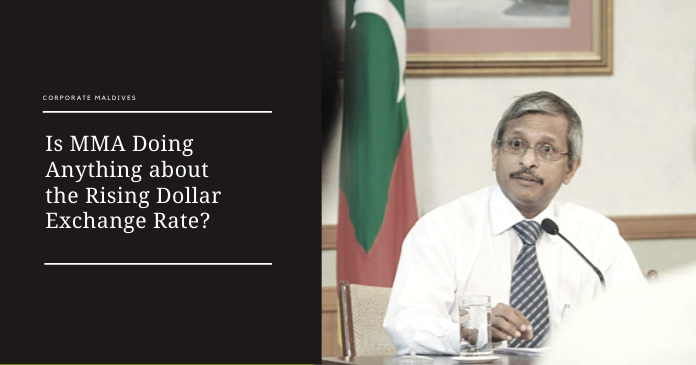 During the 29th Sitting of the parliament on 19th August, Abdullah Jabir, the parliamentary representative for Kaafu Atoll’s Kaashidhoo constituency, had called out to remove the Maldives Monetary Authority (MMA) Governor from his position. “People are trading dollars for MVR19. MMA Governor hasn’t done anything about it.” Is this ignorance or incapability?

The alarming rise of the dollar rate is not a new concern; it has been in talks since April. “Rising dollar rate is alarming as it will have ripple effects on the whole community, especially at a time when everyone’s suffering. MMA and the government need to take urgent action to ensure the prices of goods can be kept at affordable rates and survival of businesses of all scales.” Read a statement by Managing Director of VB Brothers in July.

On 9th August, Former Minister of Economic Development Mohamed Saeed issued a warning against consequences that may arise from the government instructing MMA to print additional banknotes. “The dollar rate has risen to MVR19. Prices of goods have increased. The people’s pockets are empty.” 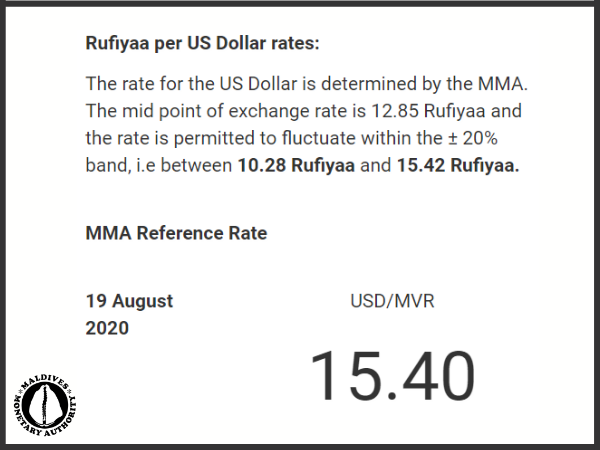 Although the exchange rate by MMA as of 19th August is MVR15.40 per USD, people are trading in the black market for extremely high rates. The dollar shortage in the economy is a result of the economic downturn due to the pandemic.

The current MMA Governor Ali Hashim was appointed after the resignation of MMA’s previous governor, Ahmed Naseer in 2019. Ali Hashim previously served as Minister of Finance from 2008 to 2010. “There are people more qualified in the Maldives for the position of the Maldives Central Bank’s Governor. The current Governor needs to be removed.” Said Abdullah Jabir.