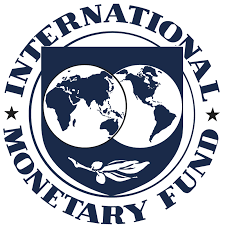 On October 20, 2017, the Executive Board of the International Monetary Fund (IMF) concluded the Article IV Consultation [1] with Maldives.

Maldives’ economic growth has been highly volatile, driven primarily by high-end tourism and construction. The economy grew by 3.9 percent in 2016 and continues to improve in 2017 on a recovery in tourism and a continued strength in construction but faces large and growing imbalances. The fiscal deficit widened in 2016 driven by lower-than-expected revenue and large arrears clearance despite unchanged current spending. Public debt as a share of GDP rose nearly 11.5 percentage points from 2014-16. Monetary policy remains accommodative and private sector credit has grown rapidly, led by the housing and construction. Headline inflation continued to decline in 2016 (period average) and is projected to remain low with some lift from the subsidy phase out. The current account deficit widened sharply to 19.6 percent of GDP in 2016, due to increased infrastructure-related imports, moderating tourism receipts, higher remittance outflows, and a large one-off court mandated payment.

The outlook is for a strengthening recovery in the near term, with low inflation, loose financial conditions, but with significant downside risks from a fragile fiscal and external position. Growth is projected to recover in 2017 and stabilize over the medium term, benefitting from the infrastructure scale up, continued recovery in Europe, and favorable short-term and long-term tourism trends. Both the fiscal and current account deficits are projected to gradually decline over the medium term, after widening in 2016, as infrastructure spending winds down. The main challenge remains one of balancing a surge in infrastructure investment that has the potential of transforming the economy against the continuing risks stemming from high and increasing public debt.

Executive Directors welcomed that the Maldives economy has been improving supported by recovery in tourism and construction and that the medium-term outlook is positive. Directors noted, however, that the rapid buildup in debt, widening current account deficit, and low international reserves amid limited policy space pose difficulties. They emphasized that policy priorities should focus on balancing the large infrastructure investment, reducing fiscal and external deficits, building adequate reserves, and undertaking reforms to enhance longer-term growth potential.

Directors emphasized that decisive fiscal adjustment is needed to restore fiscal and debt sustainability and reduce external imbalances. They underscored that consolidation efforts should focus on implementing revenue measures, containing current spending, and prioritizing investment projects. Recognizing that increased infrastructure investment has the potential to transform the economy, they encouraged the authorities to carefully assess the risks of excessive debt. Directors welcomed the intention to introduce user fees for key infrastructure and the steps being taken to recover tax arrears. They highlighted that strengthening public financial management, including by developing an annual borrowing plan as part of the approved medium-term debt strategy, is critical for supporting fiscal sustainability. Directors encouraged the authorities to rely more on concessional financing.

Directors viewed the stabilized exchange rate arrangement as appropriate. They took note of the weakening external position and agreed that strong fiscal adjustment, combined with a tighter monetary stance and more flexibility in the pegged regime, could better support the peg and help build foreign reserves.

Directors noted that support from monetary and financial policies would be important to help stabilize the external position. They recommended a gradual tightening of the monetary stance so as not to impede credit in support of economic growth. Directors welcomed the authorities’ efforts towards fostering financial inclusion and improving the regulatory environment.