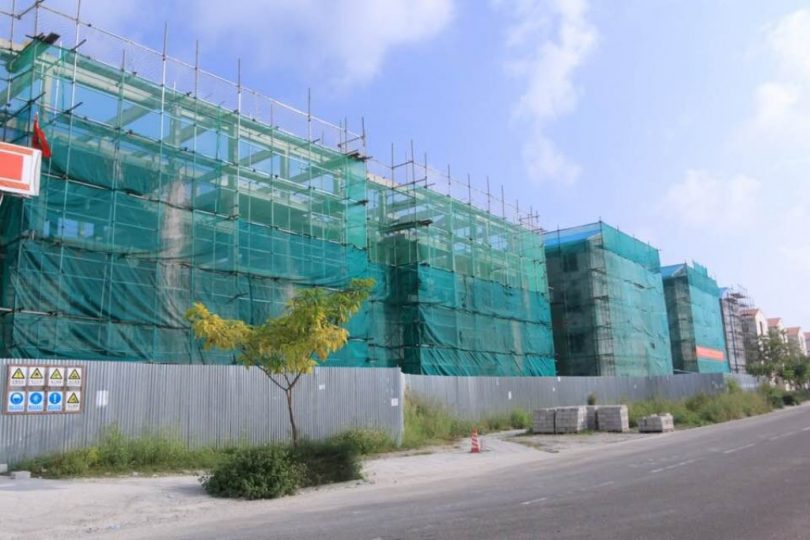 The original Dhivehi article was published on Avas.mv website on 22nd November 2017.

In Malé, Hulhumalé and other parts of the Maldives nice huge skyrise buildings are being erected and increasing. The result is an unbelievable growth of the construction industry. In the past 4 years this industry has had a 12% increase. In the recent years, it is a rapid rise of an industry that has never occurred before in the Maldives. This rise has also made a favourable impact to the Maldives GDP. In this vastly politically divided country, the full credit has been taken by the top officials of the current administration and applauding to President Abdulla Yameen’s great economic policy.

But fast forward to some days in the future, it is a catastrophic scene. It is the big storm Maldives economy will face in the long run. For sure on that day, there won’t be anyone to applaud.

Maldives current construction sector can be easily described as a soap bubble. Day by day the industries investments are on the rise. Like the soap bubble it will go on increasing to the moment it explodes. It is some kind of an illusion. Due to these high rise buildings, an economic crisis is imminent. And its social impact is even more. Let’s keep those aside for now.

Last week, under the Social Housing initiatives the government announced a 25-storey 62 tower project to be built on Hulhumalé island. In figures, it is 14,000 flats, or even more. Apart from this 15 private companies are developing thousands of luxury and semi-luxury apartment complexes. Moreover, especially for the Maldives Police and the army, around 600 flats are being built. This also covers housing for thousands of citizens.

As per the research conducted during President Mohamed Nasheed’s tenure, the Housing Ministry said at that time, Malé region needs 10,000 flats. In other words, it is the sustainable number for the real estate market or the housing market. If it goes above that number, then the supply will be higher than the demand. if real estate sector is flooded in this manner what will be the outcome? Or what is the research done to build 14,000 housing units in Hulhumalé?

Economic experts call such a situation as a ‘Real Estate Bubble’ or a ‘Housing Bubble’. Short and sweet, when more are built exceeding the demand in the industry, without the people to rent the units, the real estate companies will head towards bankruptcy. Ultimately, the companies are forced to sell those units in a low price, bearing huge losses. And due to the inability to pay back the loans taken to complete those buildings will also cause the banking sector to collapse. This kind of a situation emerged in the US from 2006 – 2012 period, it created a financial crisis and it had a ripple effect to the entire world from the impact of this financial disaster. 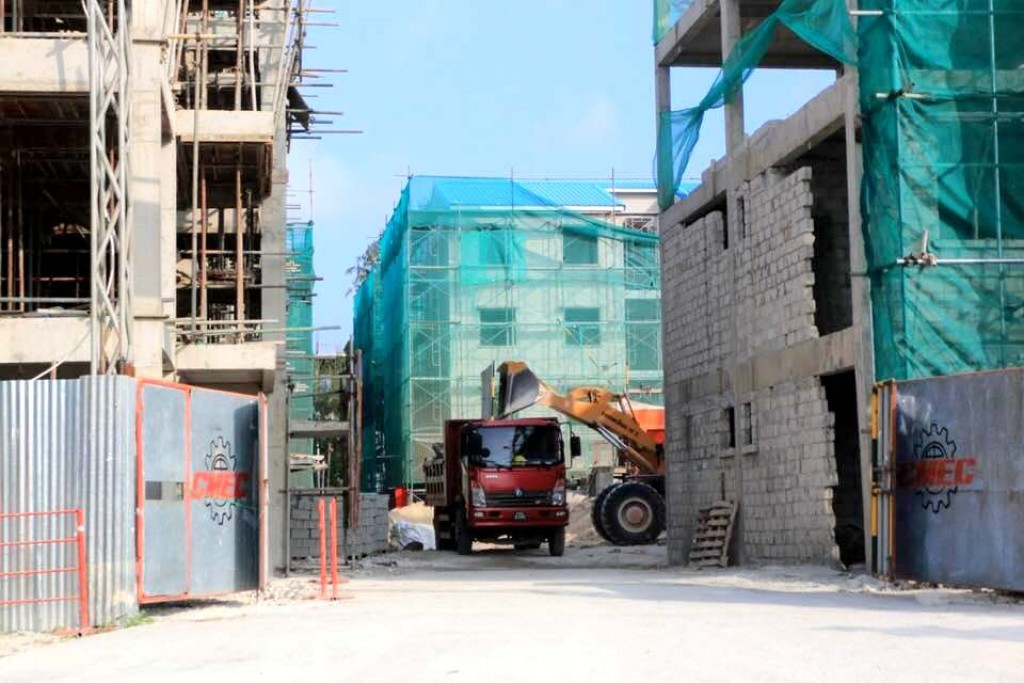 Even in China they are experiencing a similar situation. With the economic development their real estate developments piled up, constructing 100,000s of buildings they kept building big cities. Unfortunately, there we no buyers to purchase the flats in those cities and the cities remained like that. The outcome of not being able to pay back the billions of dollars spent on construction is the real estate companies getting trapped in their debts. Those towns became popular as China’s ghost towns (cities). The economic experts say that those kind of situations are not giving a real shake to China’s economy due its powerfulness. However, for a small nation like the Maldives where the economy thrives on just one industry, the economic impact might be even greater.

It is likely that in every speech of President Yameen he calls for citizens living in the outer island of the Maldives to leave their islands and come and live in Malé region is, perhaps, due to that fear. It is perhaps because he feels that demand for the government housing towers and private companies buildings rising up, can be created by overcrowding the current city where the citizens dwell. Perhaps he is imagining the big dark cloud rising above the economy. Something which is stark clear is that while the government towers meet the housing demands of y 100,000’s of people in an affordable price, they are also the ones to rent out the private companies’ flats. It is a very less likely scenario for a person to take upon the headache of a bigger debt by opting to purchase a luxury or semi-luxury flat when there is the option to purchase a cheaper unit under the Social Housing initiative.

When the current price of a housing unit is 2-4 million Rufiyaa, it is just a handful of people who can afford to pay the security deposit which ranges from MVR 400,000 to 500,000 to the banks to secure the flats. And those who can buy one flat and subsequently buy another expensive flat are even lesser. Therefore, who will be there to purchase those luxury flats? Those who can do so will be those who migrate to Maldives or tourists. However, does the Maldives has the required environment desired by these affluent people? 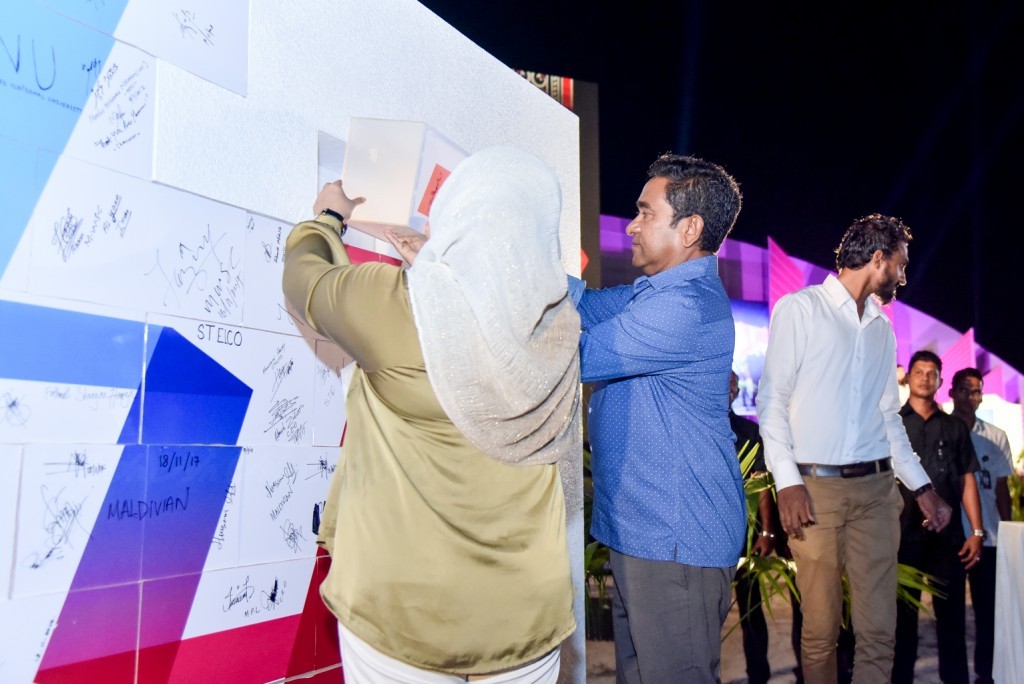 If such a situation emerges, all those luxury flats will remain unsold, vacant and might head towards obsoletion. A similar small example is the TATA flats. Most are vacant as people cannot afford them. Thus, those are ready to be sold, the biggest question posed is how many can afford to buy them.

When the current buildings are built financed by banks, if the construction companies are unable to pay them back, what kind of a rut will the Maldives banks slip and fall into? If that happens, then the banks will not be able to provide finance to private companies. Then there is the fear of losing jobs of many when such a situation happens. Doubt there is any Maldivian who didn’t know what happened to Bank of Maldives Plc, a few years back, when a couple of big loans became default.

Next is overcrowding Malé region and creating the demand. However, how many Maldivians has the financial capacity to move to Malé and spend extensively? Definitely, it is just a few. People living in the outer islands leads a happy life, living off with the just the required amount they earn with the occupation that they have. For those who are accustomed to such a living, to convince them to migrate to Malé is beyond my thinking. Yes, you can make it a mandatory thing, put a gun to their heads and gather them to Malé.

Therefore, although the real estate sector is expanding and boosting, it doesn’t bring happiness. Increasing more flats and overpopulating Malé, doesn’t bring happiness either. Instead, it is wiser to think that with this real estate boom, Maldives economy is heading towards an unknown ditch. Perhaps it could be the reason that years after beginning the construction, most of the luxury flats in Hulhumalé still remain unsold, and the companies are frantically running around due to that. When the towers come up, the current situation might go even worse and the companies might fall into a big problem. Therefore, it is advisable to think deeply about this. It is not even close to start applauding.