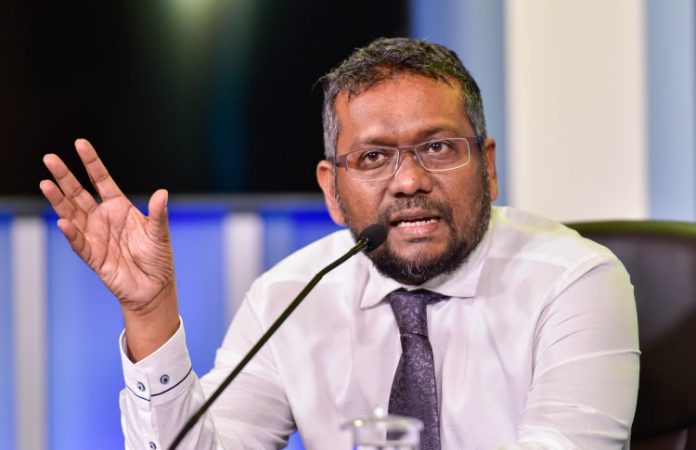 Economic Minister Fayyaz Ismail has made a statement revealing that the government hopes to repatriate at least 20,000 undocumented expatriate migrants in the Maldives before the end of the year, 2020.

Speaking at the Parliament, Minister Fayyaz said the adjournment of bringing in blue-collar workers from Bangladesh was effective in stopping the illegal entry of Bangladeshi citizens, which in turn decreased the number of undocumented migrant workers in the Maldives, on Monday.

The minister had highlighted the government’s regularization program organized to register undocumented and illegal expatriate workers was well received, and that numerous workers are cooperating with the repatriation opportunities provided by the government as a result of the program. Regarding this, over 4,000 laborers have been repatriated to date, said the minister.

Minister revealed that Maldives come across serious migrant issues and that it would take time to solve the matter appropriately. Regardless, whichever action that is taken now to address the issue will be taken, assured the minister.