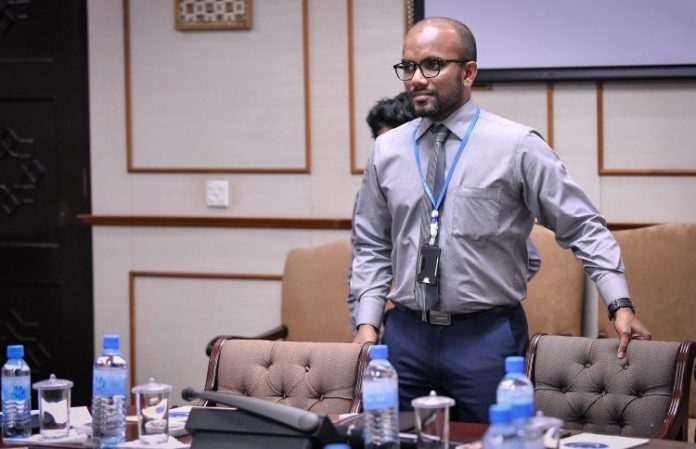 The Minister said so in response to the ongoing discussion to set a minimum wage amount, stating that if the current amount being discussed was approved for expatriates the country is estimated to lose up to USD 270 million.

Speaking at Joint Committee on Economic Affairs, Minister Ameer stated the approval of minimum wage will result in a higher payment for expatriates and most of this will consequently move out of the nation as foreign currency.

The statistics of Maldives Monetary Authority (MMA) revealed that during the last year, 75.1 million USD (MVR 1.16 billion) had moved out of the country has foreign currency.

The minimum wage will take more money out of the country than the amount in the National Reserve, Minister Ameer said, adding that it would create several economic challenges.

MMA statistics show that the National Reserve had USD 311.3 million at the beginning of the year. Given the fact that resorts have been closed for the past few months, the Minister said that no foreign income had been received.