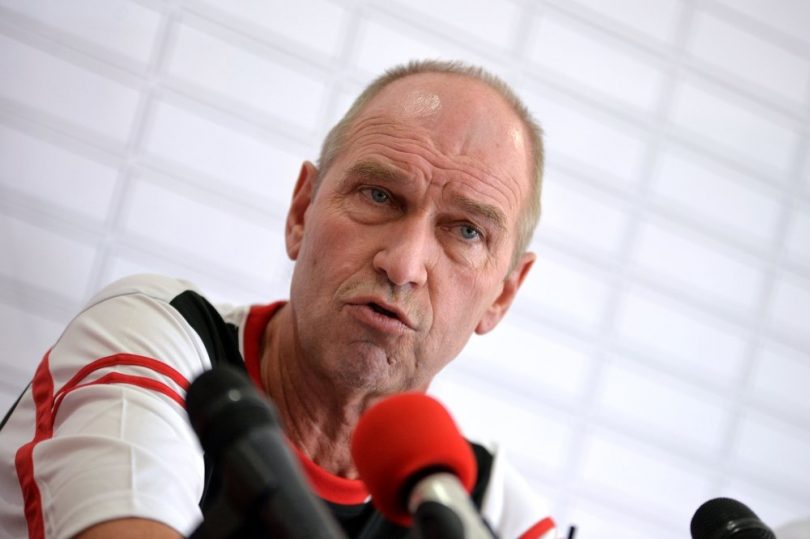 Muscat: An outright victory over a lowly Maldives in an away final round qualifier is all Oman need on Tuesday to seal their place in the 2019 Asian Cup.

The Group D match to be played at the National Stadium in Maldives capital city of Male is scheduled to kick off at 8.00 p.m. Oman time.

And according to the Asian Football Confederation (AFC), wins for Palestine and Oman will take both teams to the finals of the 2019 Asian Cup though Maldives can stay alive by avoiding a defeat, which will also delay Bhutan’s elimination. Palestine will host Bhutan in Hebron on Tuesday.

Oman is already boosted by the return of key players to the team, including goalkeeping great and captain Ali Al Habsi. Also making a return to the team are mercurial midfielder Raed Ibrahim and star striker Abdulaziz Al Muqbali.

The trio was part of the team’s recent training camp. And ahead of their trip to Maldives, the trained in Dubai and played an international friendly against Jordan, which ended in a 1-1 draw.

Speaking on the eve of the match, Verbeek said: “After the friendly against Jordan, we have made some changes to our plans. The main objective is to win all three points and book our place in the Asian Cup finals.”

“Playing Maldives at their home is not going to be easy. But I hope our players will give their best and win the match,” he added.

Ali Al Habsi, while thanking the Maldives Football Federation for giving a warm welcome to Oman team, also said the Sultanate’s squad will play to win all three points.

Maldives will fight to the end

Meanwhile, Maldives coach Darren Stewart said he is aware that a defeat will end his team’s hopes of appearing at the 2019 AFC Asian Cup finals.

But with one win under their belt against Bhutan, Maldives will look to, at least, avoid defeat against Oman.

“As always we will be out there trying to win, if we win we are still in it, but if we lose we are out,” says Stewart. “So we will give it everything against one of the Middle East’s most powerful football nations.

“Oman is a very organised, and an extremely strong and fit team who have been on numerous camps to qualify for the Asian Cup, so we, the players and the coaching staff, know what we are up against. ”

A loss coupled with anything other than a defeat for Palestine against Bhutan would leave the Maldives six points adrift of the Omanis, having lost twice to the Gulf state during the campaign.

With head-to-head records counting in the event of a tie between countries, the Maldives would be incapable of climbing over Oman in the standings and would be destined to finish outside the top two places which secure berths at the finals of the Asian Cup in the United Arab Emirates in just over a year’s time.

“As you know, we have a tough group and to still be in with a chance of qualifying with three matches to go is a testament to the effort of all the players,” said Stewart.

“That’s especially the case considering our lack of preparation compared to nearly all the other teams in the qualifying stage for one reason or another. This is a fact, but at the end of the day I am the coach and I will take full responsibility no matter what.”

Despite the challenge that the Maldives has faced against the bigger teams in the group – Oman has appeared in the Asian Cup Finals on three occasions while Palestine made their debut in 2015 – Stewart believes the campaign has brought positives for the country.

“ We will benefit in the long term from our experience in this competition, especially in terms of being fitter and our organisation in preparing for all our matches,” he said.

“If we don’t learn from this great experience then it has been a waste of time as every single player has given absolutely everything they had in every match. I am very proud to be their coach.

“Fitness and preparation are the main issues we will all learn from. For example, for our first match against Palestine, we had six days preparation and Palestine had five weeks in Qatar with four friendly matches preparing for our match.

“This is not an excuse, it’s a fact and one I hope we all learn from.”